Grant Mulvey after scoring a goal in his rookie season of 1974-75.  If you'd like to read a bit on Grant check out his bio on Joe Pelletier's Greatest Hockey Legends.com. 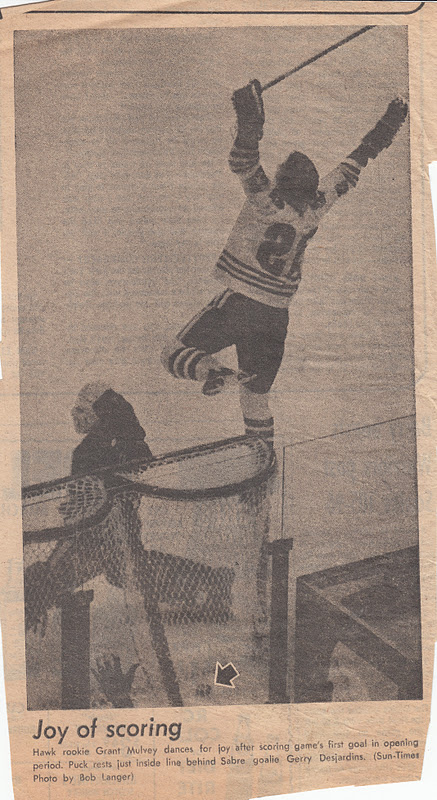 I'm assuming this is one of the quarter-final games of the Stanley Cup playoff in 1975. There's a blurb on the back side that quotes Mel Stottlemyre about signing with the Tigers after having been released by the Yankees. --- I just did a little more research and found that the exact date is April 18, 1975.
Posted by Hackenbush at 6:00 PM