Hope your pumpkin patch was the most sincere.  I'm currently off of candy so someone has my permission to double their share. 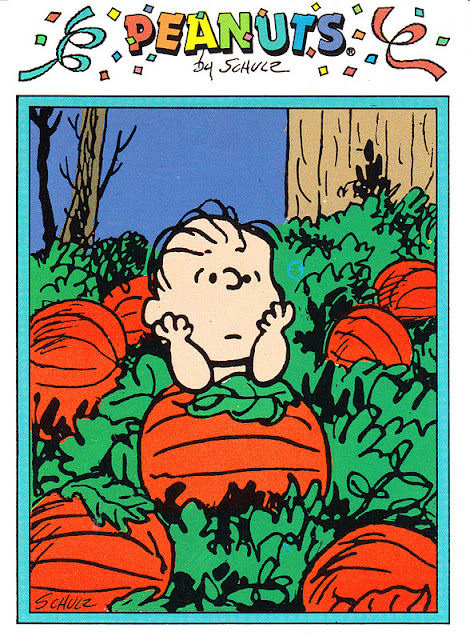 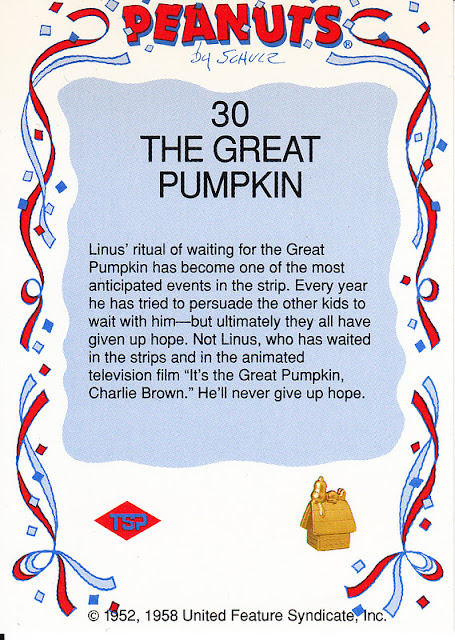 Hope your pumpkin patch was the most sincere.  I'm currently off of candy so someone has my permission to double their share.

Posted by Hackenbush at 7:00 AM No comments:

It's a great night for all Cubs fans but especially for those of us who have lived through decades of "wait until next year".  I'm not a religious man but I would like to think that there's a heaven where those who've passed are celebrating with us.  My thoughts go to my favorite Cub Ron Santo, his teammate Ernie Banks and especially to my Dad, who shared his love of the game and the Cubs with me.  Below is his picture that most of you have seen before, and my very first post. 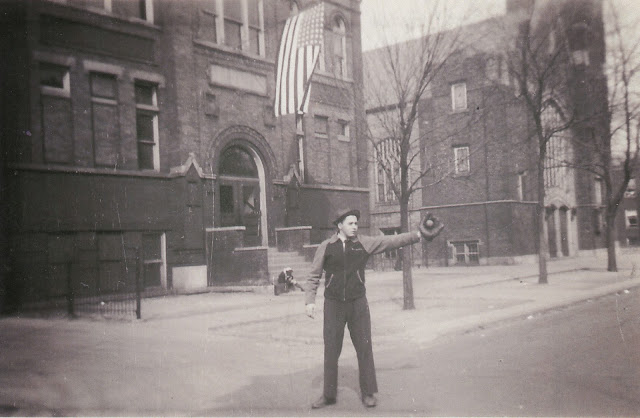 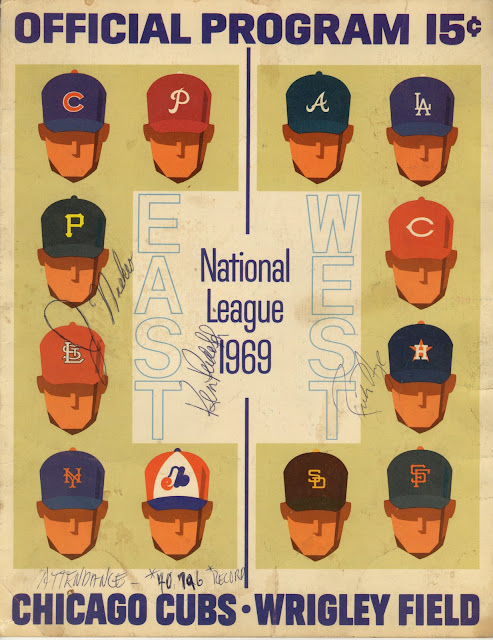 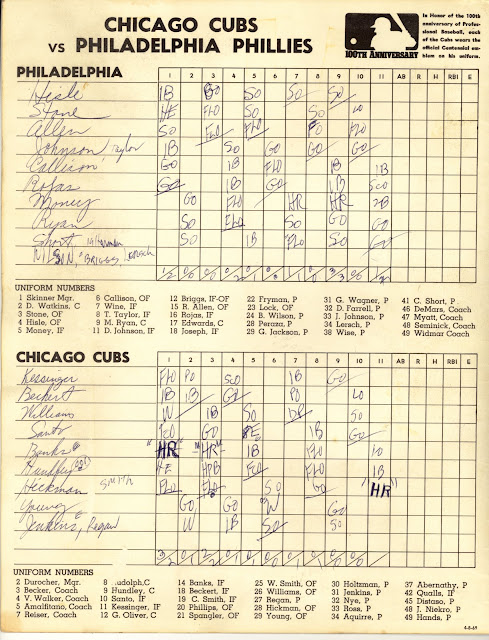 Here's the scorecard filled in by my Dad (even as an adult my handwriting was never nice as his). Cub fans remember this game for the last at bat in the 11th inning. The Cubs were trailing by a run. With one out and Randy Hundley on first, Willie Smith, pinch-hitting for Jim Hickman, homered to right center to win the game. I can't say I remember much of the previous action, including Ernie Banks' two home runs, but I do remember that moment. My Dad is gone now but looking at this scorecard brings back the memory of him jumping to his feet and hollering for joy.
Posted by Hackenbush at 10:58 PM 5 comments:

This is a more or less random card I pulled out of a box.  My first thought was "where did Night Owl rank this one".  Really.  Funny thing is I made a comment on his blog (in 2009) and picked this one as my favorite of the 1970's.  Maybe it's because I was 12 years old when I pulled it from a pack and stopped collecting for a while after 1975. 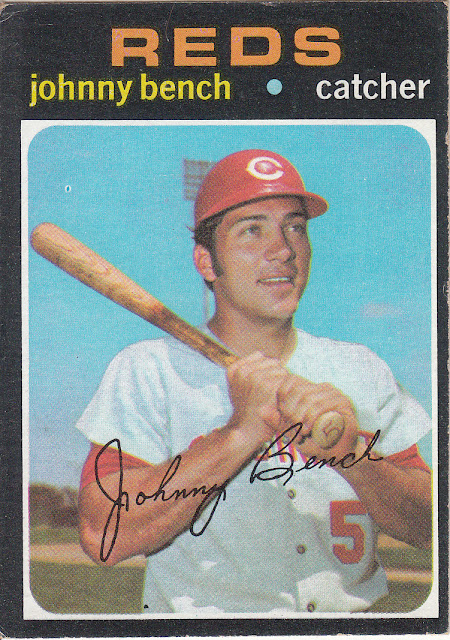 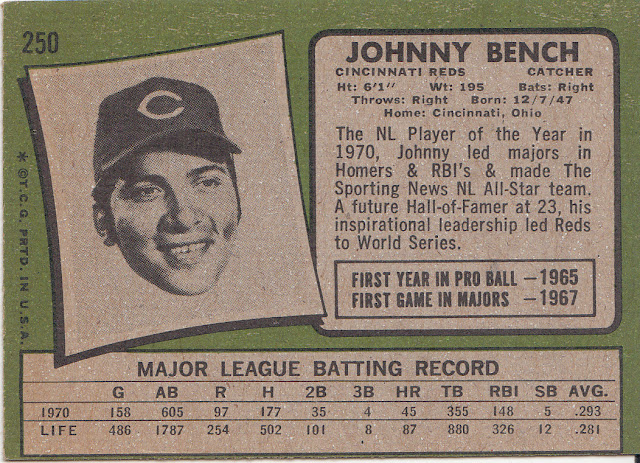 Well, the NHL season has begun.  My team is off to a slow start at 1-2 but they did pick up their first win on Saturday night against the Preds riding Richard Panik's hat trick.  Upper Deck Series 1 is due out in less than a month but I realized that I never posted any of last year's Series 2 cards.  So in no particular order, here are a bunch of my favorites. 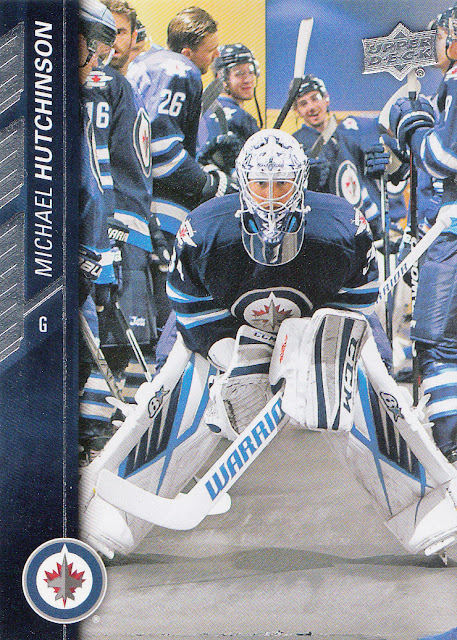 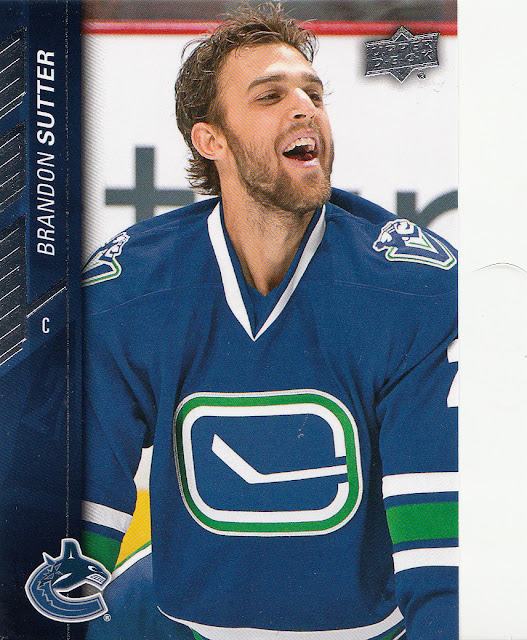 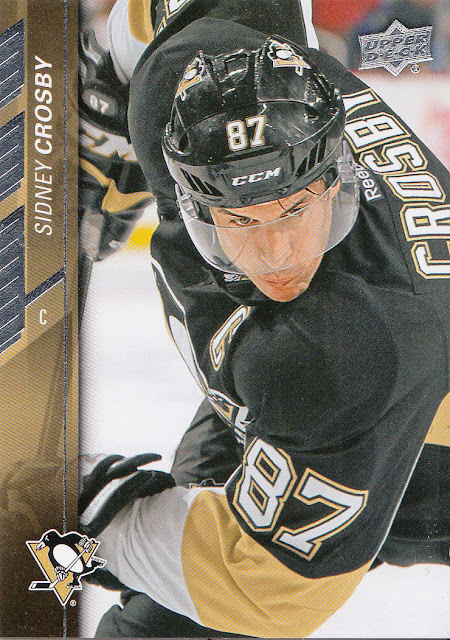 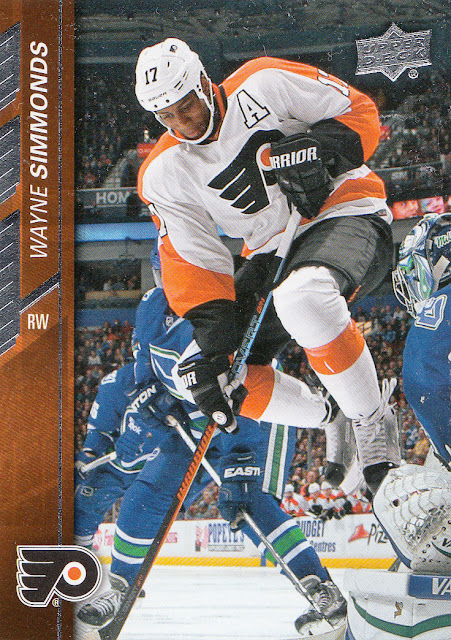 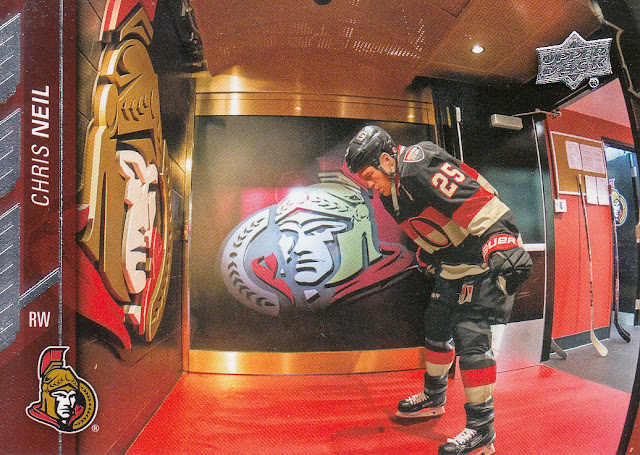 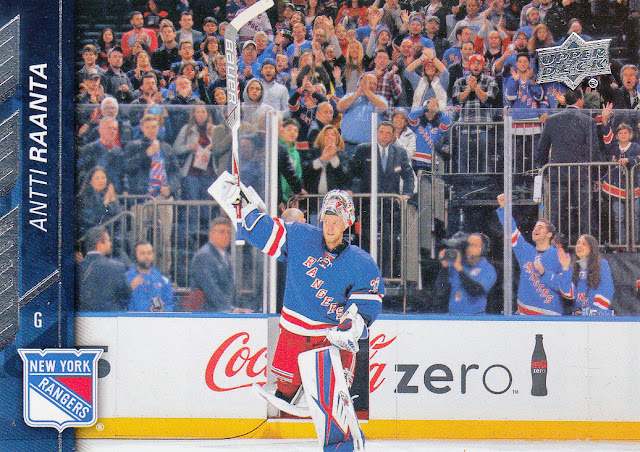 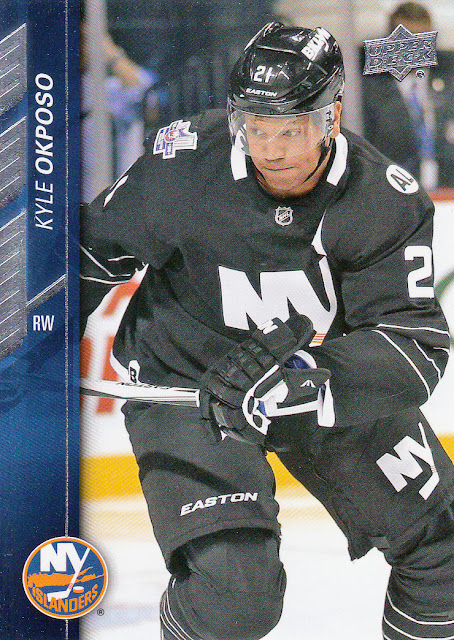 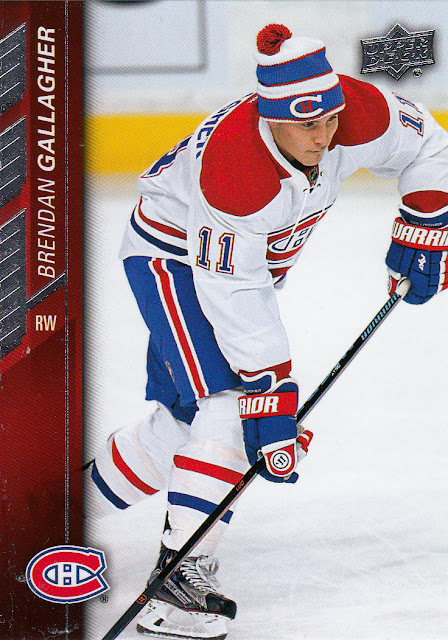 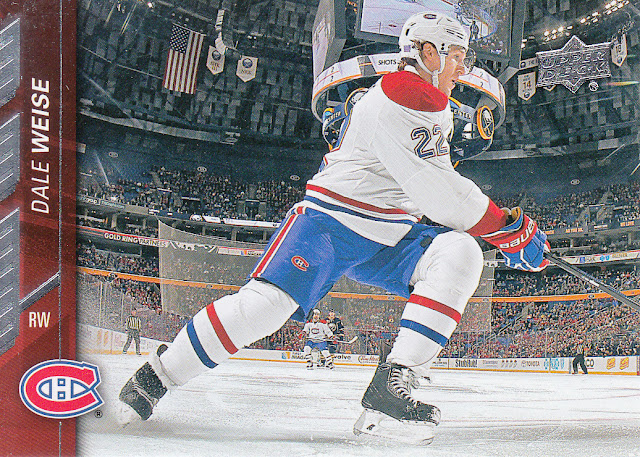 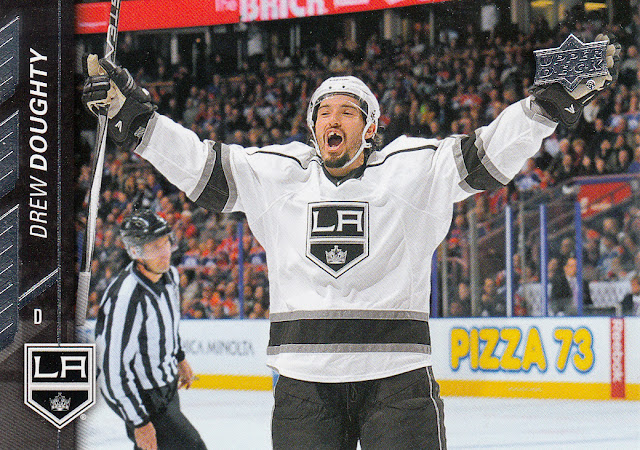 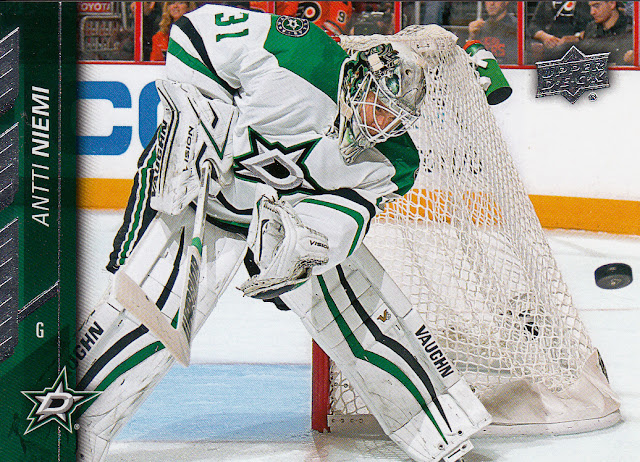 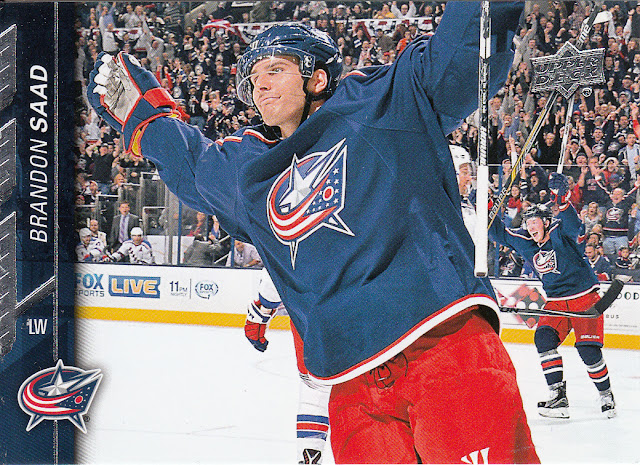 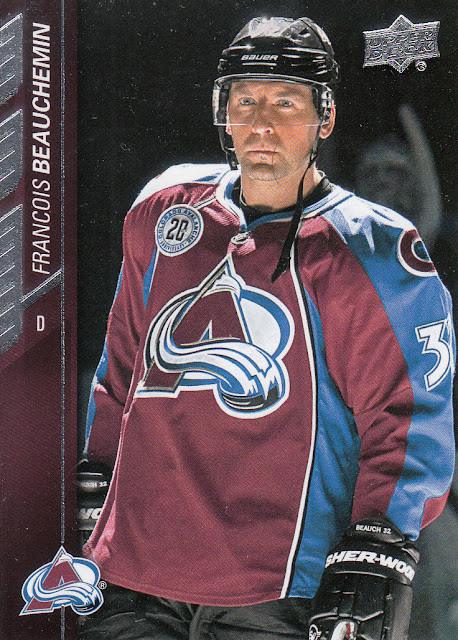 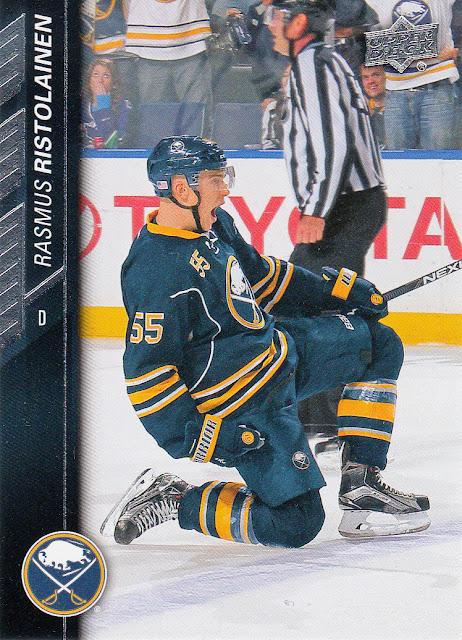 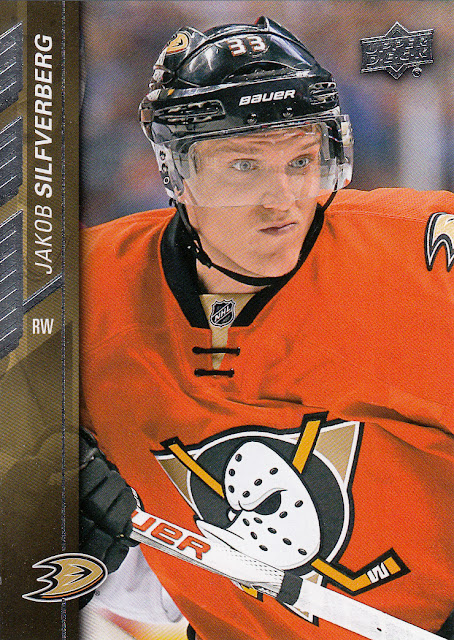 A Couple of Unusual Sports Books

I have a couple of book recommendations for you today.  The first is a new one that I just finished reading.  In a nutshell it's a fictional memoir of a Washington Redskins coach who discovers a woman who becomes the first female player in the NFL.  Here's an exerpt:  http://lithub.com/the-legend-of-jesse-smoke/ 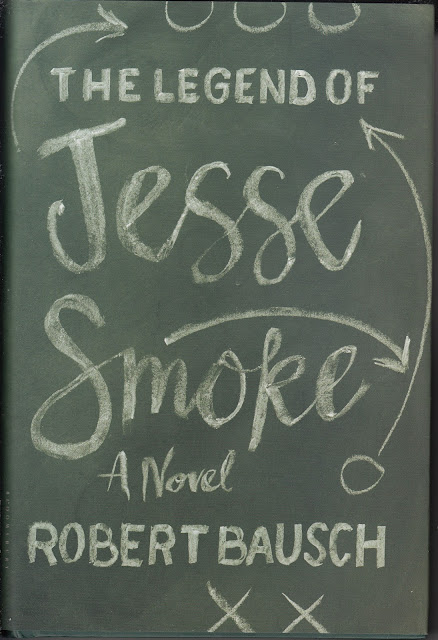 This one is out of print.  I bought it new, in 1995 according to the Borders sticker.  While Robert Bausch is a "literary" novelist, Gorman Bechard is more of a pop fiction writer (he's also a filmmaker).  I find it hard to remember what I had for dinner yesterday so I can't give you much on a book I read over 20 years ago other than that I recall liking it and have saved it all this time. 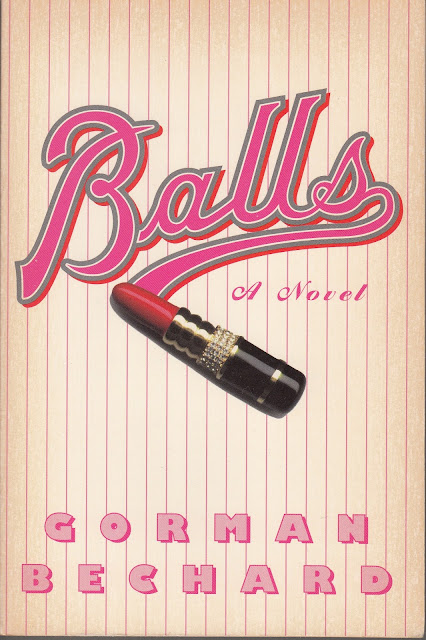 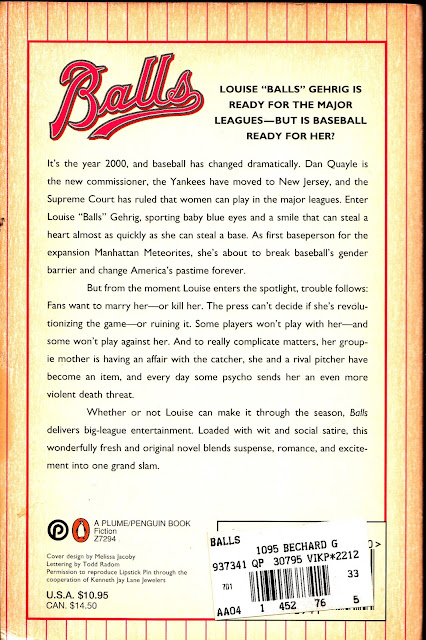 Anybody read any similar "sports fantasy" books?  I know there's a fictional account of Bill Veeck's fielding an all black team before Jackie.
Posted by Hackenbush at 2:40 PM 3 comments: