I would guess that most of us have a special affinity for a time period not our own.  Mine is definitely from around the 1880's to the 1930's.  I love the architecture, the style, the music and the literature.   Hey it's the time of the Eiffel Tower, The Marx Brothers,  Babe Ruth, F. Scott Fitzgerald  and The Empire State Building, the Wright Brothers.  You get the idea.  I can't really say that I'm a fan of silent movies but the actresses were beautiful.
I just recently picked up these five cards from a set of 25 put out by Rothman's in 1925.  Their condition is almost too good to be true.  The Rothman's brands, including Pall Mall, though not under their original owner are still around.  The backs are all the same so I put one at the end. 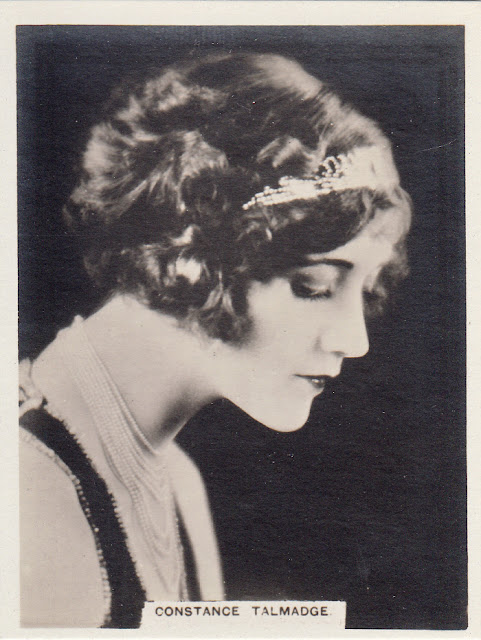 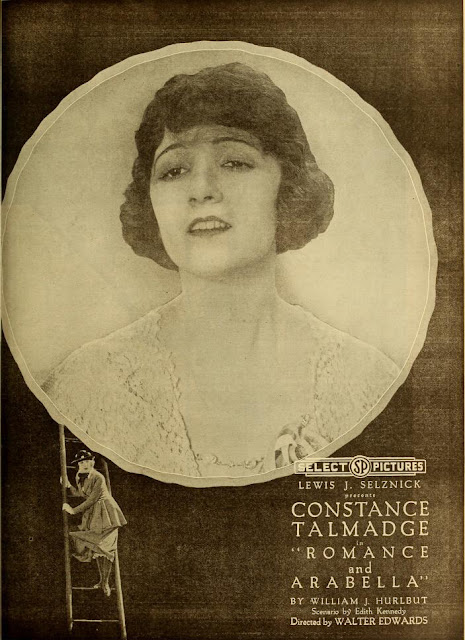 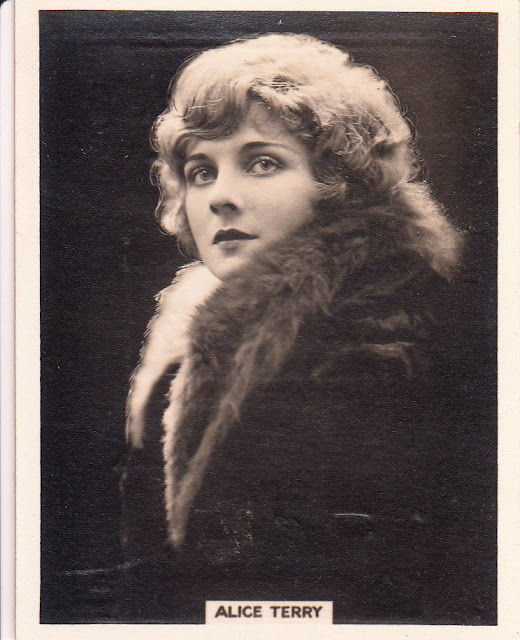 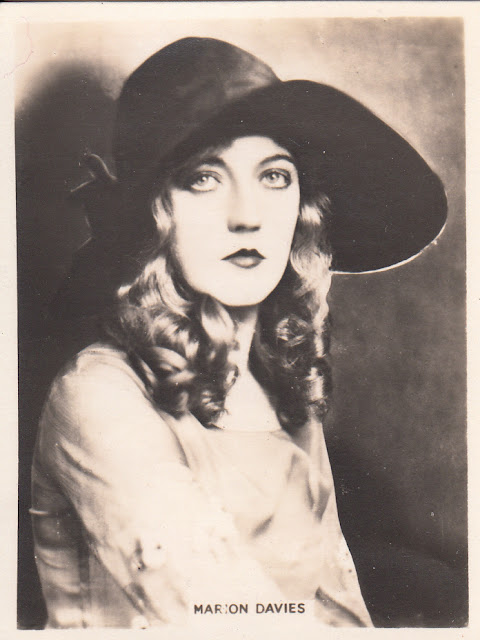 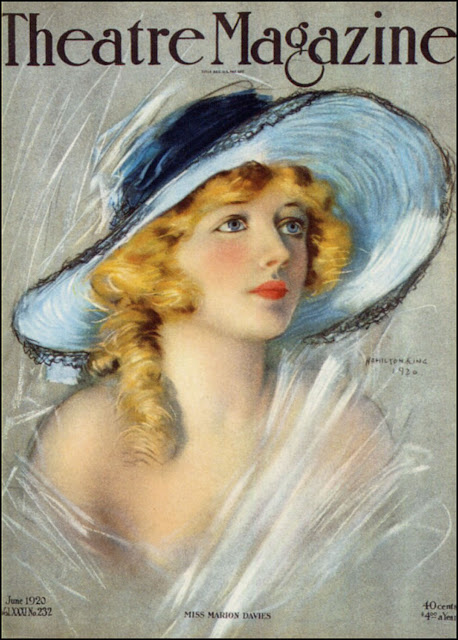 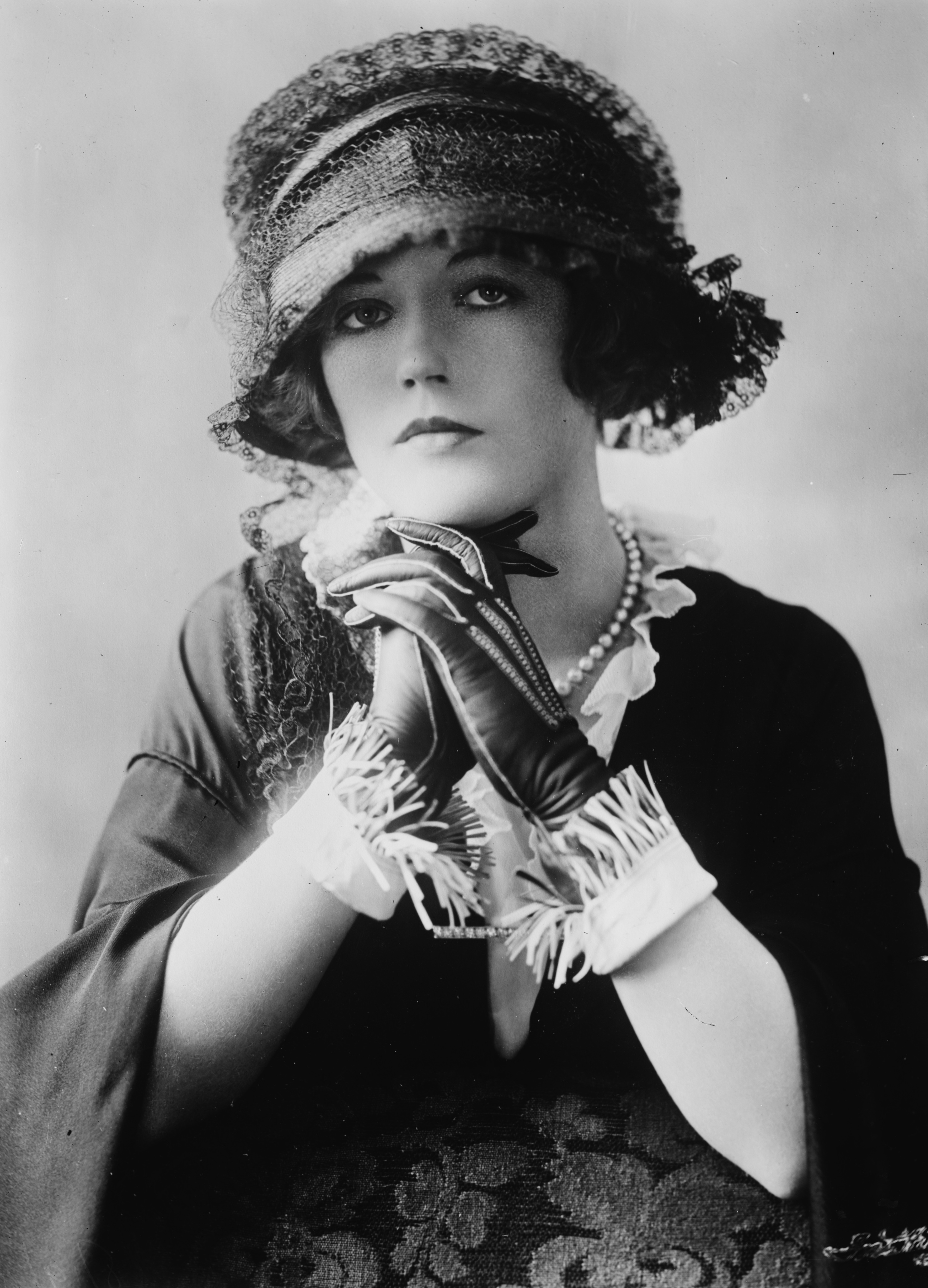 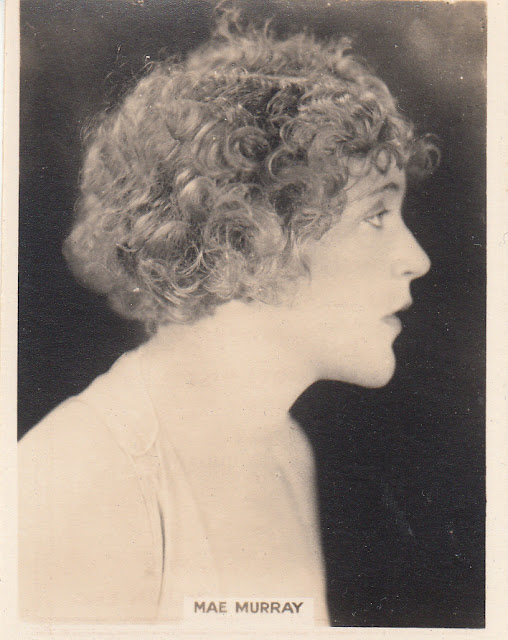 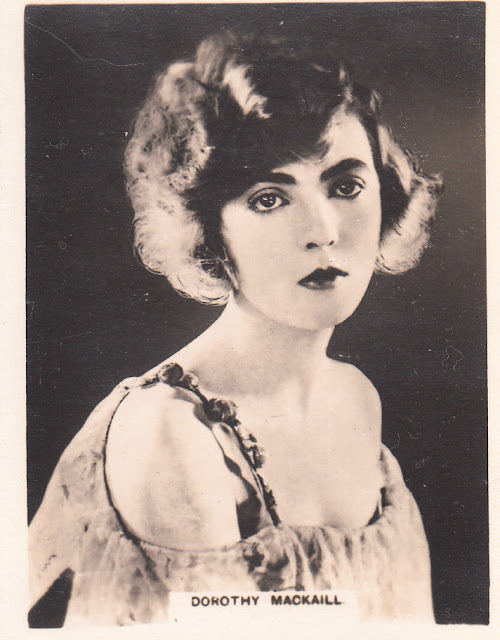 The backs are identical except for the card number. 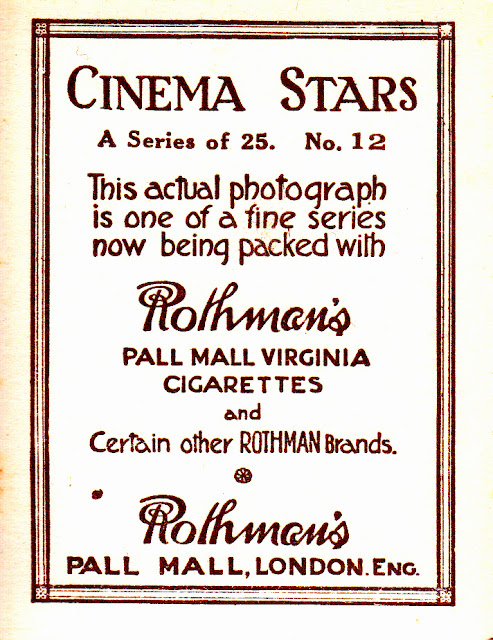 I'm assuming that Ron Santo's family or whoever is running his estate signed an exclusive agreement with Panini in terms of using his image for trading cards.    While fans/collectors of Ernie Banks, Billy Willliams and Ferguson Jenkins can find some nice Topps cards, Ronnie's fans are left with a smattering or less of logoless Un-Cubs Paninis.  What makes this all the more sad is that this happened after Santo's overdue election to the Hall of Fame.  I can't in good conscience go after all the variations but I did pay a buck for this blue framed serial numbered to 99 Diamond King.  It's not Panini's fault and other than the missing logos it is a nice looking card.  The back stresses Ron's  passion for helping those fighting juvenile diabetes, the disease that  shortened his career and contributed to his death.  Ron sure would love this year's Cubs team even if he might forget his name and call Kris Bryant, "Big Boy". 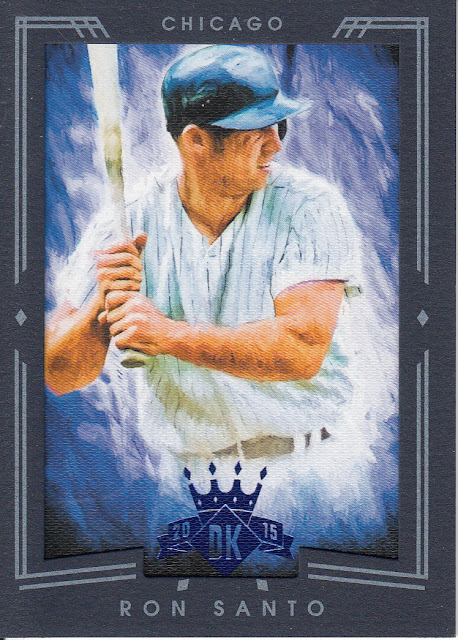 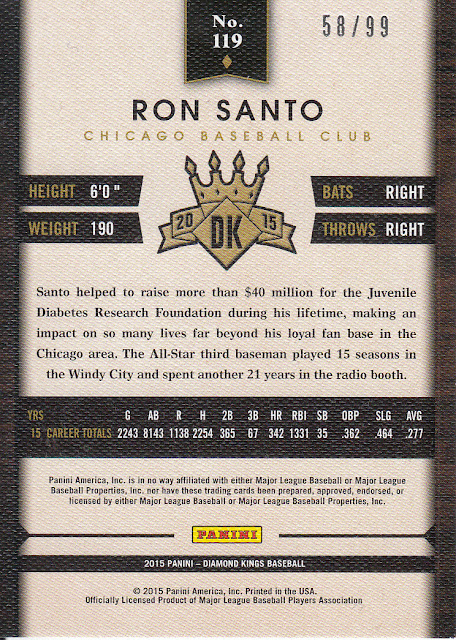 I'm still basking in the Blackhawks glow.  The Chicago Symphony Orchestra paid tribute the other night.  The original version by The Fratellis follows.

"We will play for you now, "The Chelsea Dagger".

Is the original better?  They certainly are different.

Posted by Hackenbush at 3:14 PM No comments:

The alliteration made me do it.  I'm serious though.  I collected these during the Piniella Era.  Now that we've entered the Maddon Ages I'd be happy to pass them on.  No strings.  First come first served.  Comment, then send your details to dballen323 at gmail. 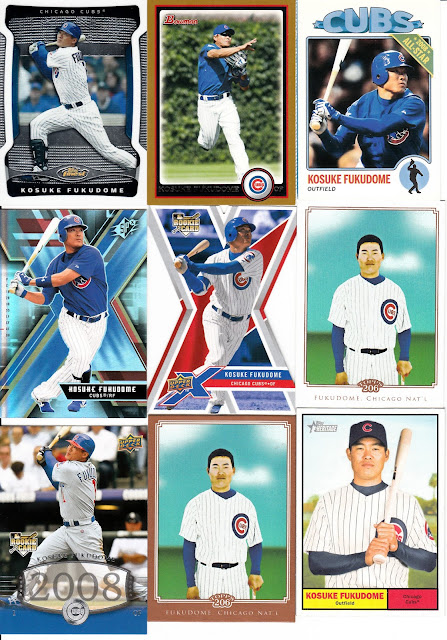 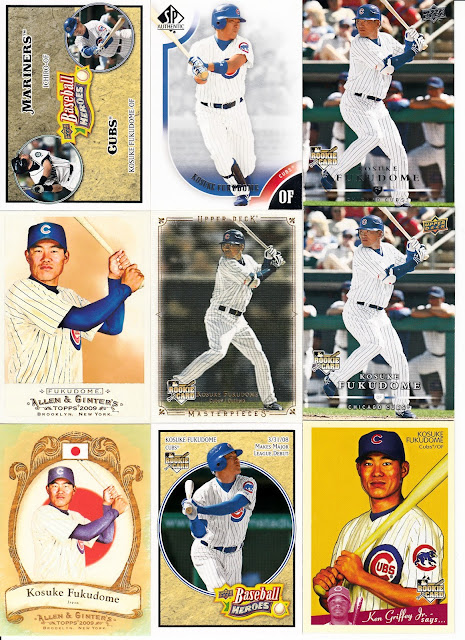 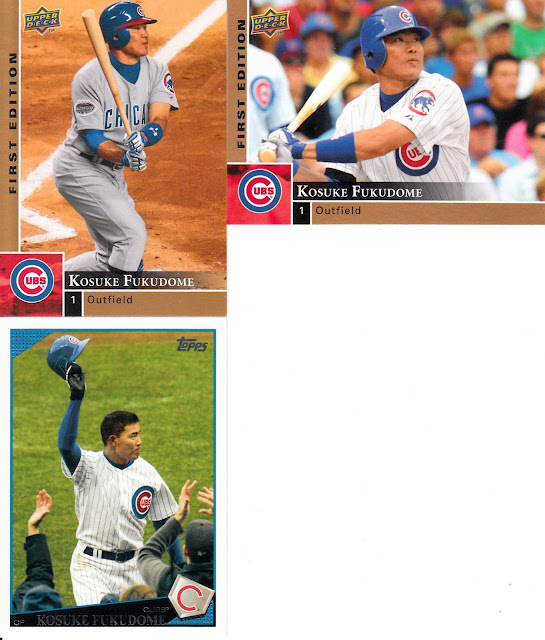 My purchases this year have been few but more focused.  I've pretty much stuck to the collecting goals I set last fall.  This group falls under #9, 1940's-1970's Non-Sports.  They're from an 80 card set put out by Topps in 1956.  It's a bit hard for me to imagine a kid seeing these in a store back then and saying, "Mommy, Mommy I want some flag cards! Please!"  I guess it was a simpler time. As an adult in 2015 I can appreciate the nice graphics on the front and the simple but fun backs. 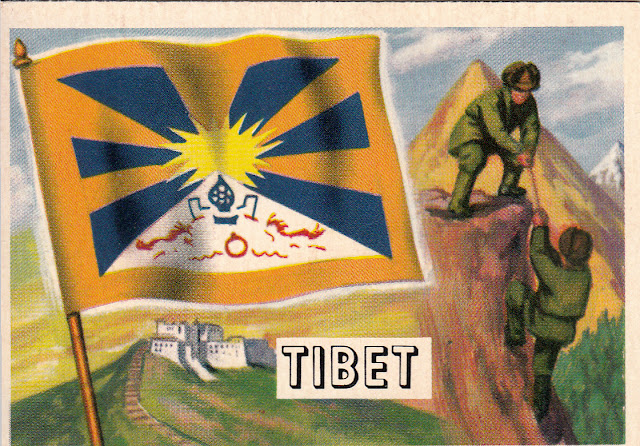 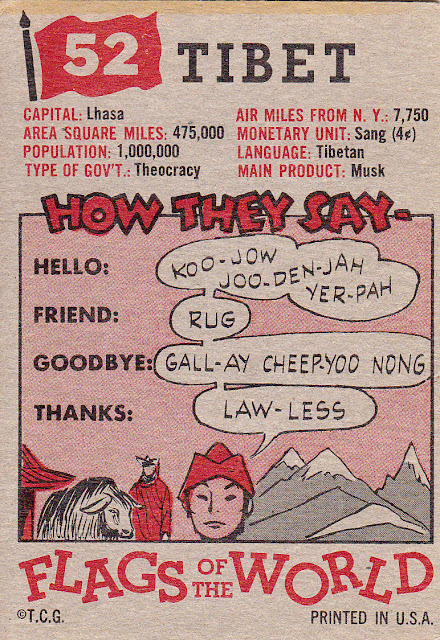 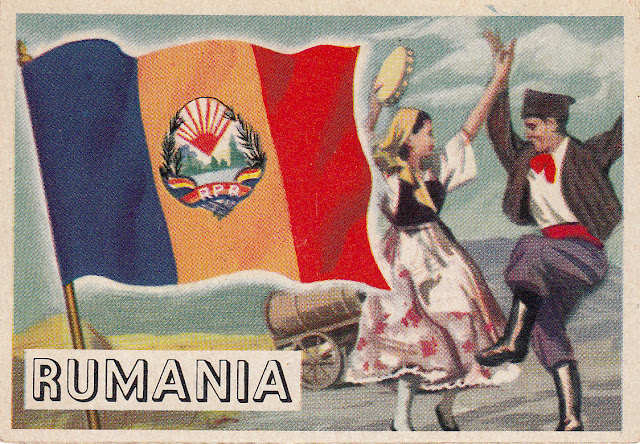 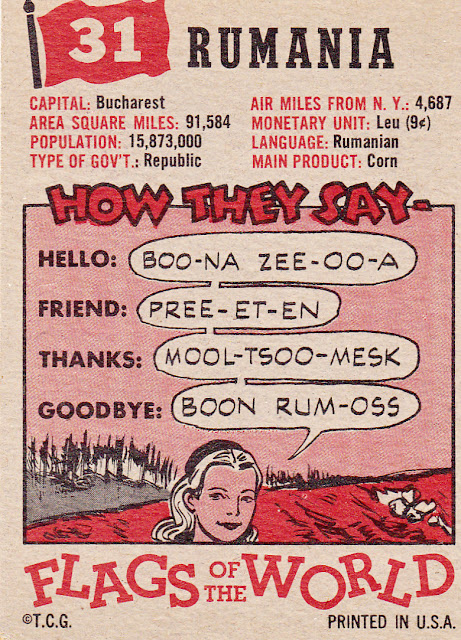 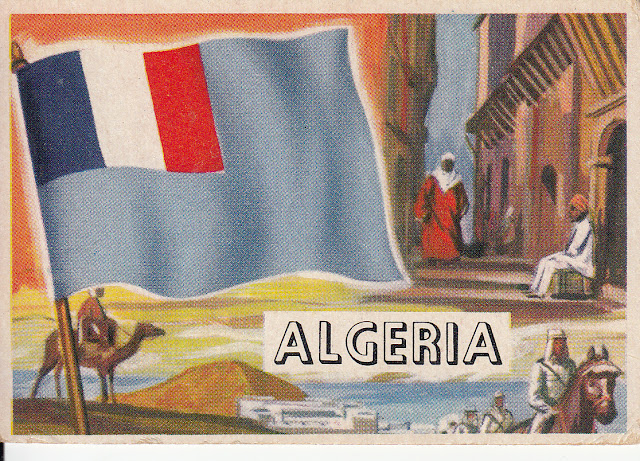 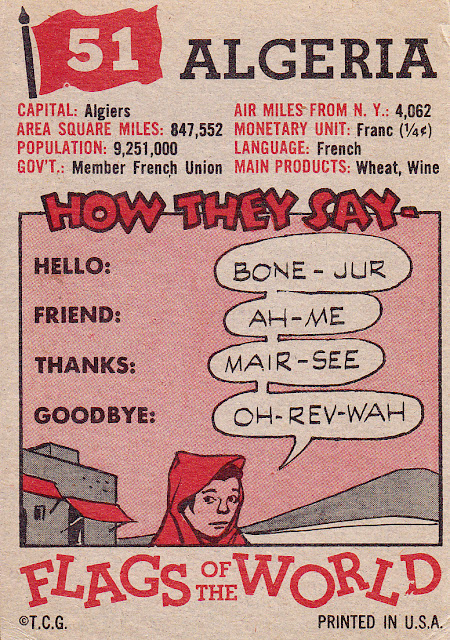 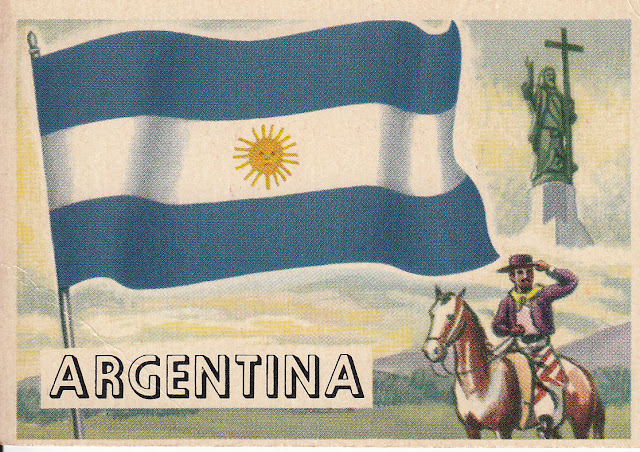 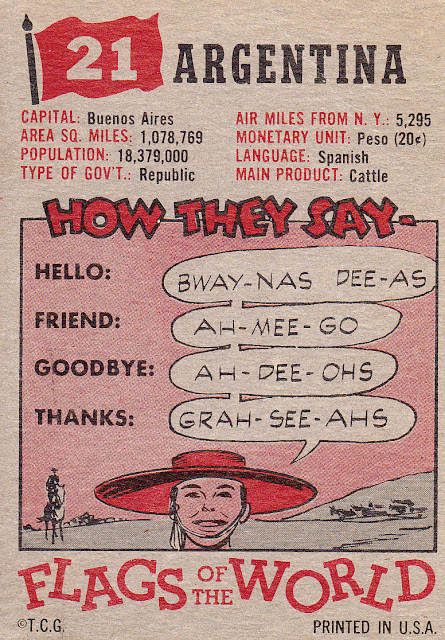 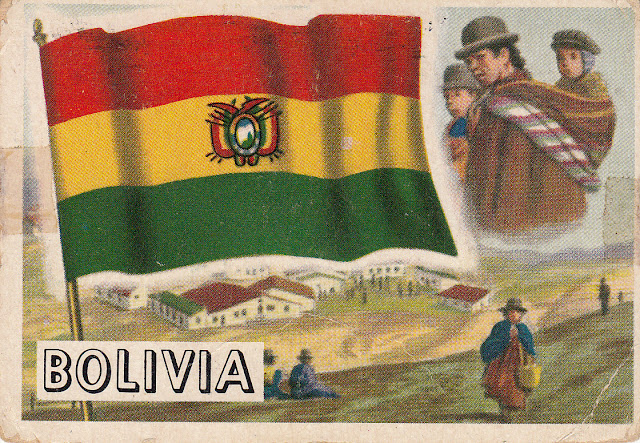 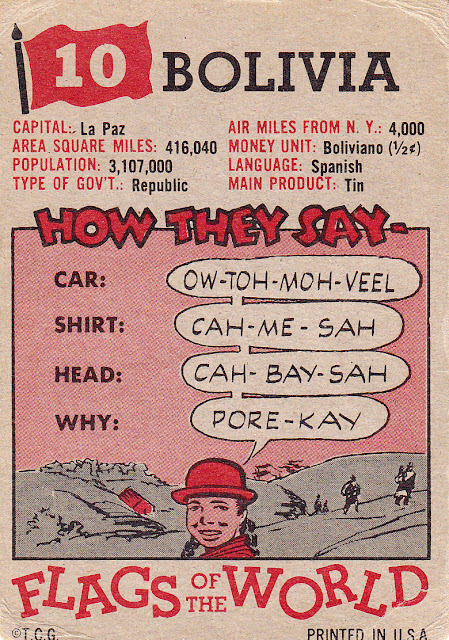 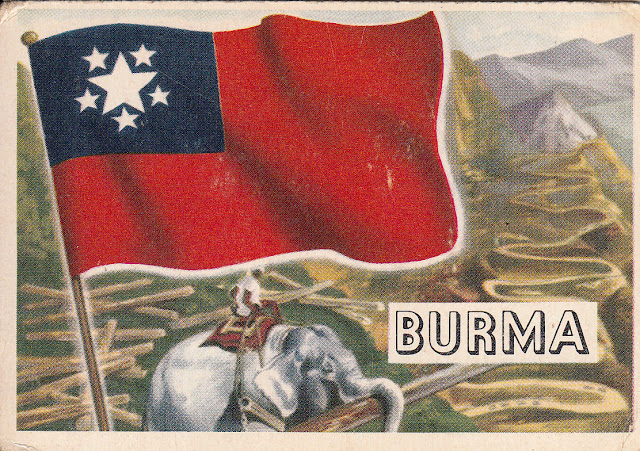 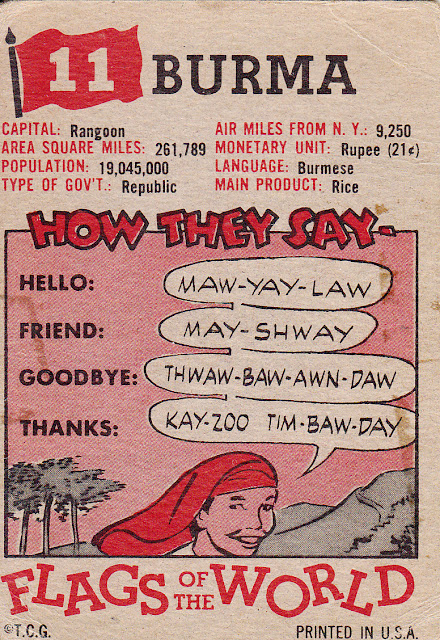