Big and Small We Love Them All

Get ready for a little deception.  Here is what may be the first Ron Santo card that Topps has produced in years.  Ron's not wearing his uniform but I'm guessing he does have on his "gamer".  If you're a Santo fan you'll know what I'm talking about.

I recently picked up these two cards, actually buying the second one first.  The gold version is numbered 5/10.  It's a little hard to see but it's in silver at the bottom left hiding in the Wrigley ivy.
Both cards are set at x-large on Blogger.  Are they the same, though.  Scroll down for the answer. 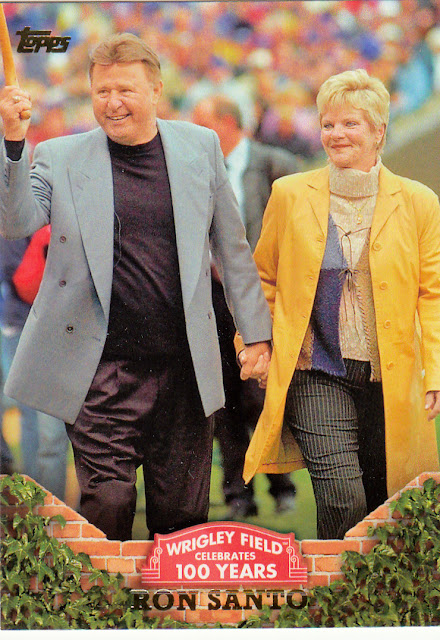 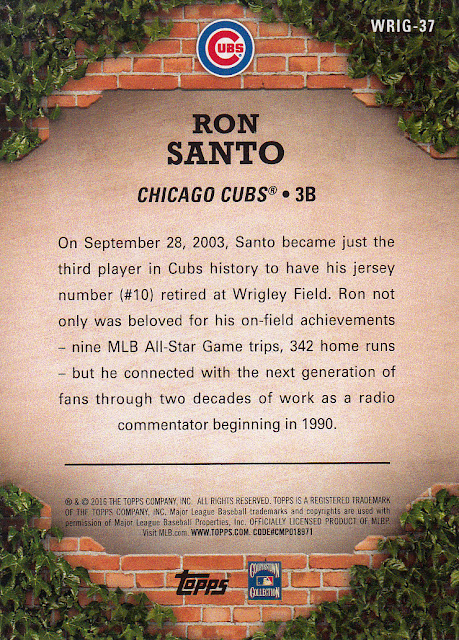 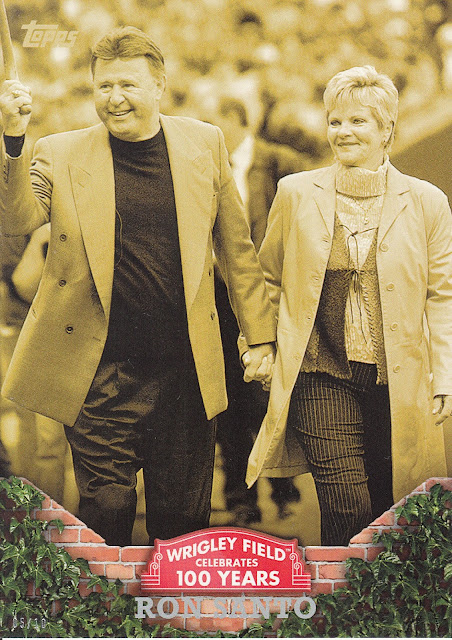 Here they are in the same scan.  The gold version is a full 5" x 7".  I'm guessing Topps issued these online as a set.  Right?  I was glad to add a couple of new cheap cards to my Santo collection.  As I write this the Cubs are sitting at 100 wins for the first time in over 80 years.  As Ronnie would say, "THIS IS THE YEAR!" 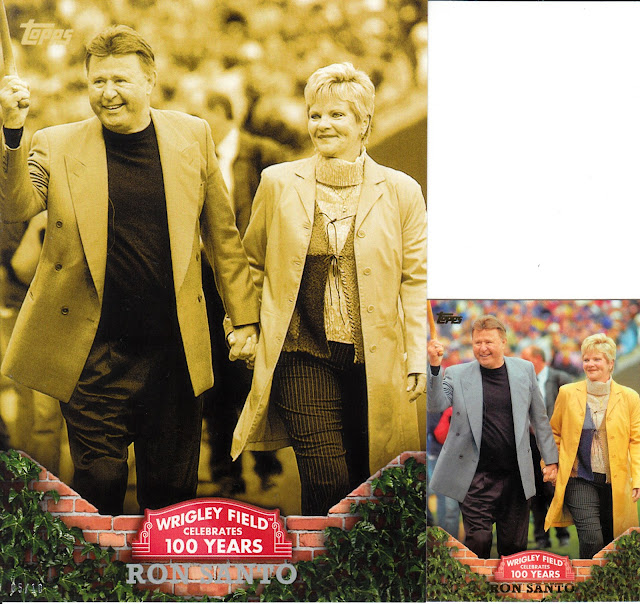 Posted by Hackenbush at 5:30 PM No comments:

Not a Good Day 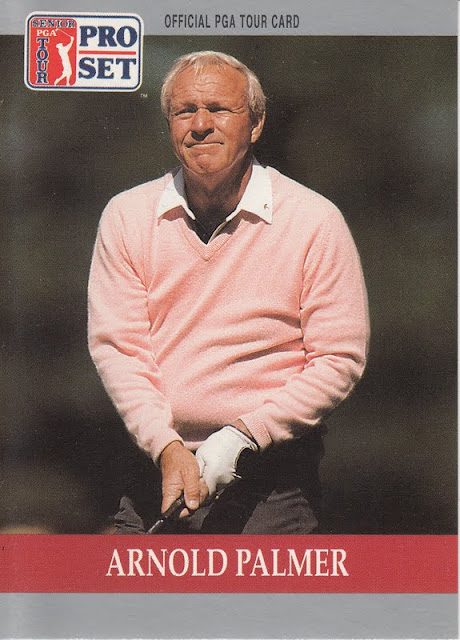 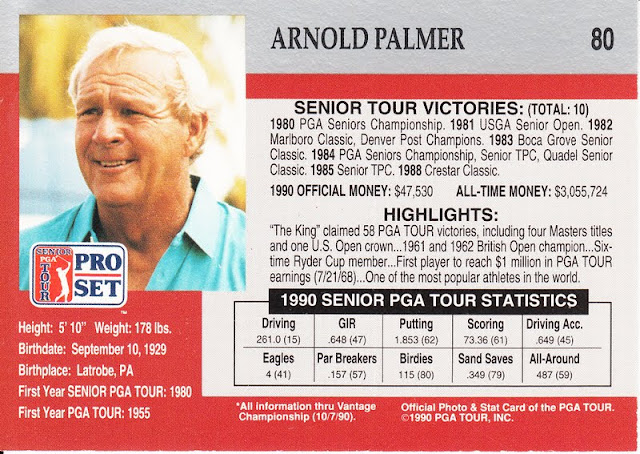 Posted by Hackenbush at 8:49 PM No comments:

I've only purchased two actual packs of new cards this year and they were typically (for me) so dull that I didn't think they were worth boring you with.  Recently I did a bit of Ebay bargain hunting and came up with my own "pack".  These eight cards, all won in separate auctions, were $1.24 shipped.

I know the "Perspectives" concept got mixed reviews but I like it. This is the Chrome version. Ichiro must be one of the most universally respected guys in the game.  Who would have believed when he joined the Mariners at age 27 that he'd go on the join the 3,000 hit club?  Amazing! 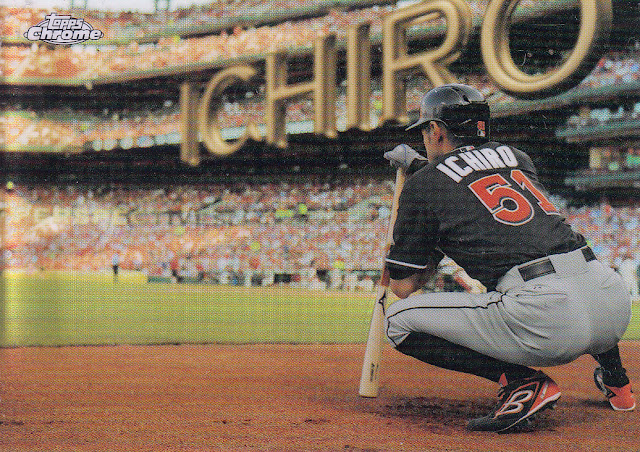 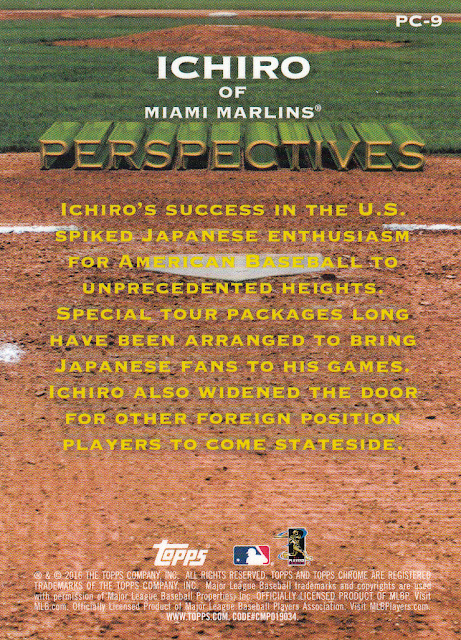 Not a rookie card but a nice example of one of the "faces of the game". 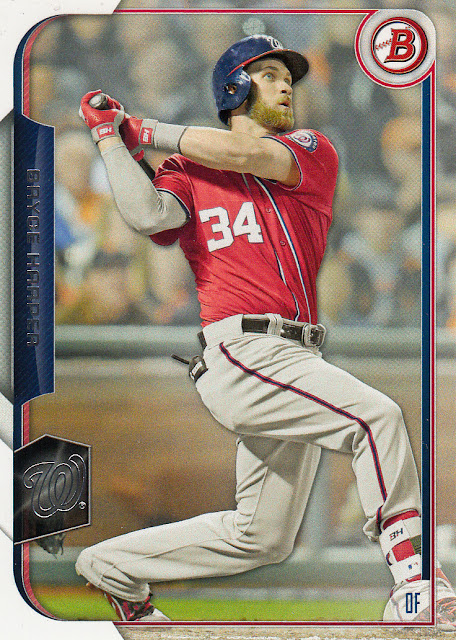 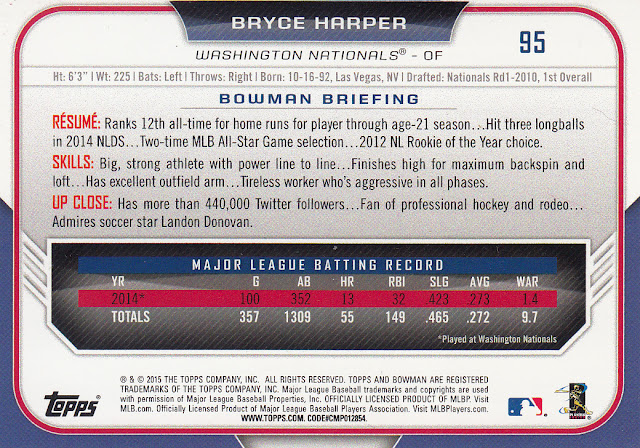 As a predominantly NL fan I didn't see a lot of Carlos Delgado.  His numbers are outstanding though.  He's the HR and RBI record holder for Puerto Rican players and was elected to the Canadian Baseball Hall of Fame (2015). 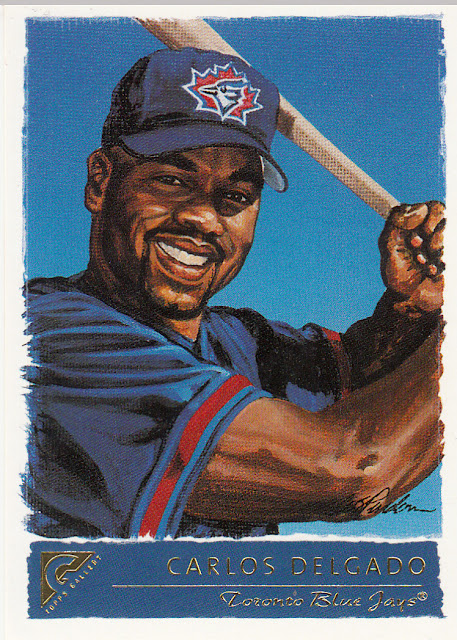 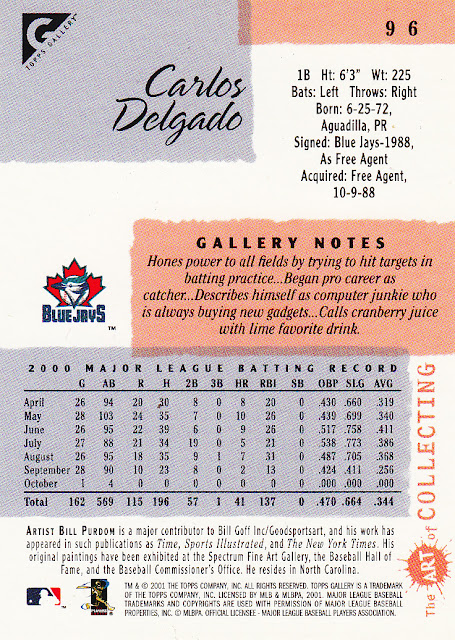 This is a nice looking insert of The Freak.  My wife likes him.  I may give this one to her. 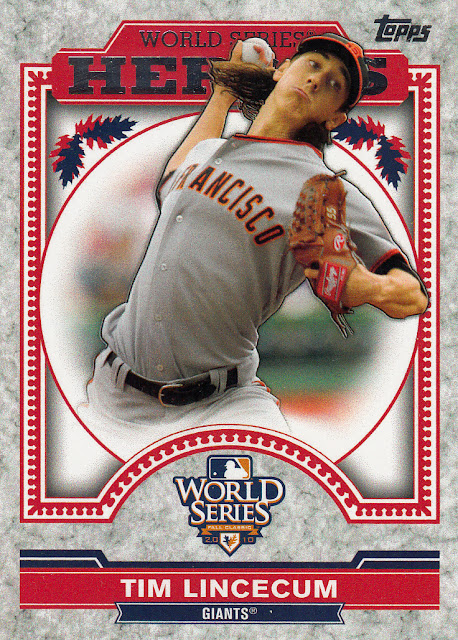 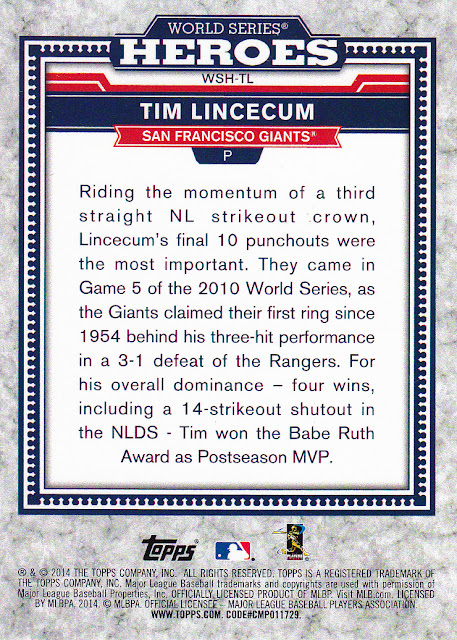 The next two cards I picked up as additions to my Jewish heritage player collection. 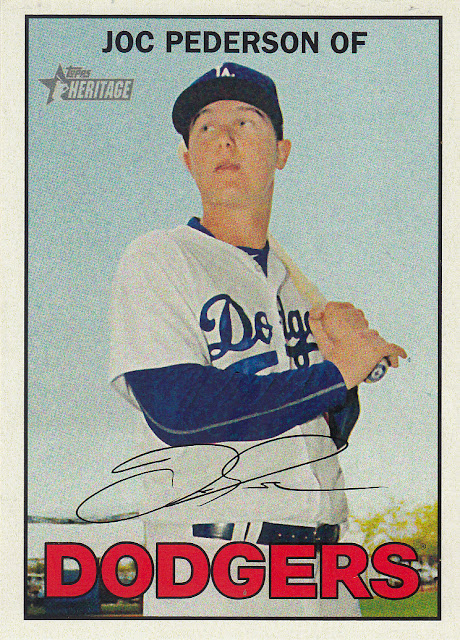 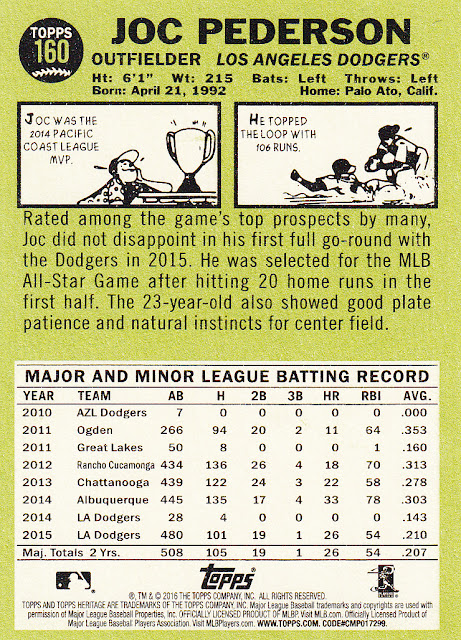 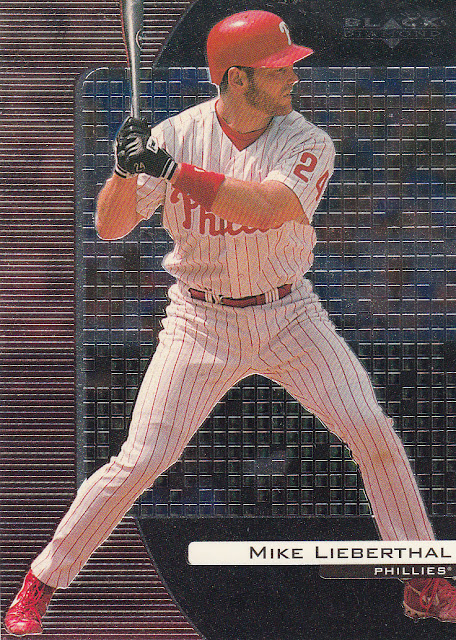 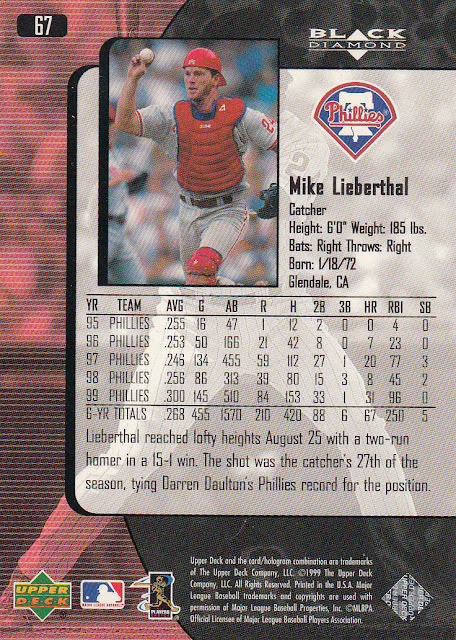 Many say Mike Trout is the best in the game.  Baseball Reference's top 4 similar batters through age 23 are: Mantle, F. Robinson, Griffey, and Aaron.  That tells you something. 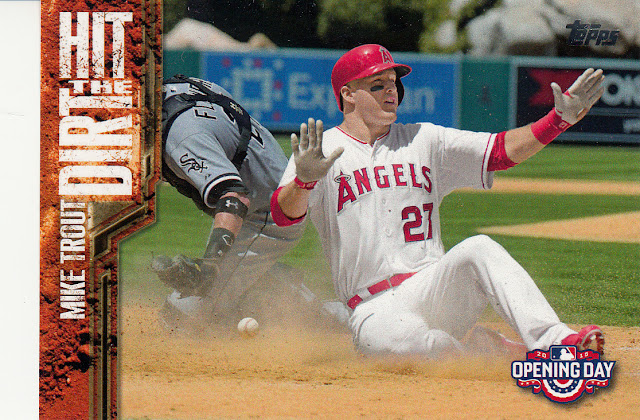 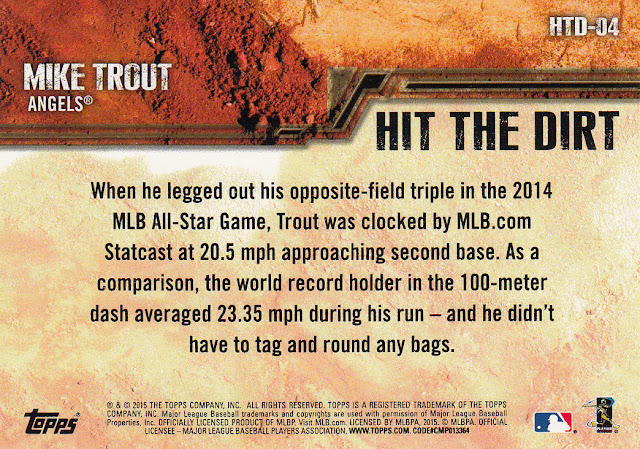 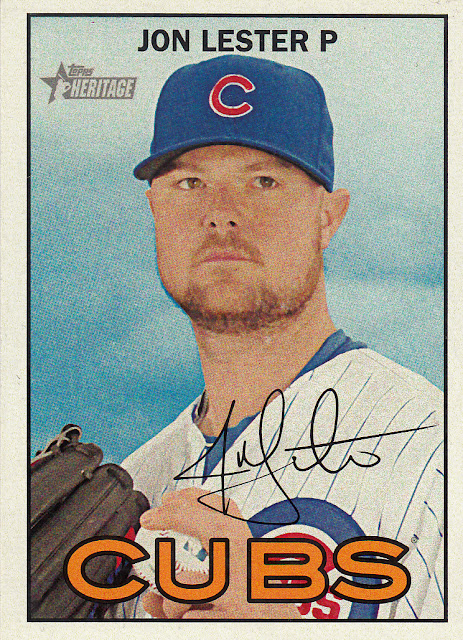 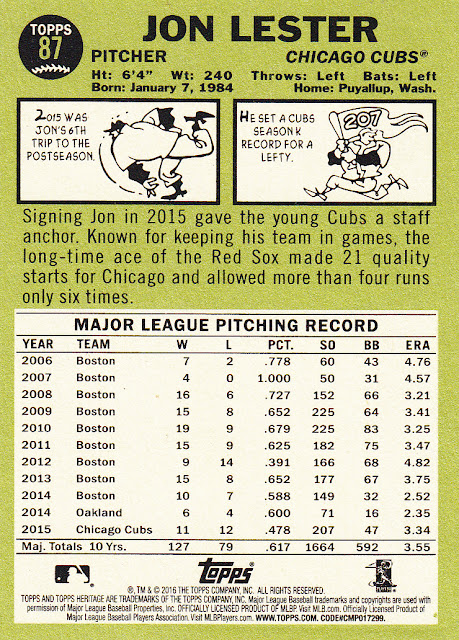 Maybe this time it won't take another two months before my next post.  Thanks for taking the time to visit.
Posted by Hackenbush at 5:30 PM 5 comments: