He's Got the Blues

The St. Louis Blues are in the Stanley Cup Finals for the first time in 49 years. These are the original cards from the first hockey set I collected as a kid. It was also the Blues' first appearance. 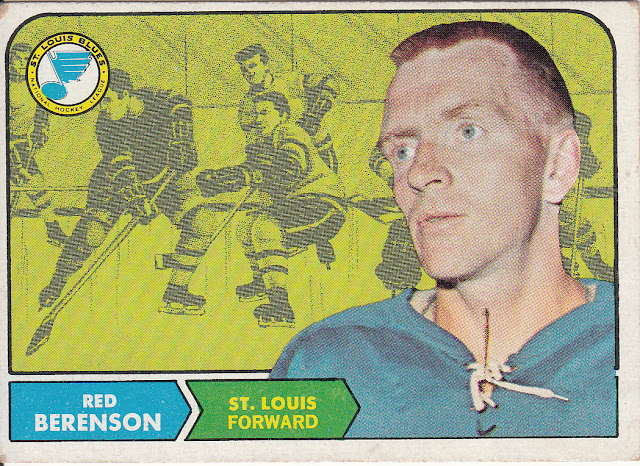 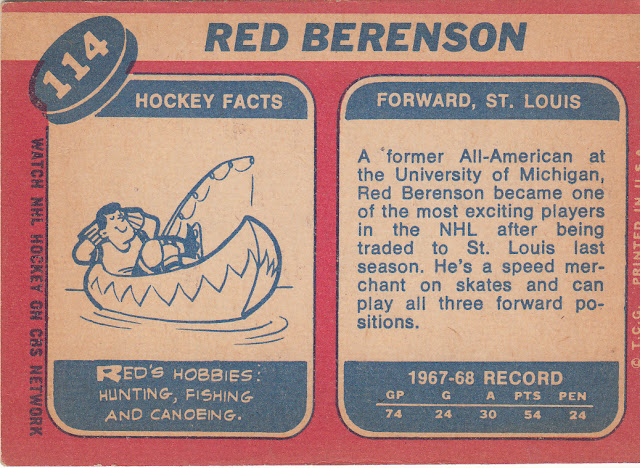 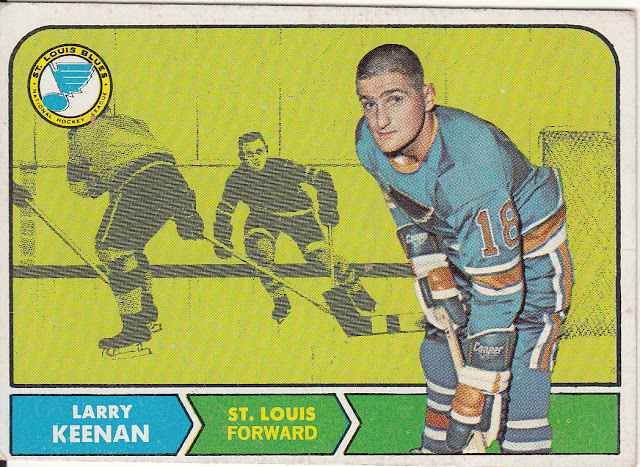 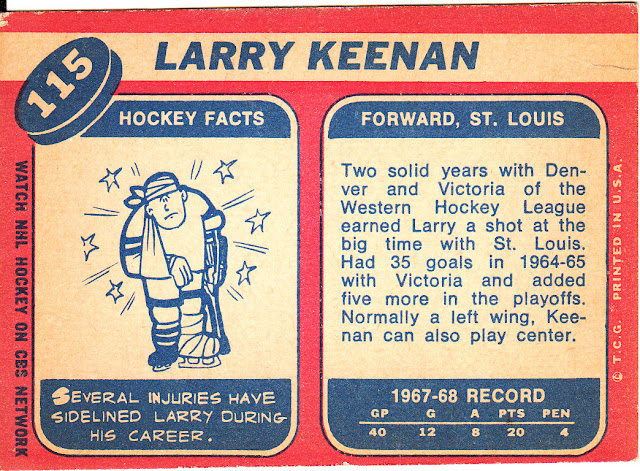 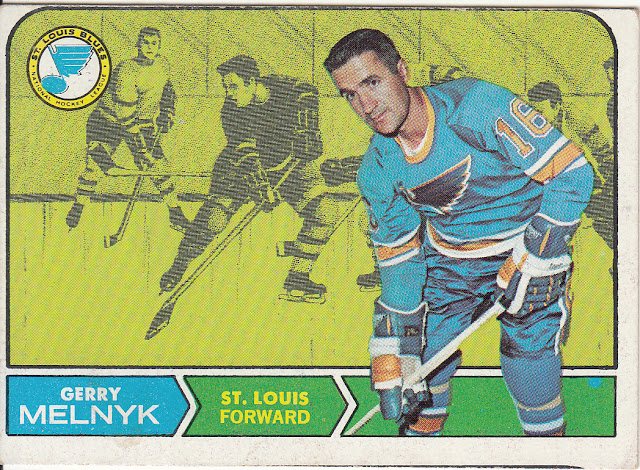 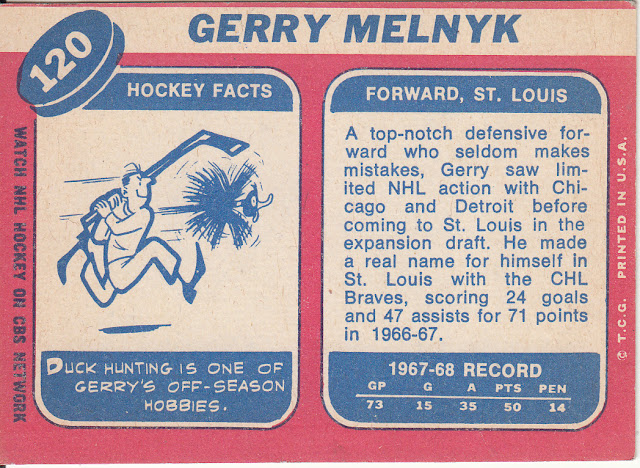 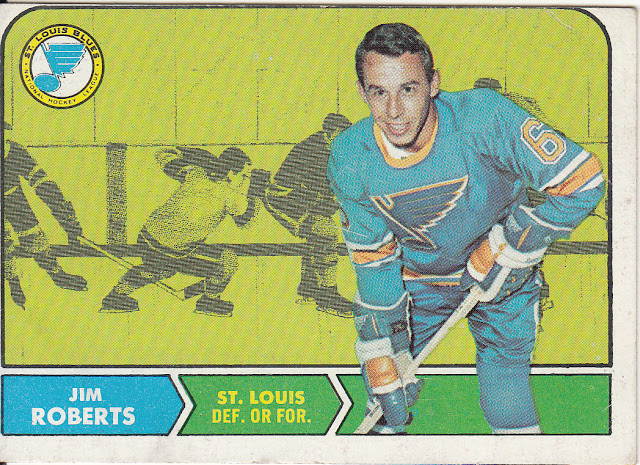 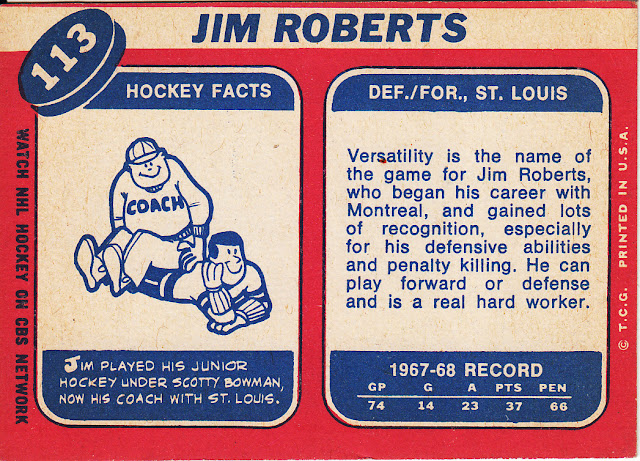 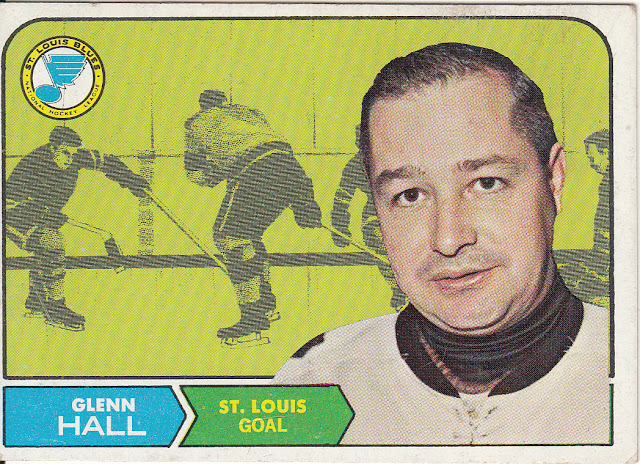 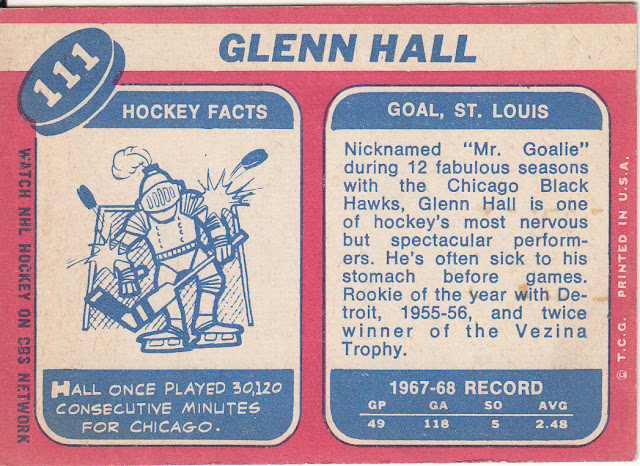 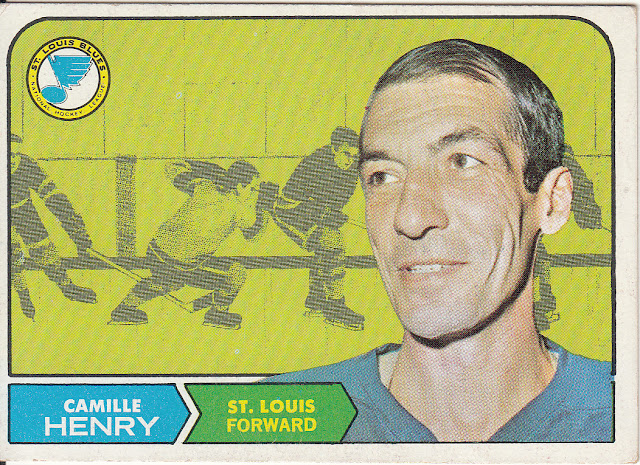 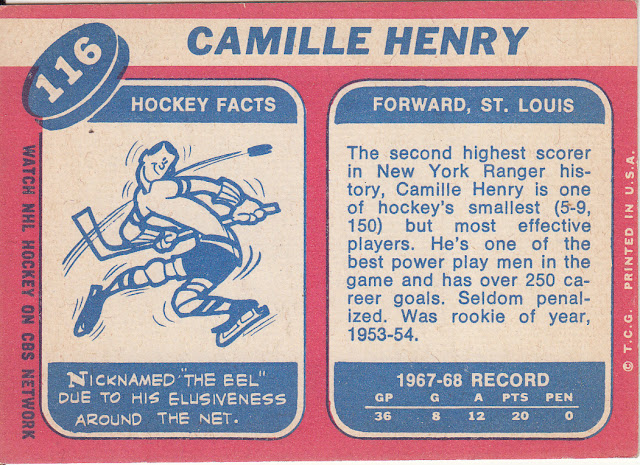 The older  I get the more I realize how much I have forgotten or never knew in the first place.  In doing a bit of research I read that when the NHL expanded from 6 to 12 teams it was mandated that an expansion team be in the Stanley Cup Finals.  Huh?  How was that possible?  Here's how:


From Wikipedia,
"All of the 'Original Six' teams were placed in the new Eastern Division, and all of the new teams placed in the new Western Division. Each division contributed four playoff teams. Division teams then played off to produce a divisional champion, and the two divisional champions played off in the Final to win the Stanley Cup.
The imbalance between the new teams and old was readily apparent in the standings. All four of the East Division teams had a better record than the top team in the West."

And that is how the expansion Blues made it to the Finals in their first year.  So although the Golden Knights were officially the second team to accomplish the feat they did it on an equal footing with the rest of the league.
The Blues were the top team in the "Expansion West" their first three seasons but lost 12 straight games in the finals.  I'm not rubbing it in but after Game 1 they've run their streak to 13.  In fact, I'm rooting for them to win.  Before the Blackhawks 2010 Championship the last time they won the Stanley Cup I was just a year old.  So I feel for the Blues fan base.


On a trivial note (no pun intended), team names related to music are very rare.  There are the St. Louis Blues in hockey and the Utah (New Orleans) Jazz in basketball.  Minor League baseball has the Nashville Sounds.  That's all I'm aware of.  Can you think of any others?

Thanks for visiting.
Posted by Hackenbush at 5:20 PM 11 comments:

Certainly one of the greatest all-around athletes of the 20th century, Jim Thorpe was born on this day in 1887 (some say 1888). 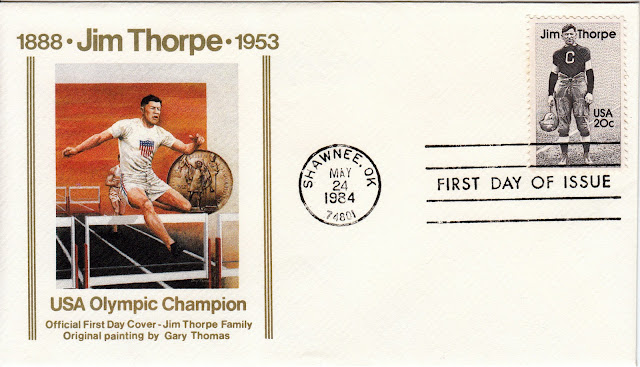 These are part of my growing First Day Cover collection. 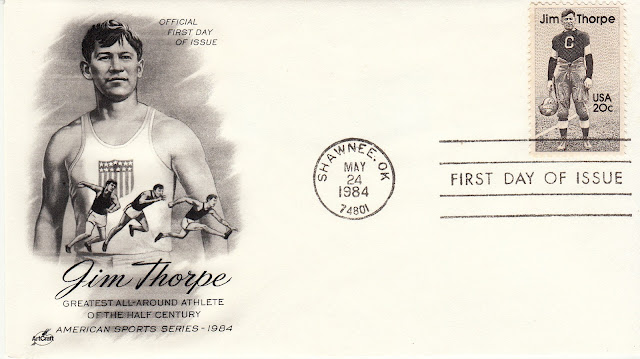 And a couple of cards. 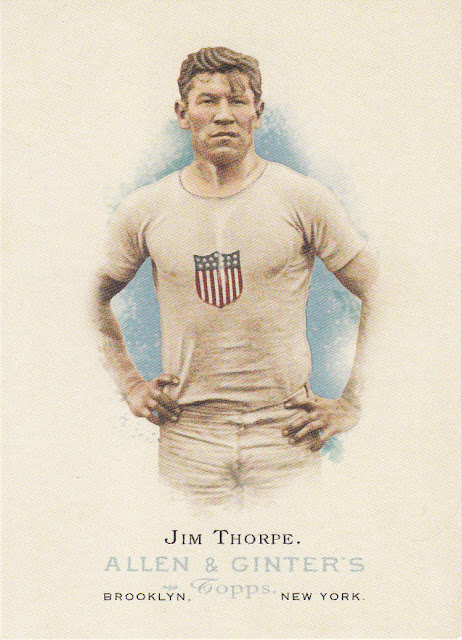 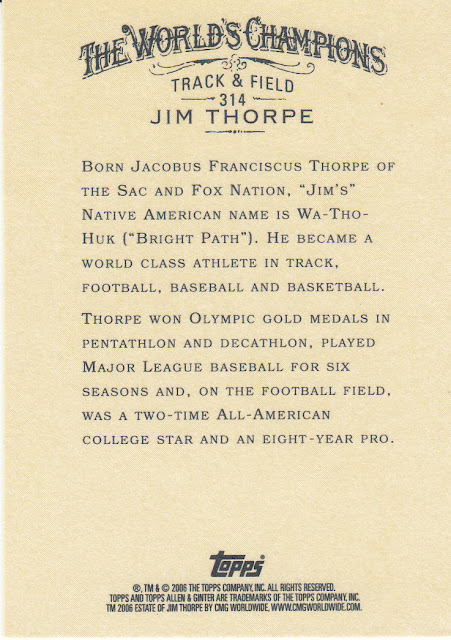 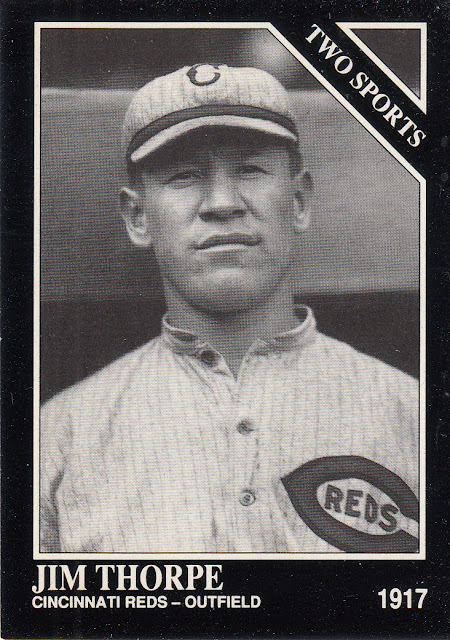 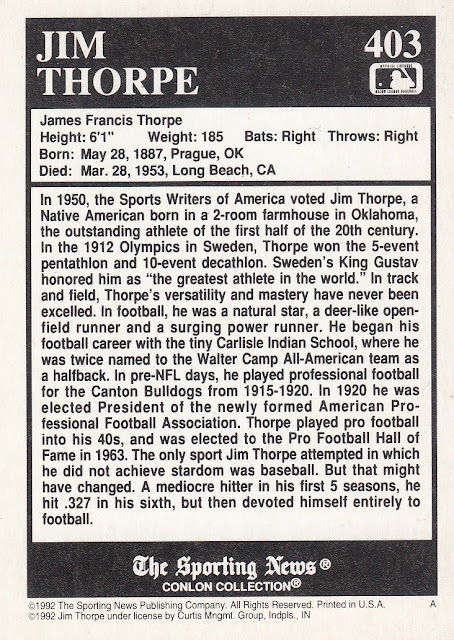 Heard the sad news today of the death of Bill Buckner.  Here are a couple of photos you won't see anywhere else.  They're mine. 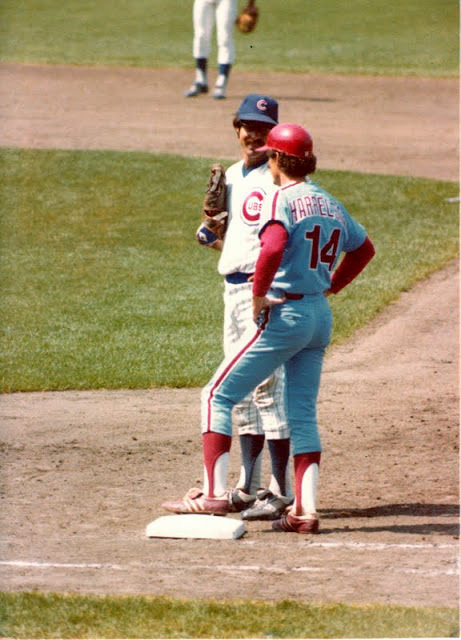 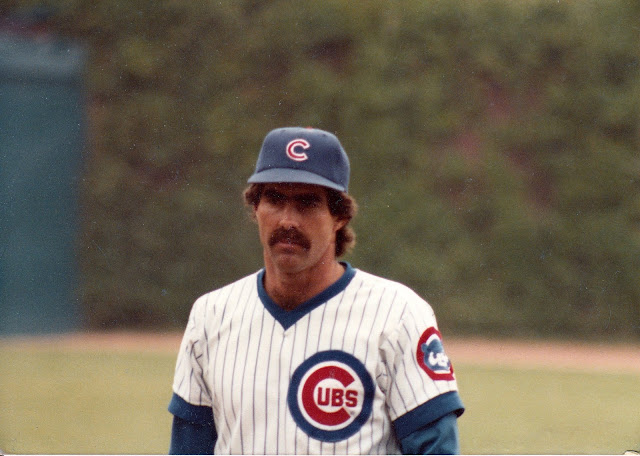 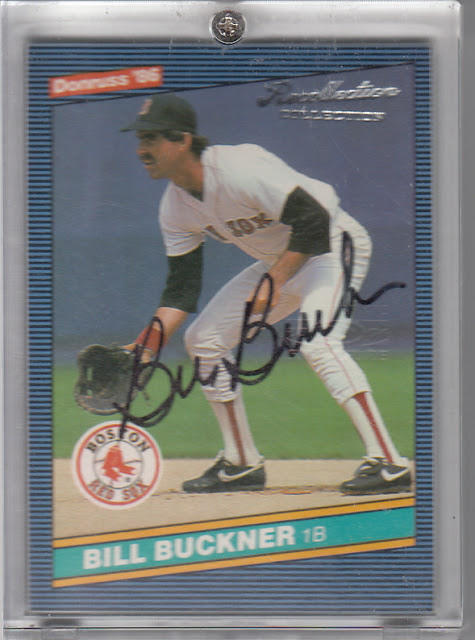 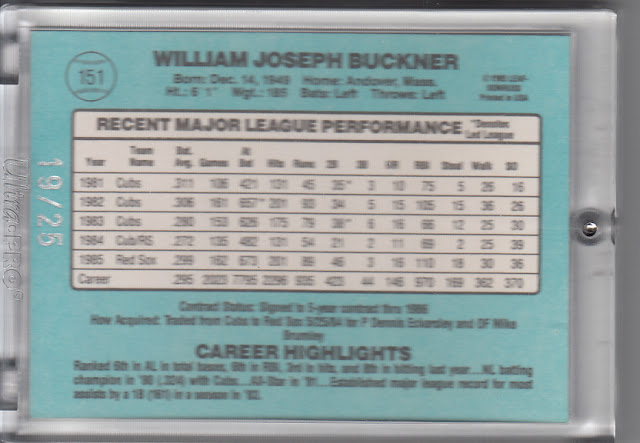