Lost But Not Forgotten

I had a pennant just like this one hanging above my bed as a kid.  In my memory it was celebrating the Hawks Stanley Cup win in 1961.  Coming across this one on eBay just the other day I realize my error.  In the 1966-67 NHL season the Black Hawks out paced the the rest of the five teams with 94 points.  The second place Canadiens finished 17 points back.  Unfortunately, and is often the case, regular season superiority did not translate into a championship as the Hawks lost to the eventual champs the Toronto Maple Leafs in the Semi-Finals four games to two. 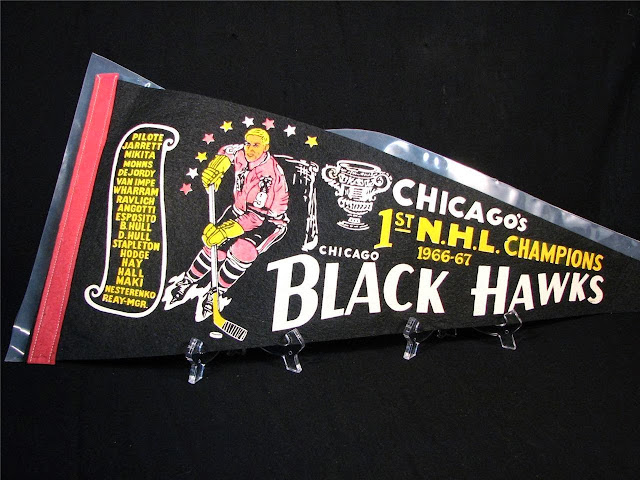 Sadly, I have no idea what became of my pennant.   Two like it sold recently on eBay, both for much more than I can justify paying.  What lost piece of memorabilia from your past do you wish you still had?  Maybe you can do a post of your own.
Posted by Hackenbush at 3:20 PM 2 comments:

Maybe not the biggest bargain but I like these two legends from 2002 Topps Archives Reserve at $1.31 combined (free shipping).  As with most shiny cards these look much better in person. 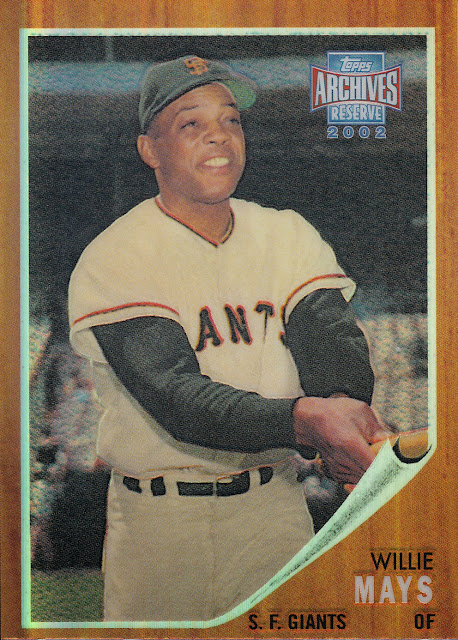 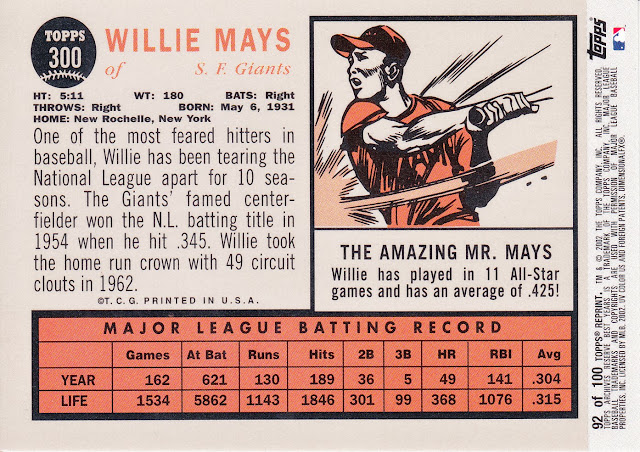 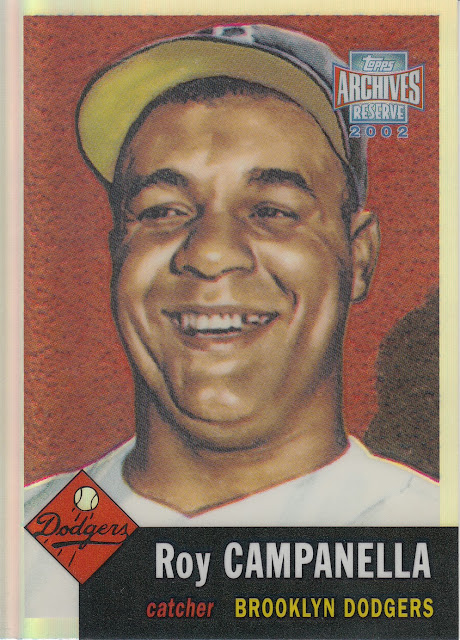 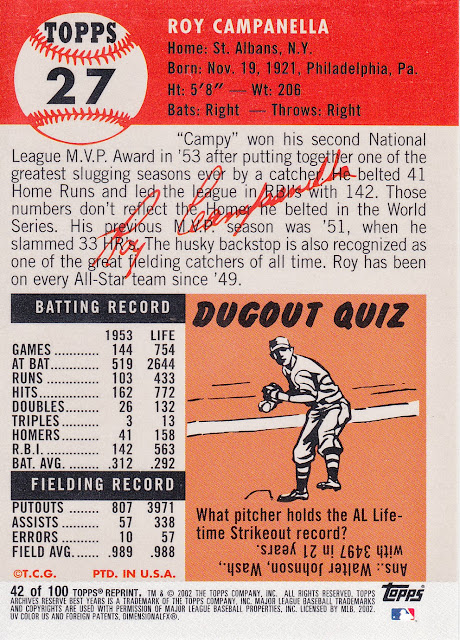 I Thought That Was Sandy

I caught a brief clip of the Dodgers locker room celebration this morning and thought, "Is that Sandy Koufax?"  Yes it was.

Kershaw and Koufax
Posted by Hackenbush at 4:48 PM No comments:

While browsing on eBay I came across a card from a legenday athlete.  I was struck by what seemed to be a pair of crazy eyes.  Do you recognize them?  Scroll down for the answer. 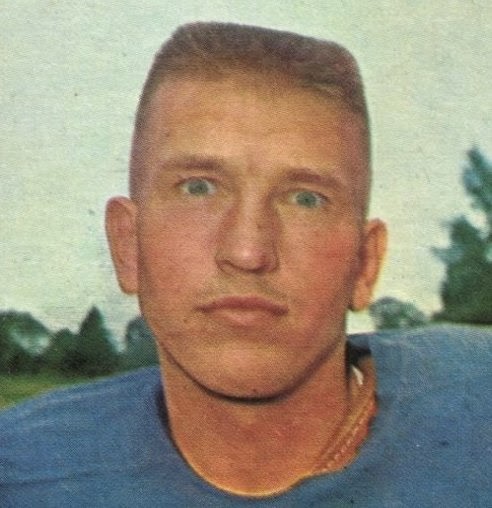 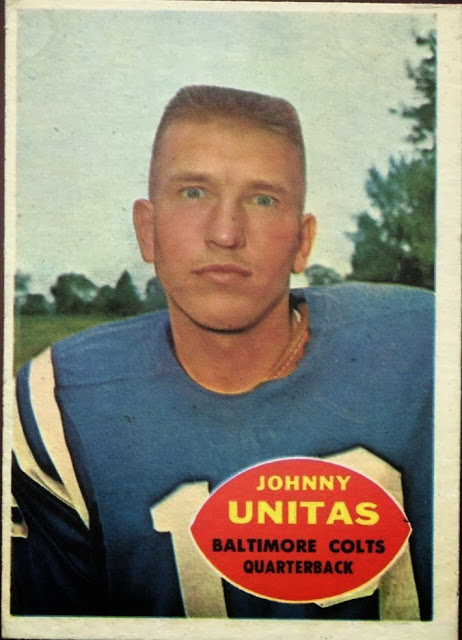 Here's a much nicer photo of Johnny U from the same time period:
Johnny with his 9 month old son, Christopher

Posted by Hackenbush at 4:30 PM No comments:

Bargain Hunting on eBay #3 I Caught a Ryno

I'm not by any means a Ryne Sandberg supercollector but I'd say along with Andre Dawson he's my favorite Cub of the 80's-90's.  This one was just 20 cents shipped.  Check out the most embarrassing moment. 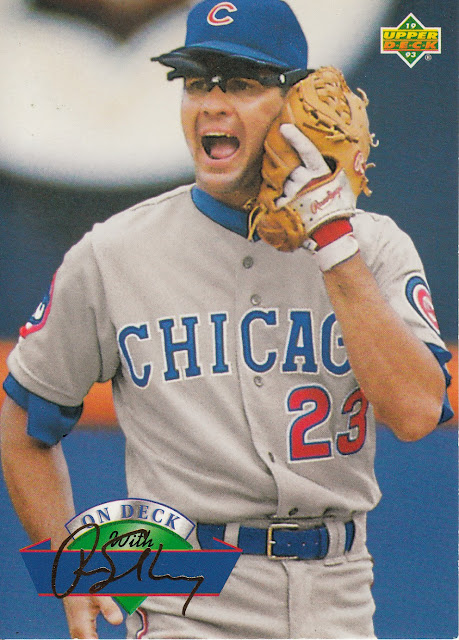 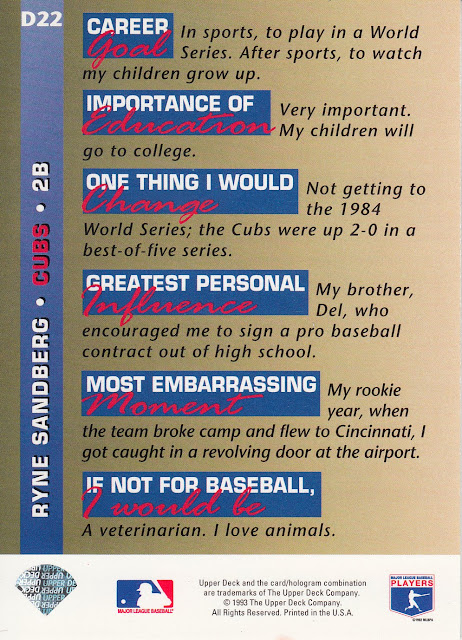 I've been dropping a lot of lines in Lake eBay and I've caught some bargains.  This 2011 Topps Lineage Roy Campanella came in a penny sleeve and top loader for 11 cents shipped. 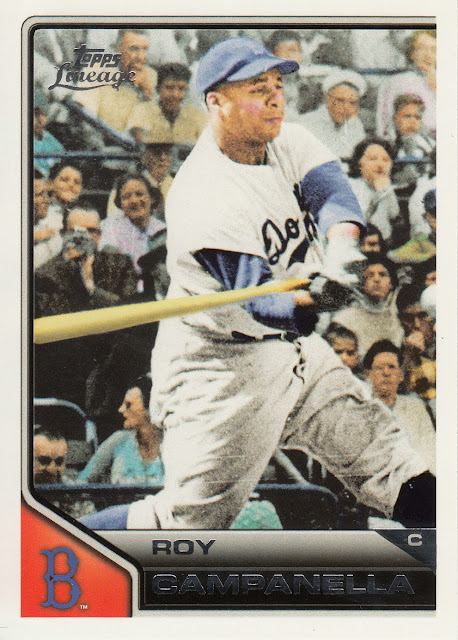 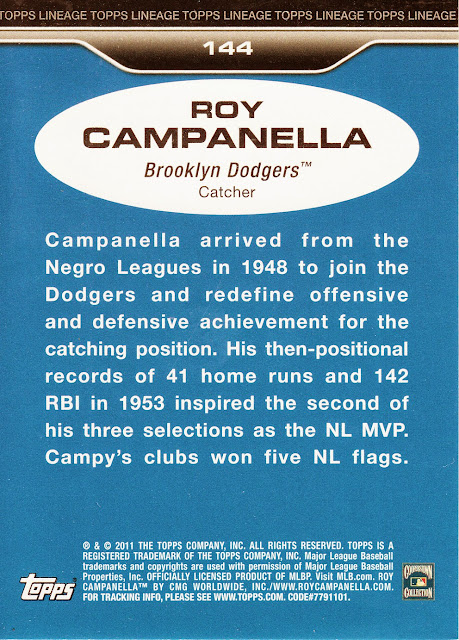 Posted by Hackenbush at 4:35 PM No comments:

I sent off some fan pack requests via NFL websites last weekend.  The San Diego Chargers not only responded quickly but most generously as well. 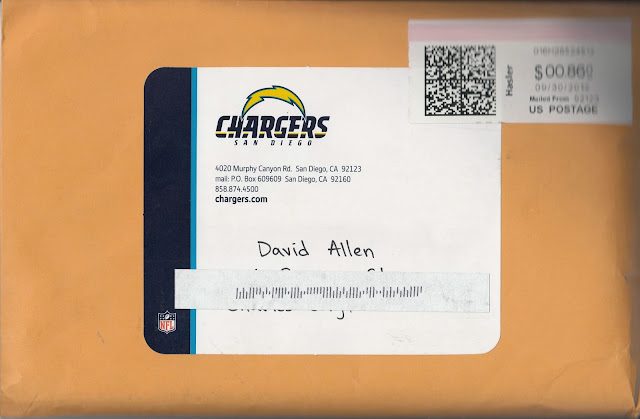 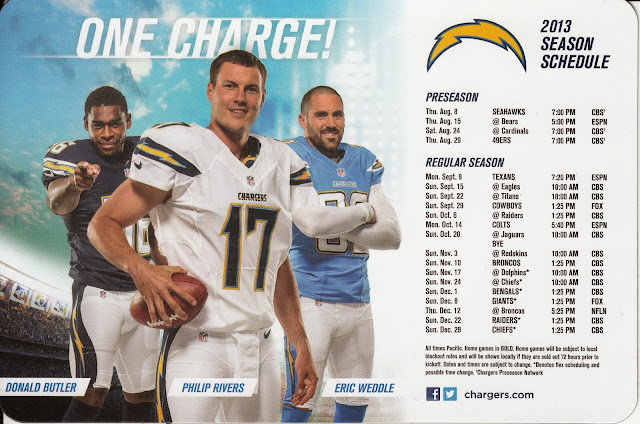 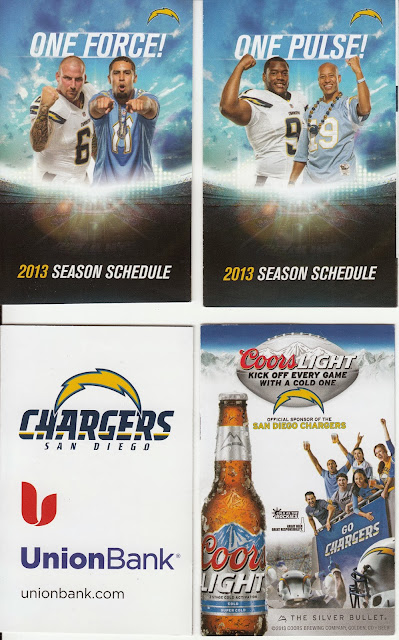 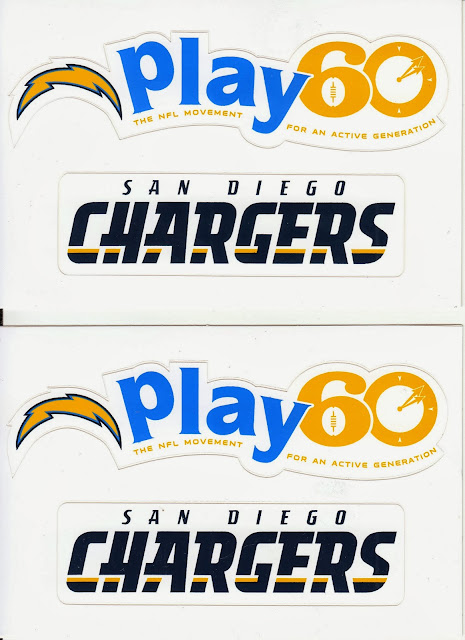 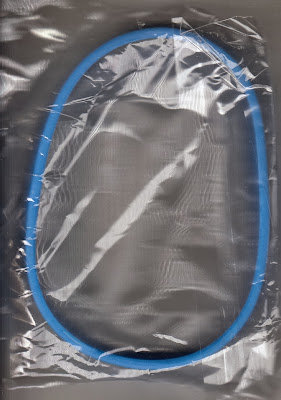 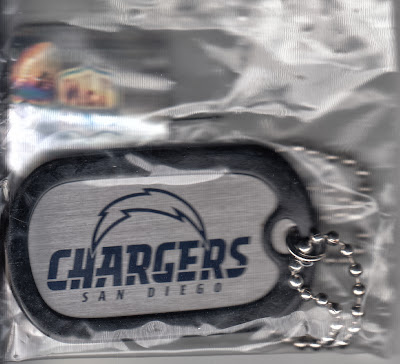