Since I first saw them I've always thought this was one of the nicer series of early 20th century tobacco cards but before now I've only been able to acquire one of them, Eskimo Puppies.  Recently I came across a seller with over a dozen for sale and got all but one as the only bidder for a price I couldn't resist. 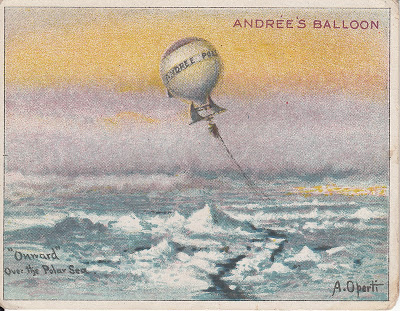 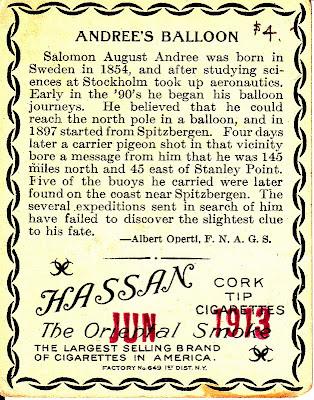 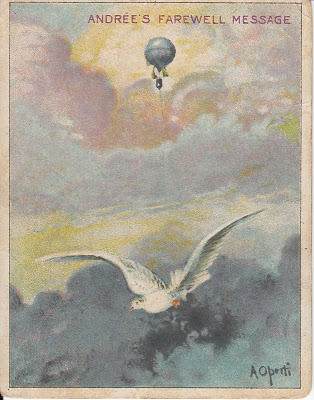 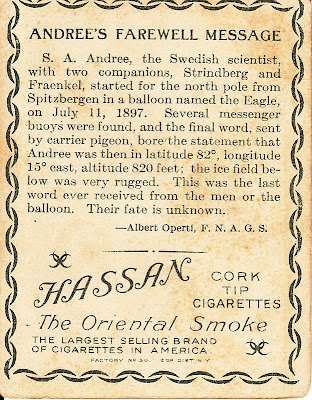 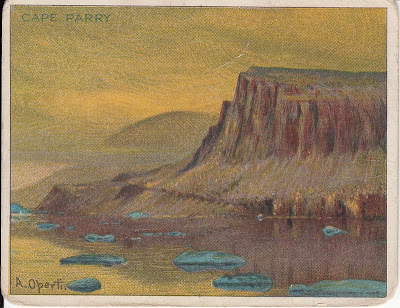 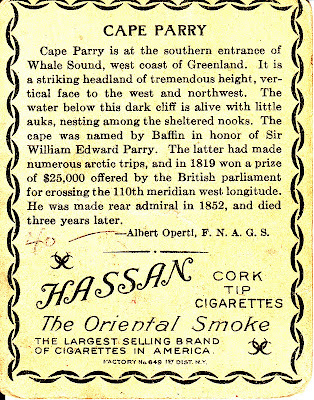 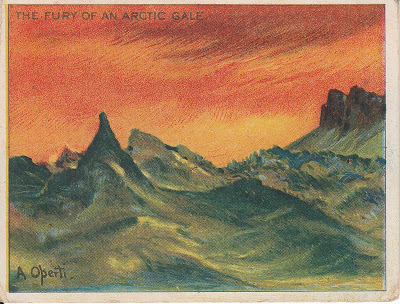 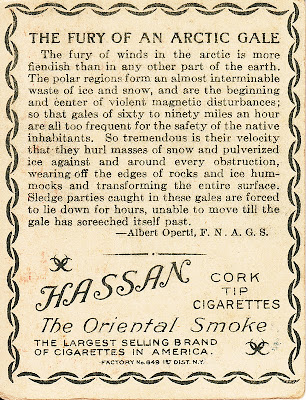 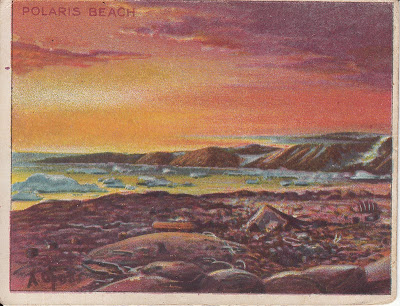 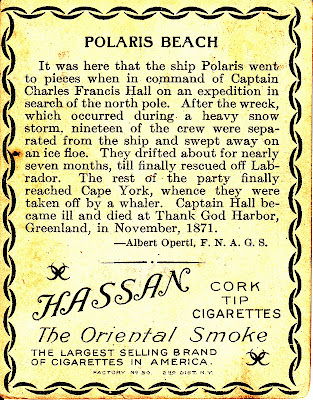 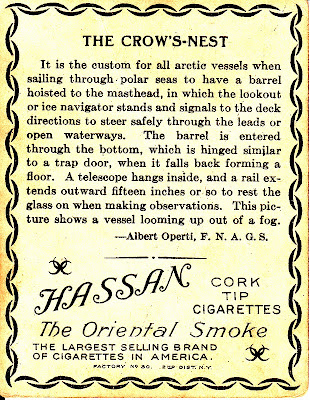 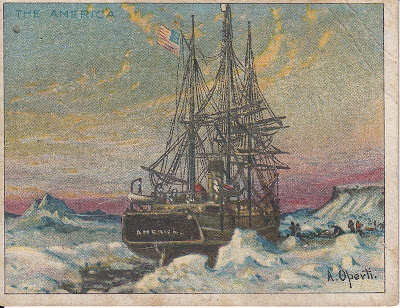 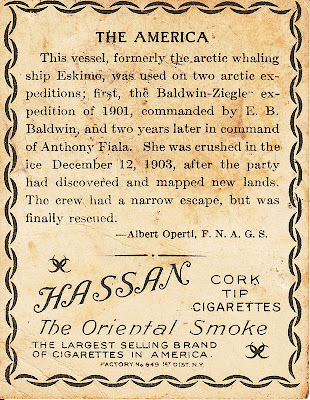 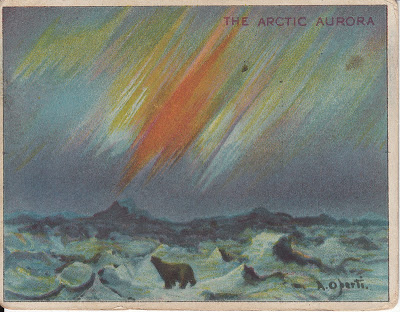 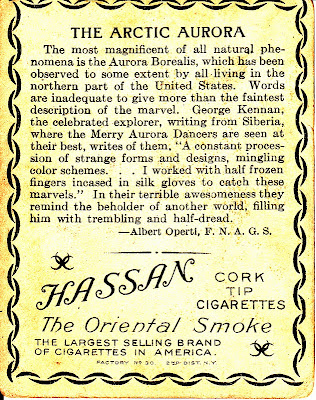 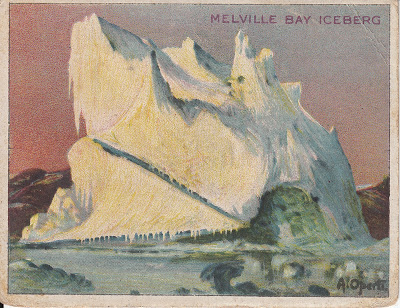 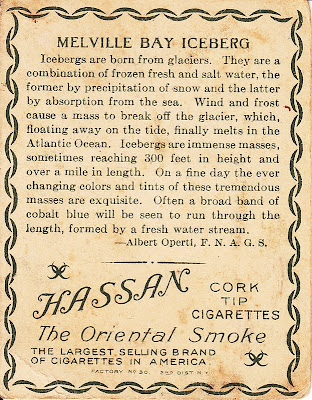 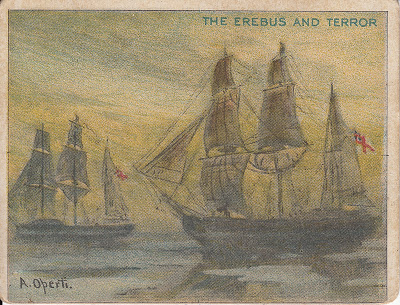 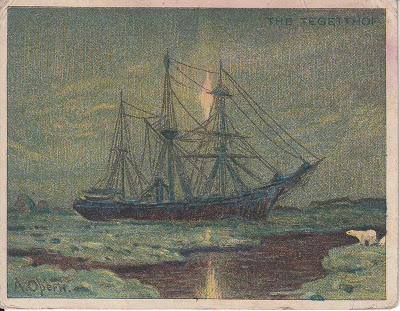 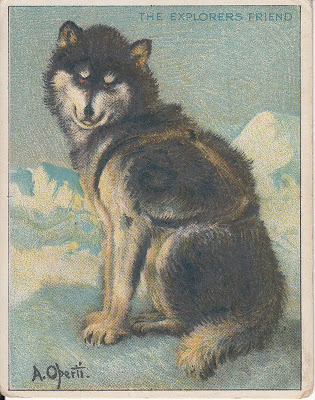 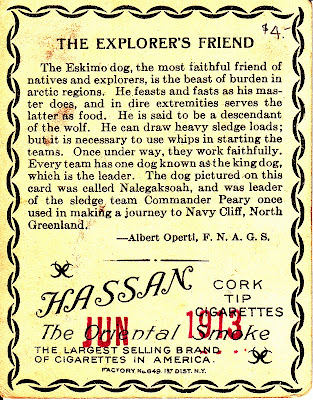 "Albert Operti was born in Turin, Italy in 1852 and died in New York, New Yorkin 1927. He was an illustrator, caricaturist, and a scenic artist for New York theatres. As a New York "Heald" special correspondent, he accompanied Peary onthe 1896 and 1897 Arctic expeditions. Operti is credited with making wallpaintings for the American Museum of Natural History in New York, New York."

Posted by Hackenbush at 5:03 PM