An  Ebay seller had this card listed as part of a 4 card lot of Santo base cards.   With shipping I thought it was too much for one card since I have the other three.  Well, they didn't sell and he relisted.  Again, they didn't sell.  Around Thanksgiving he relisted them again but this time he dropped the price to a penny.  I wish    I could say there weren't any other bidders but there were.  Still, I think I paid about half of the original starting price. 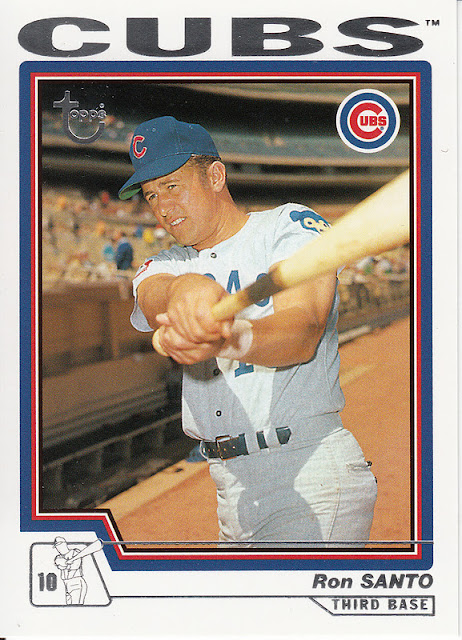 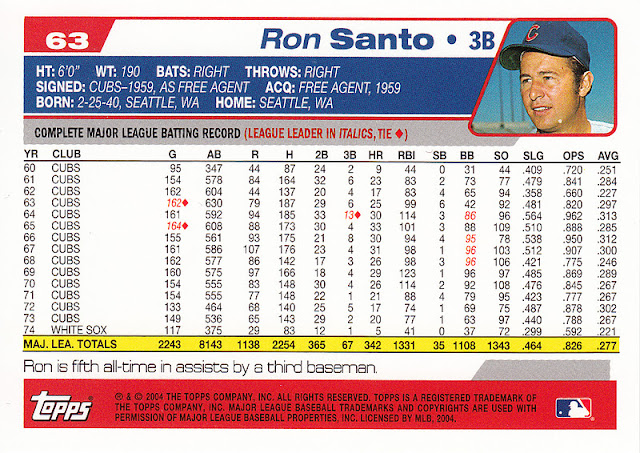 Here's the signed version.  I have a about a half dozen of these.  I'm sure it would look better out of the case but I can't bring myself to free it. 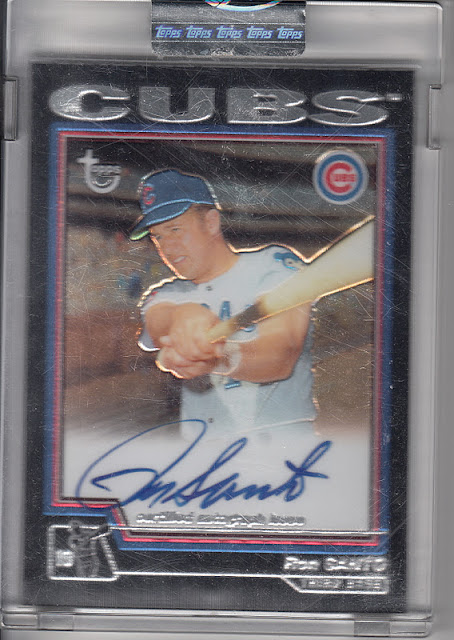 I have two of these and assumed I had the unsigned version as well. 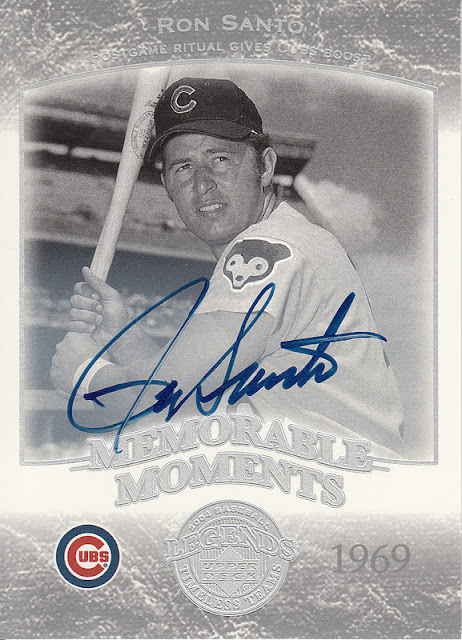 It turns out that I didn't have one but now I do since this one was another of the four in the lot.  So, bonus!  I ended up with two new cards instead of one and a couple of dupicates.  One was the tenth copy but the last one was just the second so it worked out great. 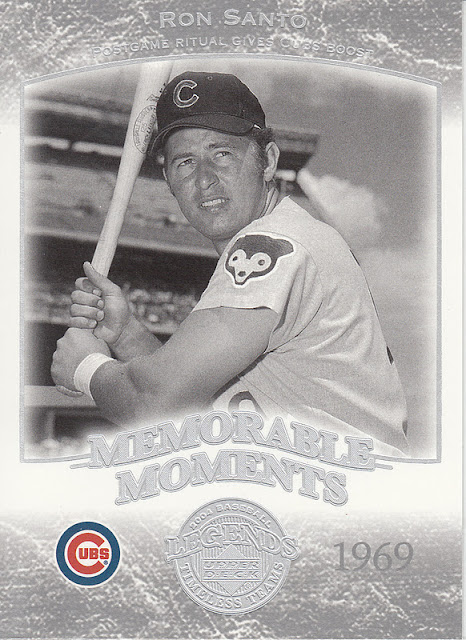 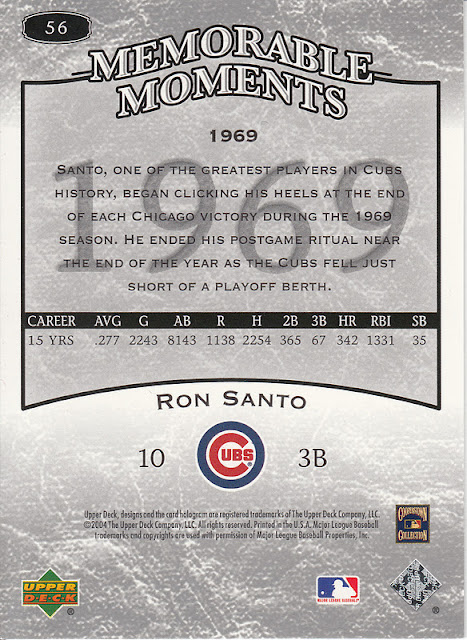 Posted by Hackenbush at 9:56 AM