Blow Out the Candles December 3 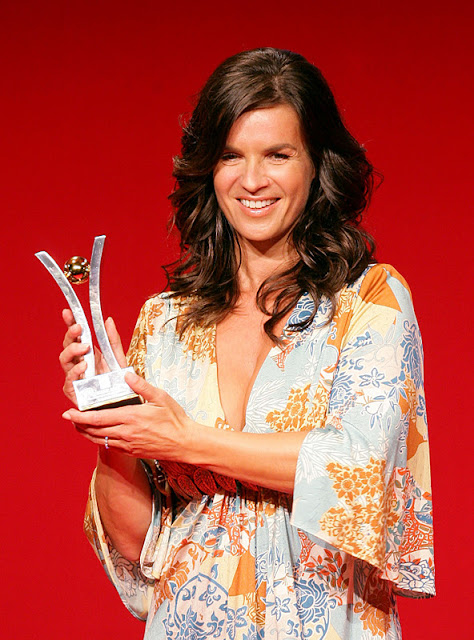 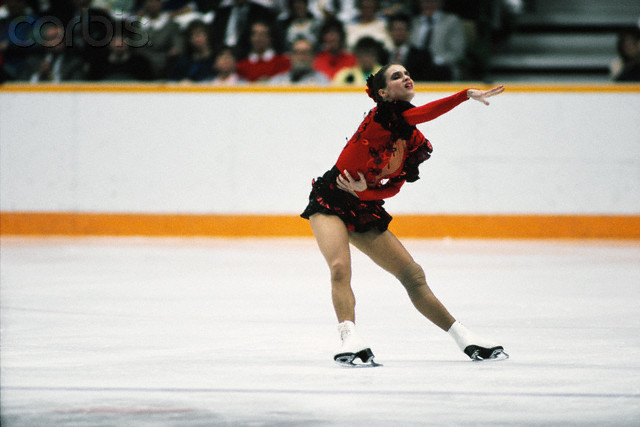 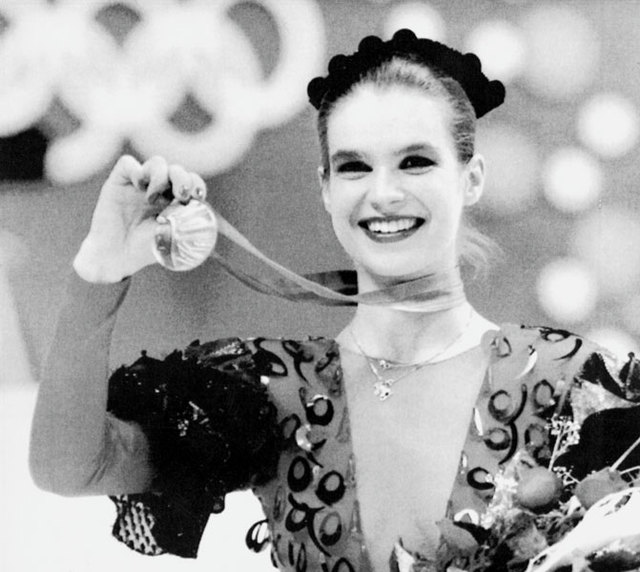 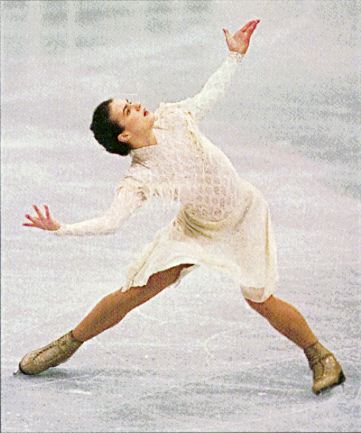 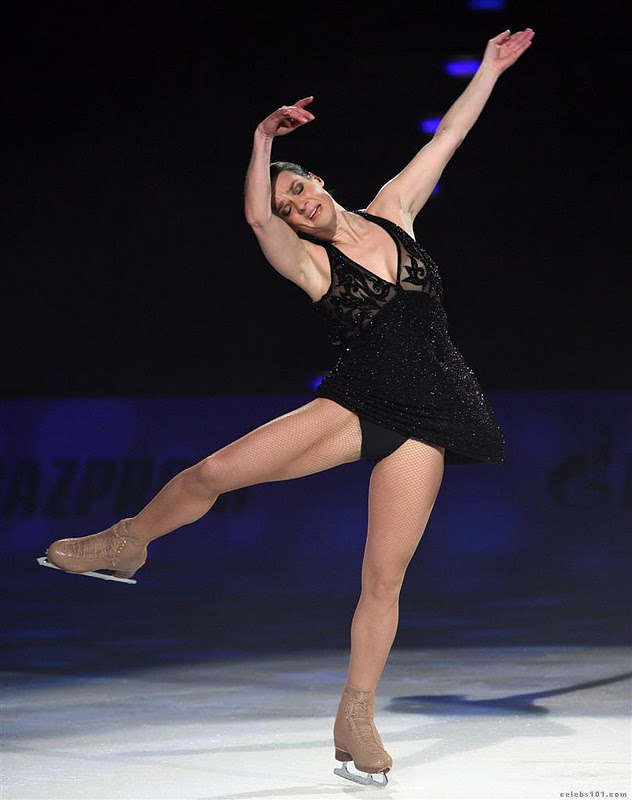 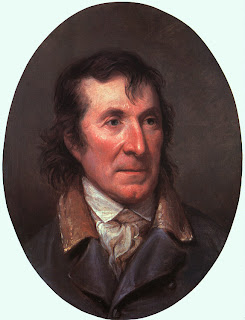 One of America's foremost portrait painters, Gilbert Stuart, was born in Saunderstown, Rhode Island on this date in 1755. You probably have a reproduction of one of his works in your wallet right now (it's about all I have) : 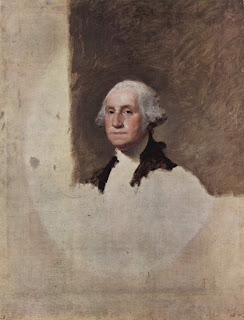 Known as The Athenaeum, the 1796 portrait of George Washington was unfinished.
From Wikipedia: "Stuart painted George Washington in a series of iconic portraits, each of them leading in turn to a demand for copies and keeping Stuart busy and highly paid for years.[15] The most famous and celebrated of these likenesses, known as The Athenaeum, is currently portrayed on the United States one dollar bill. Stuart, along with his daughters, painted a total of 130 reproductions of The Athenaeum. However, Stuart never completed the original version; after finishing Washington's face, the artist kept the original version to make the copies.[16] He sold up to 70 of his reproductions for a price of US$100 each, but the original portrait was left unfinished at the time of Stuart's death in 1828.[16] The painting now hangs in Boston's Museum of Fine Arts.[16]" 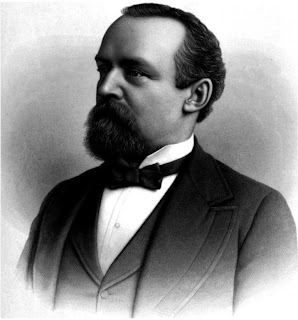 Charles Pillsbury, founder of the Pillsbury Co. was born on this date in 1842. 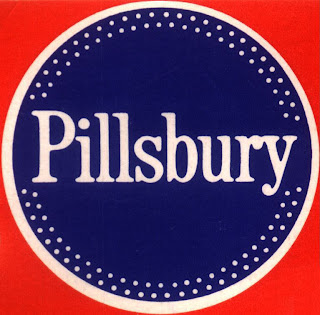 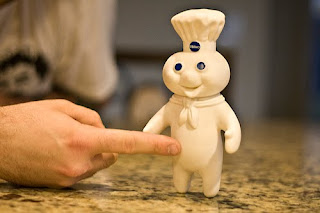 The Pillsbury Doughboy "Poppin Fresh"
Posted by Hackenbush at 12:01 AM