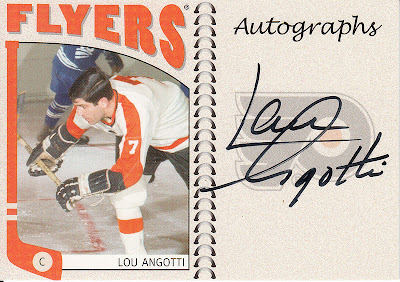 Lou was the first captain of the expansion Flyers but spent a good deal of time with the Blackhawks.  I really like this  series of cards. 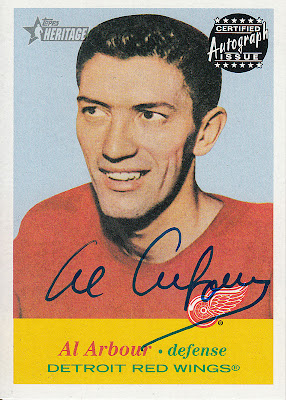 Hall of Famer, Al won 4 Stanley Cups as a player and 4 as a coach.  I picked this one up because he was a member of the 1960-61 Blackhawks championship team. 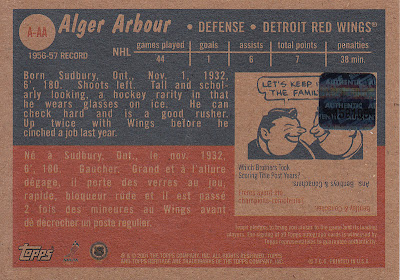 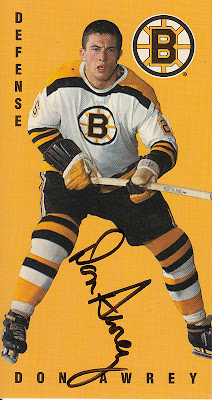 Awrey was on the Bruins Stanley Cup Championship teams in 1970 and 72. 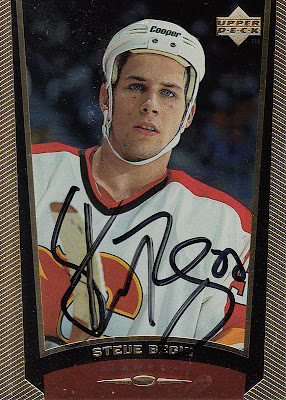 I'm not sure how I acquired this one.  Steve most recently played for the Nashville Pred's 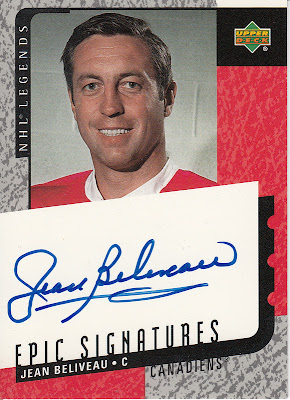 This has to be one of my all-time favorite autographs.  Jean is a legend and this card exudes class. 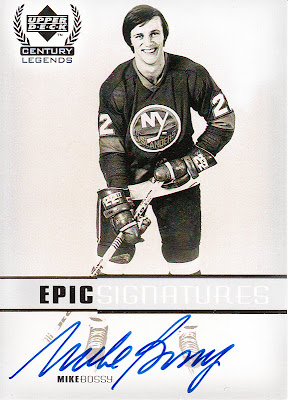 Bossy was one of the best scorers in NHL history with 573 goals in just 10 seasons.  He won 4 Stanley Cups playing for coach Al Arbour's Islanders.  Hall of Fame Class of 1991. 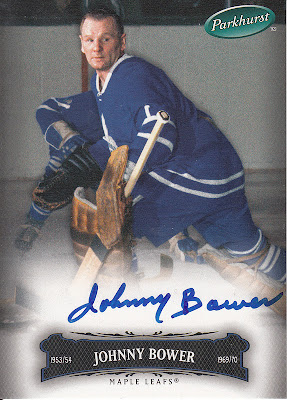 Another Hall of Famer, Bower played into his mid forties, collecting 4 Cups along the way. 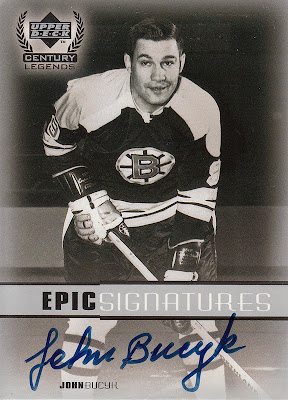 Hall of Famer #5 here, Bucyk is still the Bruins all-time leader in goals scored with 556.  He won the same two Cups as Awrey.
Posted by Hackenbush at 7:34 AM