This got left out of the last post.  Terrific Blackhawks card.  Outstanding signature!  BANNERMAN! 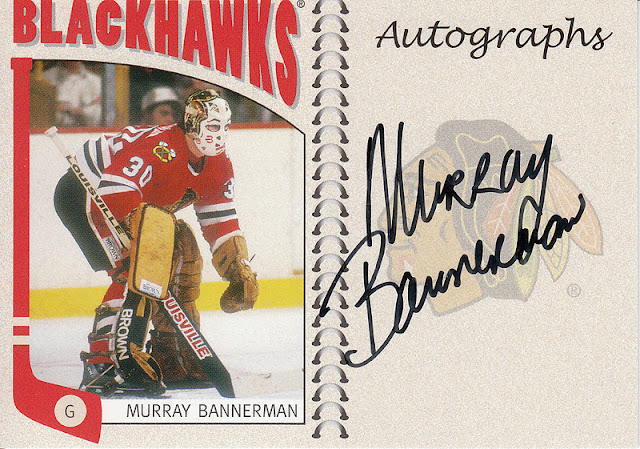 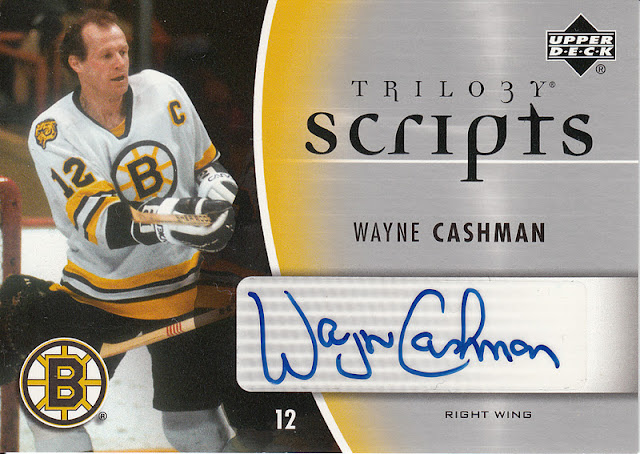 A long time teammate of Cashman, Cheevers is in the Hall of Fame. 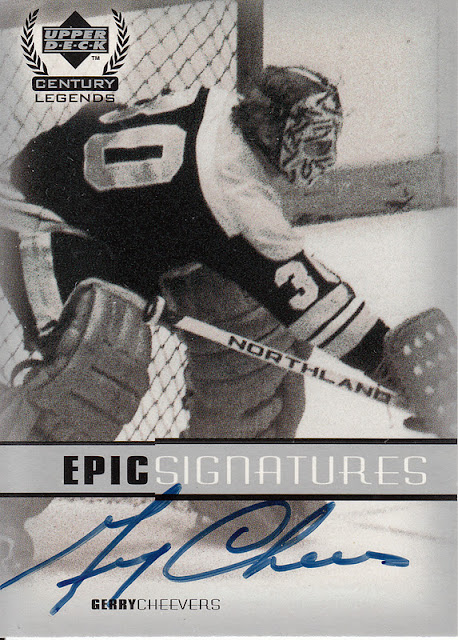 Denis is the first Blackhawks goalie I remember as a kid. 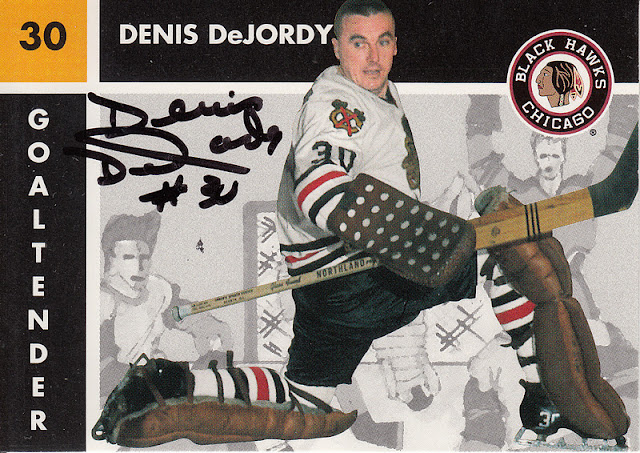 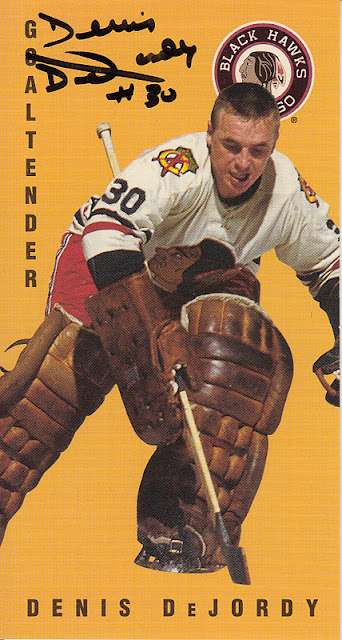 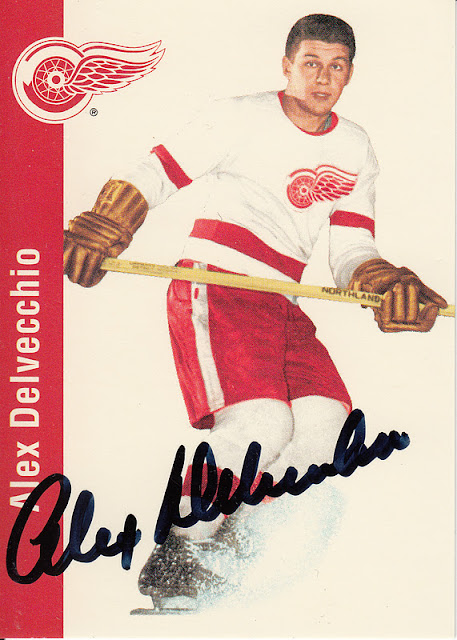 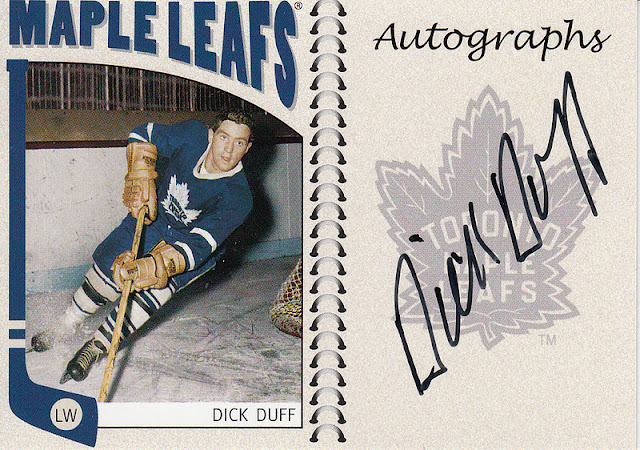