Blow Out the Candles January 15

Cleveland Naps shortstop Ray Chapman was born on this date in 1891.  He sadly died twelve hours after being hit in the head by a Carl Mays fastball on August 16, 1920. 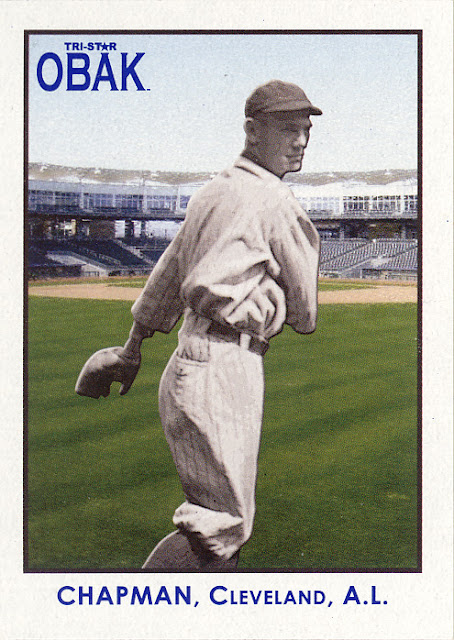 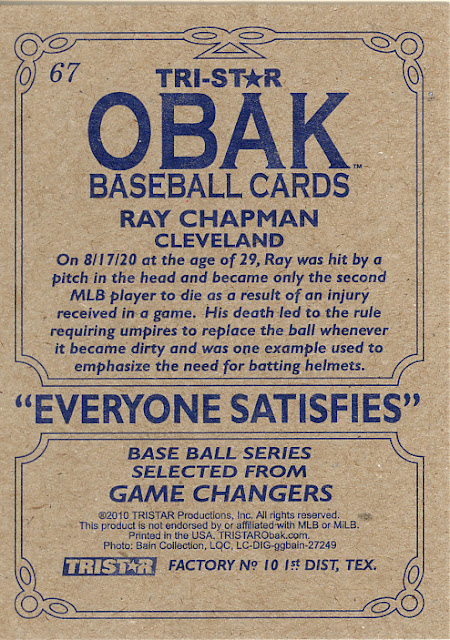 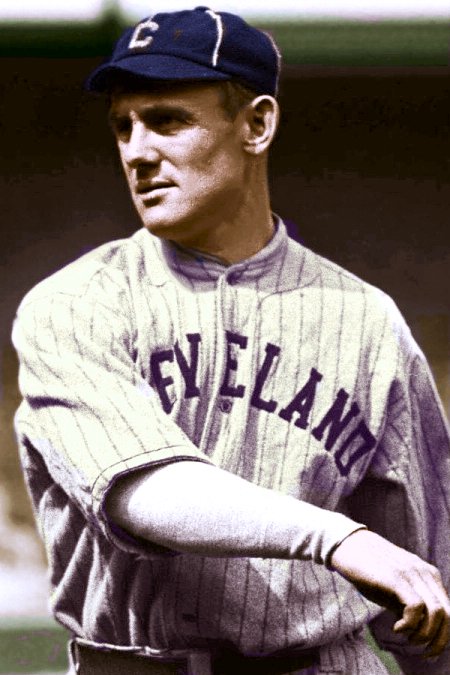 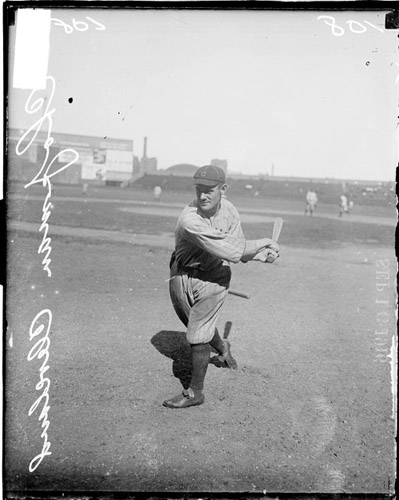 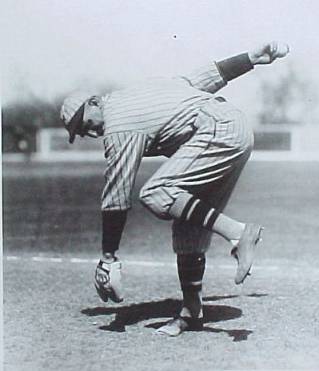 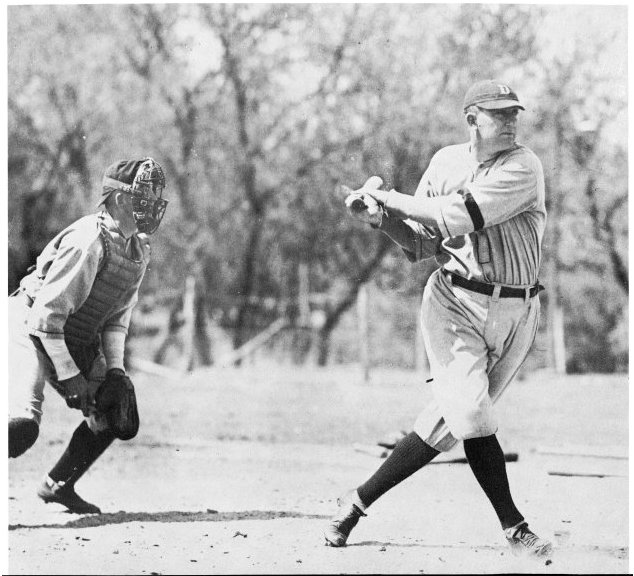 Ty Cobb in 1920 wearing a black armband in Chapman's memory.

NEW YORK-The body of Ray Chapman, the Cleveland shortstop, who died early today in St. Lawrence Hospital after being hit in the head by a pitched ball thrown by Carl Mays at the Polo Grounds yesterday afternoon, was taken to his home in Cleveland tonight. A group of baseball fans stood with bared heads at the Grand Central Terminal as the body was taken through the gates to the train. The ball player's widow, who went with the body, was accompanied by her brother and a friend, Indians Manager Tris Speaker, and Joe Wood, one of the players.

Chapman's death has cast a tragic spell over the baseball fans of the city, and everywhere the accident was the topic of conversation. Chapman was a true sportsman, a skillful player, and one of the most popular men in the major leagues. And this was to have been his last season in professional baseball. Carl Mays, the Yankees pitcher who threw the ball which felled Chapman, voluntarily went before Assistant District Attorney Joyce and was exonerated of all blame. The game which was to have been played between Cleveland and New York was put over until Thursday and the players of both clubs joined in mourning.

Although there is some bitterness against Mays among some of the Cleveland players, Manager Speaker, in a telephone conversation with Colonel T.L. Huston, part owner of the New York club, said he and his clubmates would do everything in their power to suppress this feeling. "It is the duty of all of us," said Speaker, "of all the players, not only for the good of the game, but also out of respect to the poor fellow who was killed, to suppress all bitter feeling."

Chapman died at 4:40 o'clock this morning, following an operation performed by Dr. T.M. Merrigan, surgical director of the institution. Chapman was unconscious after he arrived at the hospital. The operation began at 12:29 o'clock and was completed at 1:44. The blow had caused a depressed fracture in Chapman's head three and a half inches long. Dr. Merrigan removed a piece of skull about an inch and a half square and found the brain had been so severely jarred that blod clots had formed. The shock of the blow had lacerated the brain not only on the left side of the head where the ball struck but also on the right side where the shock of the blow had forced the brain against the skull, Dr. Merrigan said.

Mays is greatly shocked over the accident. He said he threw a high fast ball at a time when Chapman was crouched over the plate. He thought the ball hit the handle of Chapman's bat, for he fielded the ball and tossed it to first base. It wasn't until after that, when he saw Umpire Connelly calling to the stands for a physician, that he realized he had hit Chapman in the head. Manager Miller Huggins of the Yankees believes Chapman's left foot may have caught in the ground in some manner which prevented him from stepping out of the ball's way. Manager Huggins explained that batsmen usually had one foot loose and free at just such moments and Chapman had got out of the way of the same kind of pitched balls before. 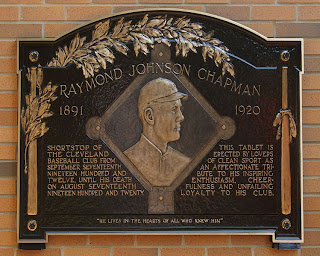 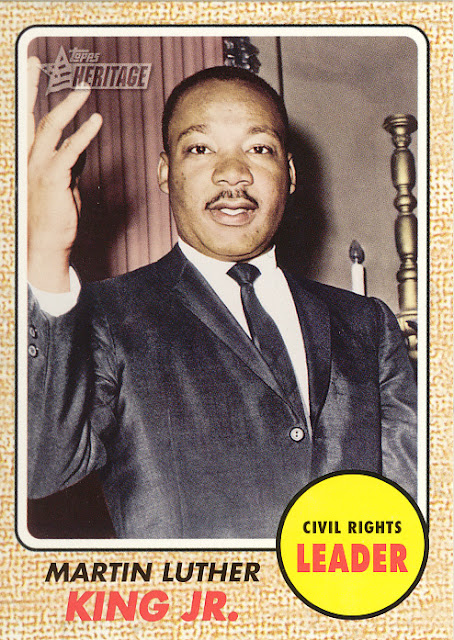 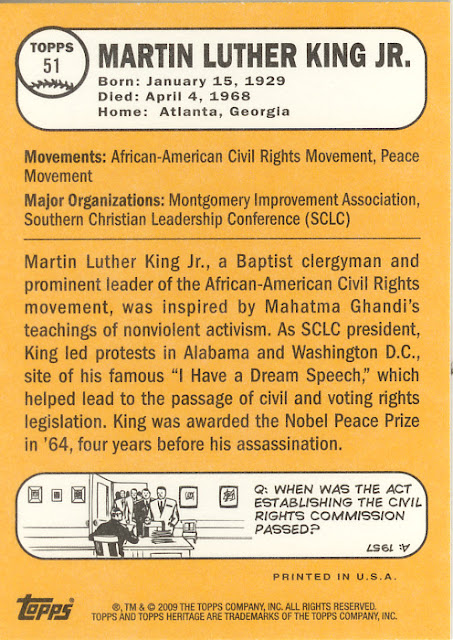 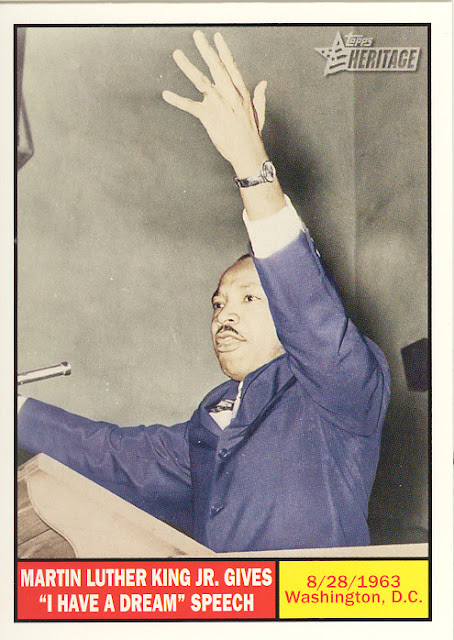 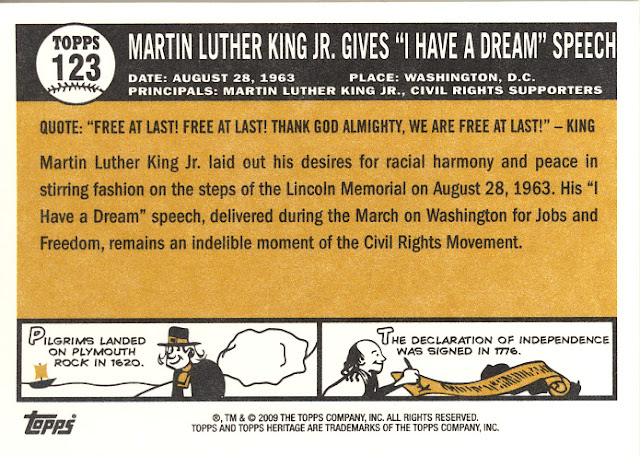 Posted by Hackenbush at 8:03 AM