This got left out of the last post (I've been straightening up a bit).  Some people probably think this card is hideous but I like it.  I want one of those caps.  Jeff never made it to the majors but his Dad did.  Dave Heaverlo was a relief pitcher for the Giants, A's and Mariners (1975-1981). 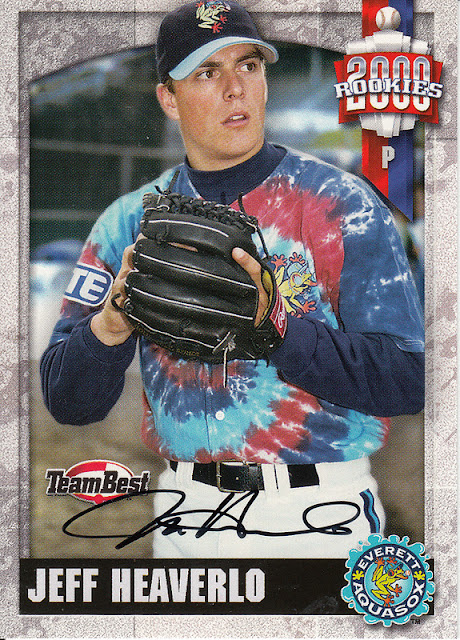 
Jim was one of the original Mets but had his best years as a Cub.  This is one of his rare certified autos. 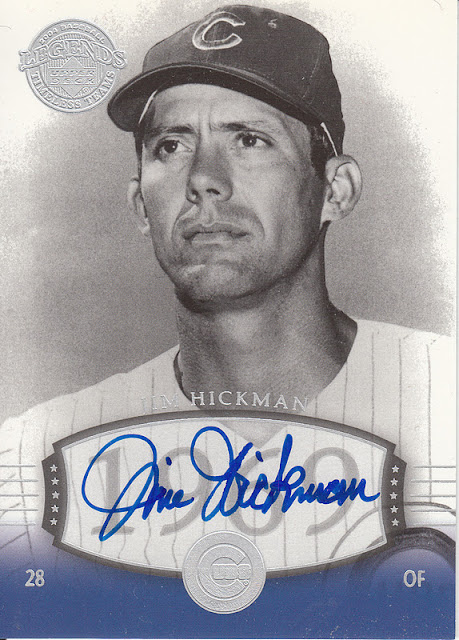 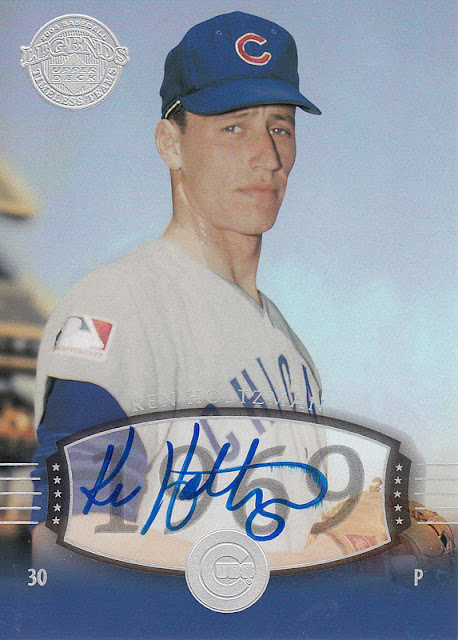 Holtzman won 59 games for the Swingin' A's from 1972-74 and went 4-1 in their 3 WS Championships.  He hit a home run off Andy Messersmith in Game 4 of the 1974 series against the Dodgers. Dig the California tan! 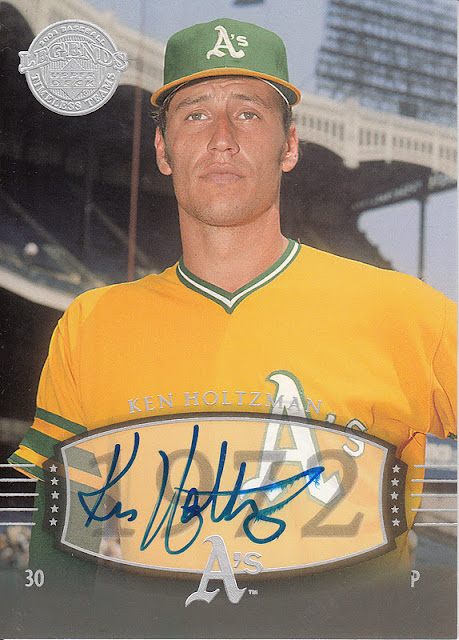 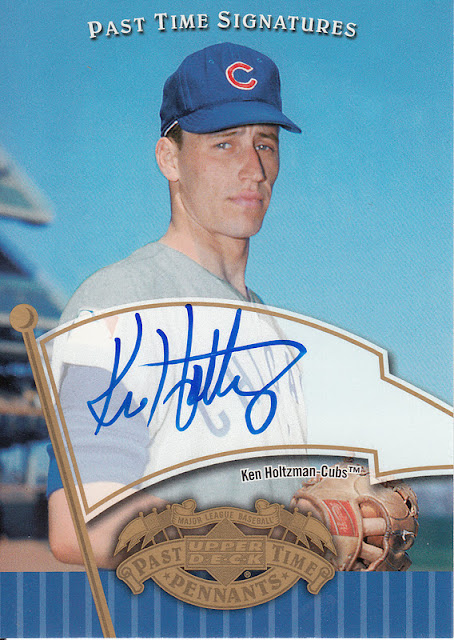 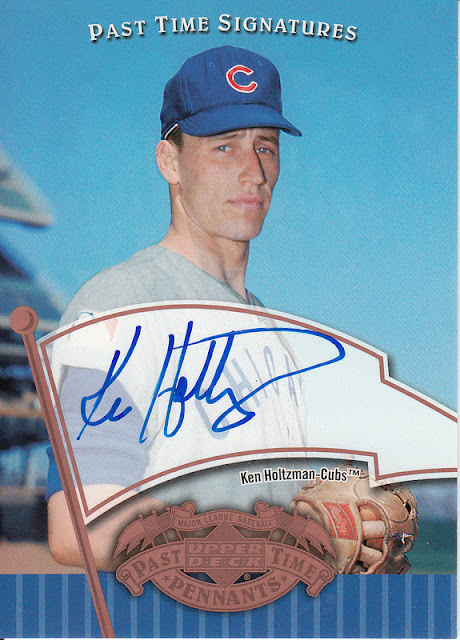 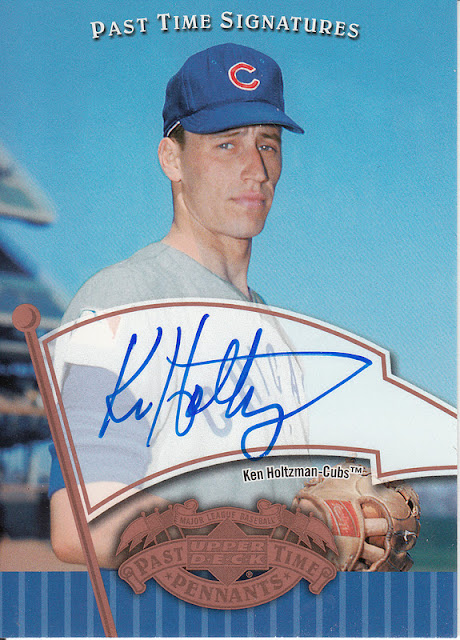 
The only thing wrong with these nickname greats cards are the stickers.  Here's a downer for Cubs fans -- consecutive cards of Cubs pitchers who appeared in three World Series after being traded to West Coast teams. 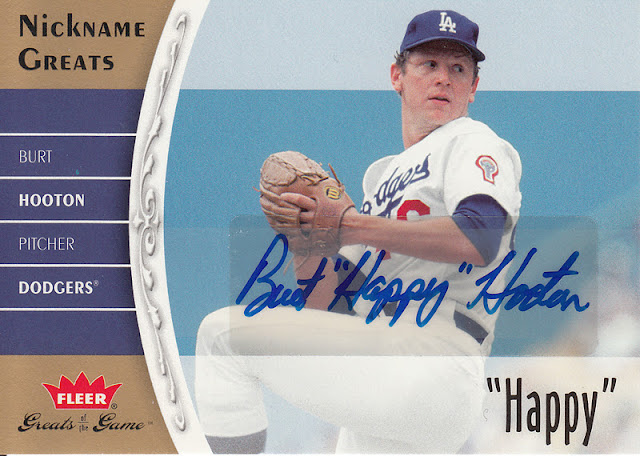 Willie hit 36 home runs for the Tigers in 1968 and batted .304 in their World Series win over the Cardinals. 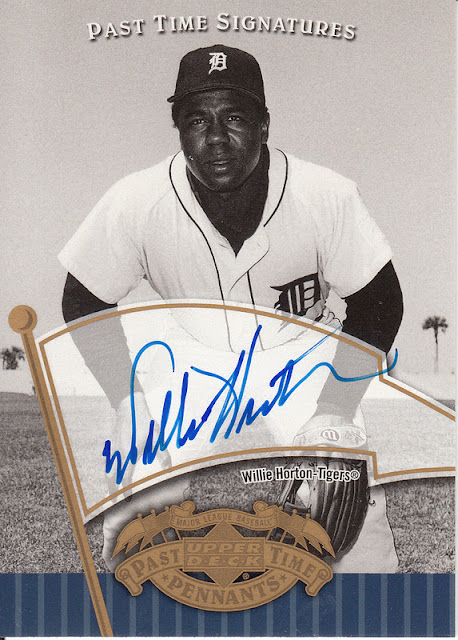 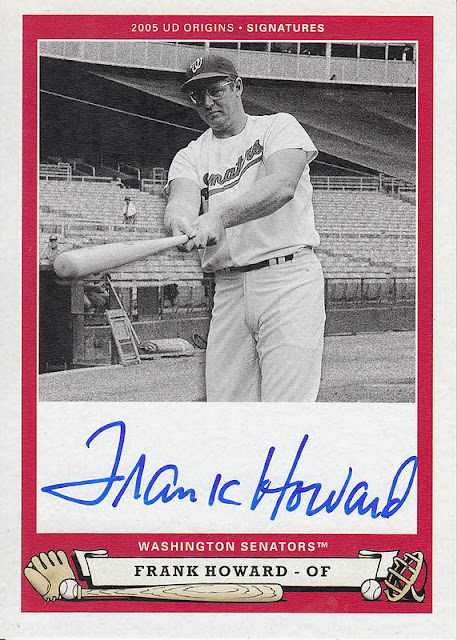 
The two big men of the Baltimore-DC area. 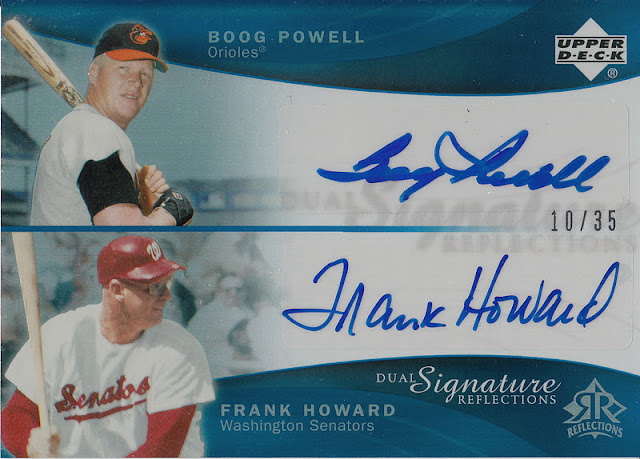