I just opened this pack of 1991-92 UD Hockey:
I just reread this and I'd apologize to Night Owl for the typos but I don't think he reads hockey posts anyway so I'm leaving them. Goaltenders:
Not bad pulling a current and future Hall of Famer. 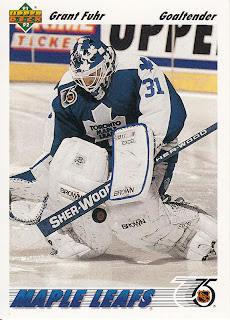 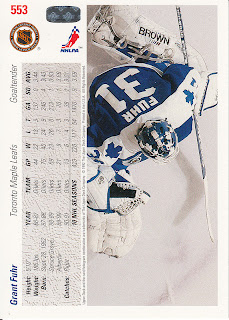 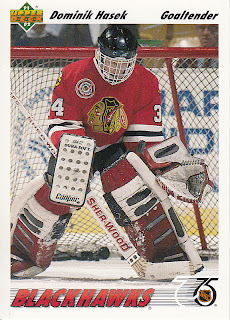 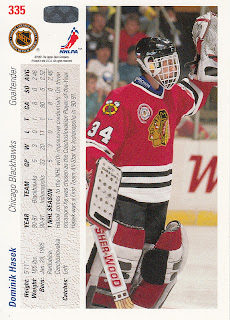 Centers:
Steen's #25 jersey was retired by the Jets in 1994.  His was the second in franchise history after Bobby Hull. 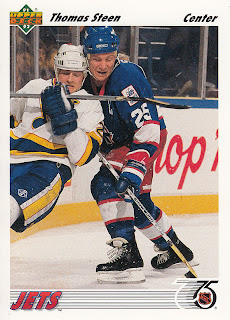 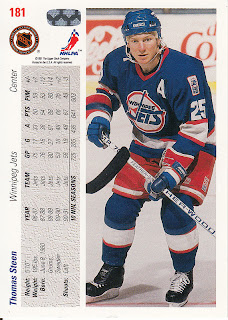 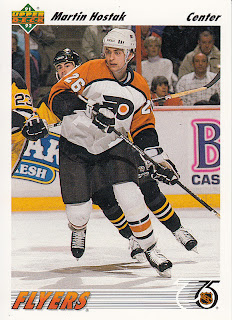 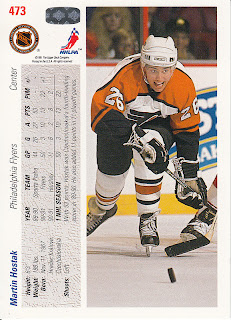 One of many hockey playing Miller's Kip is the only man to play for the NY Islanders during three separate stints. 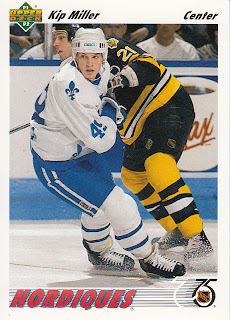 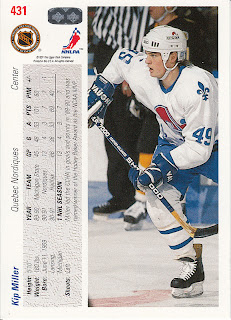 Hall of Famer and Blackhawks great Denis with the team that got him his on Cup win as a player.  Who doesn't look good in a Hab's jersey? 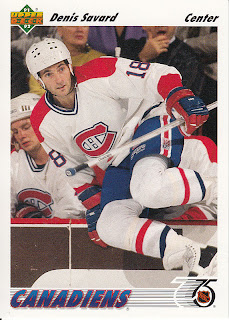 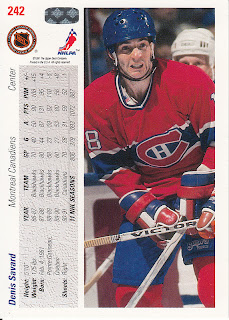 Ryan, the son of HOFer Darryl Sittler, never made it to the NHL due to a series of injuries. 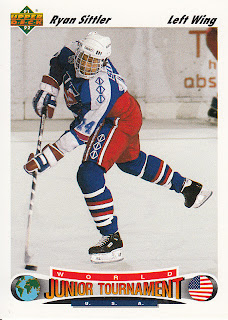 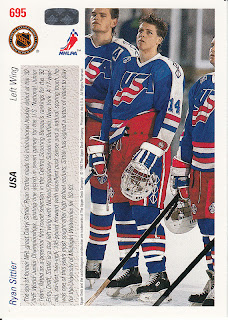 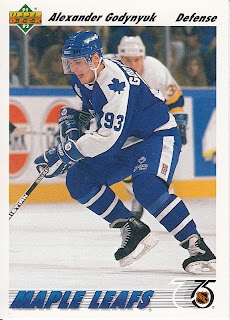 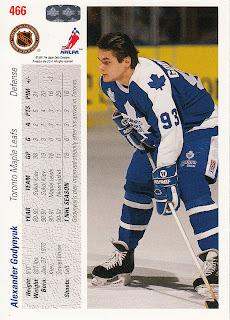 Did UD think this guy was so good he deserved two cards?  Are there any other players in this set so honored? 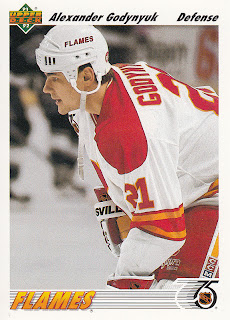 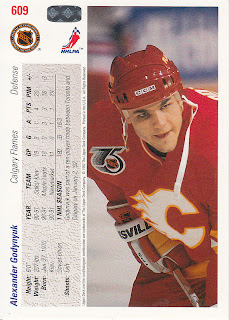 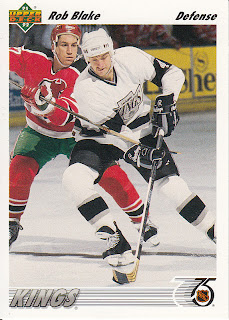 "Rico" is the only defenceman in NHL history to score a ha ttrick in a Stanley Cup Finals game (6/3/93). 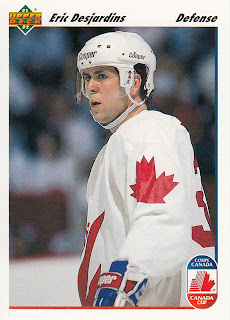 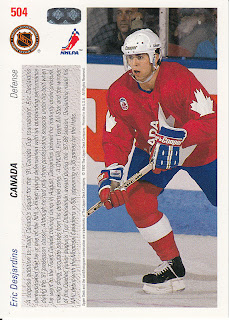 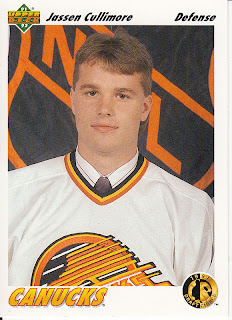 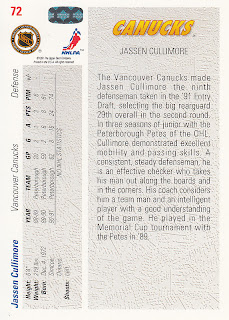