Blow Out the Candles March 2


New York Giants great Mel Ott was born in Gretna, Louisiana on this date in 1909.

Ott was the youngest player to hit 100 home run and the first National League player to reach 500.  He led the Giants in home runs for 18 consecutive years, a record for all of baseball in any of the triple crown categories. 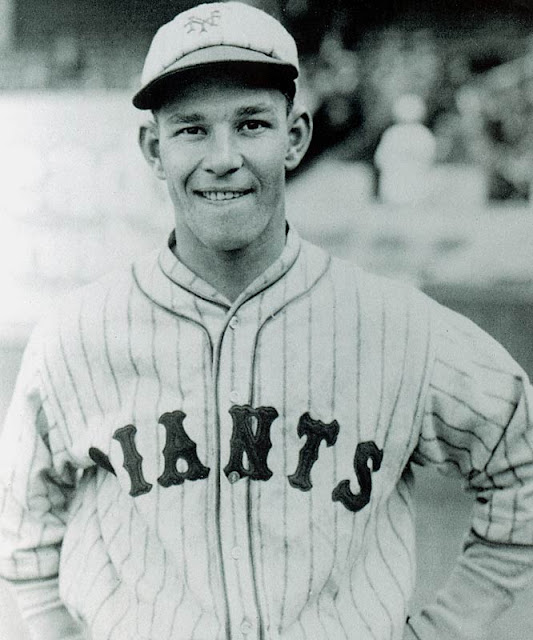 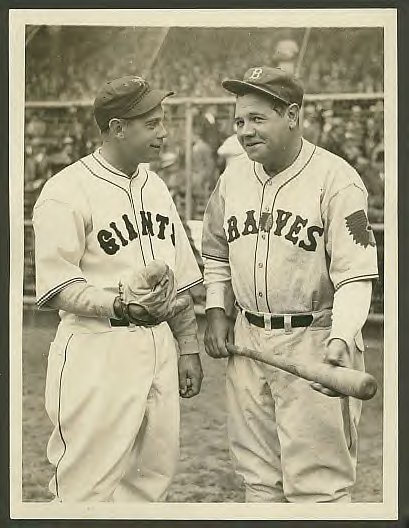 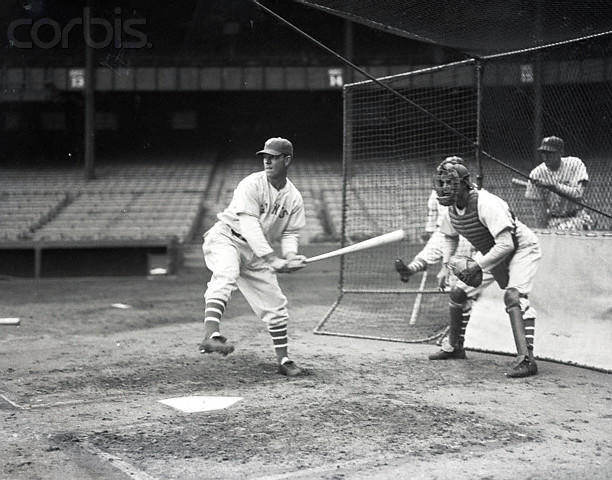 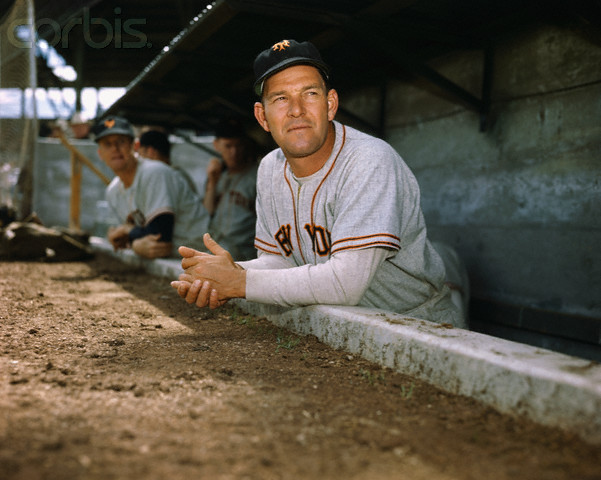 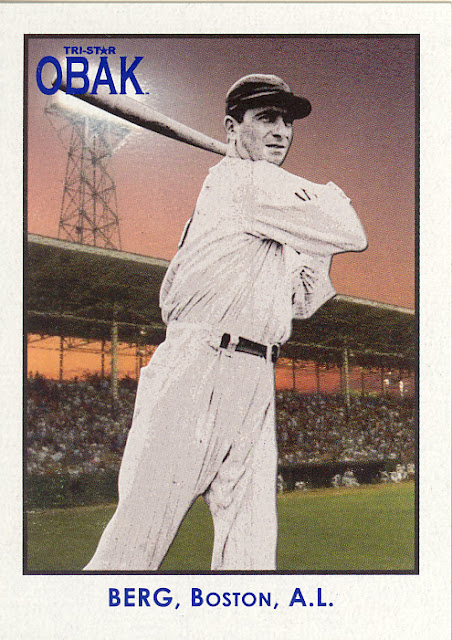 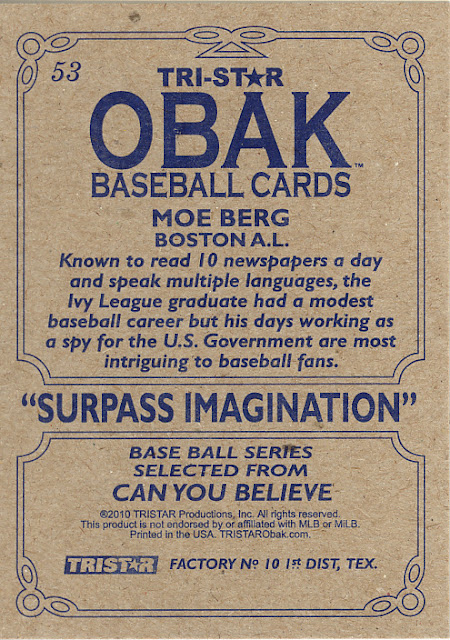 Casey Stengel called Moe Berg, "the strangest man ever to play baseball".
How many ballplayers have a bio on PBS's Nova website. 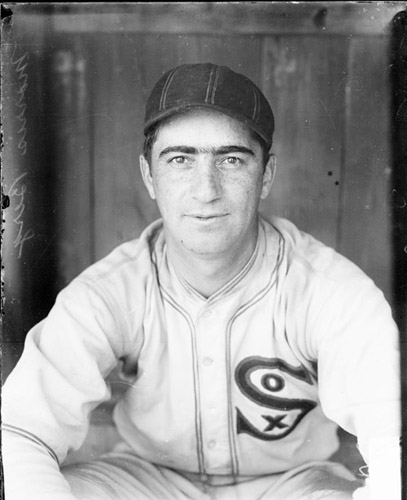 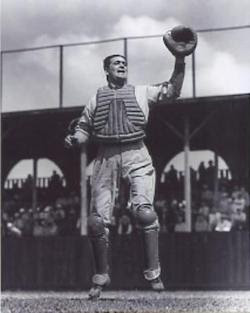 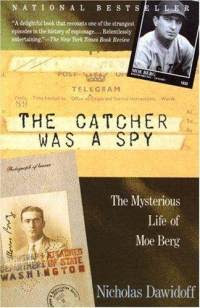 One of three books written about Moe.

Moe Berg the professor of the bullpen joked with pitchers
Reading them the newspapers he used to have delivered
He spoke to 'em in Russian, Japanese & French
He was the greatest scholar that ever rode the bench

Moe Berg & The Babe, they went over to Japan
With a team of touring all-stars giving clinics for the fans
This was back in the 30's as the world prepared for war
Moe took a lot of pictures - nobody knew what for

Moe Berg the beloved - he had the gift of gab
The moocher, the celebrity - he never paid the tab
He could get in at the ballpark - with his lifetime player's pass
He could eat up in the press box - someone always filled his glass

Moe Berg son of an immigrant - brought his father shame
All that education - then to play a child's game
Moe made it to the Majors - but his dad would never go see him
Moe's baseball card is on display at the CIA museum.

Hall of Famer Bill Quackenbush was born on this date in 1922. 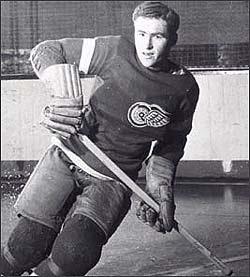 Bill averaged just 7 seconds per game in penalty time over his 14 year career including a streak of 131 games without a single penalty. 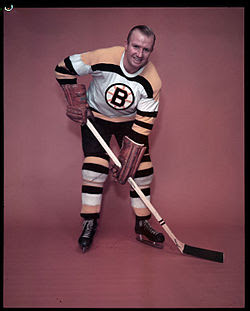 Theodore Geisel, otherwise known as Dr. Seuss was born in Springfield, Mass. on this date in 1904. 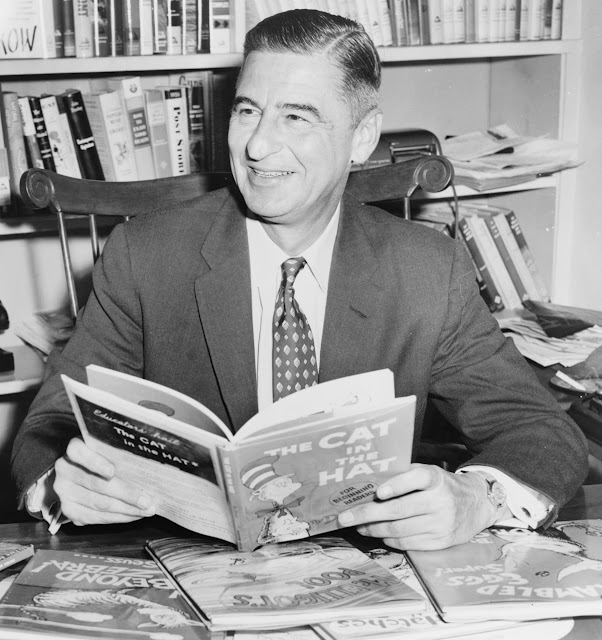 Everyone knows his kids books so here are some of his lesser known works of art.  I saw some of these about 7 years ago at a gallery on Michigan Avenue in Chicago.  The sculptures are fantastic.  If I had a few grand to spare I would have brought one home. 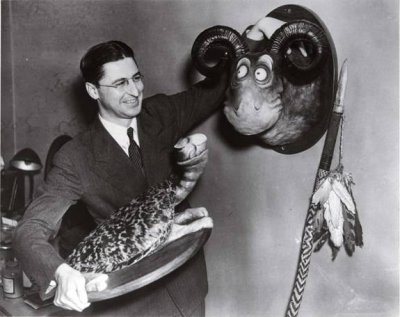 Theodore with his creations 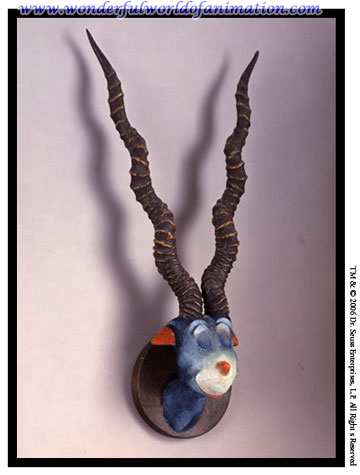 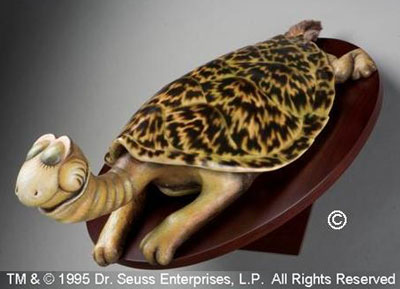 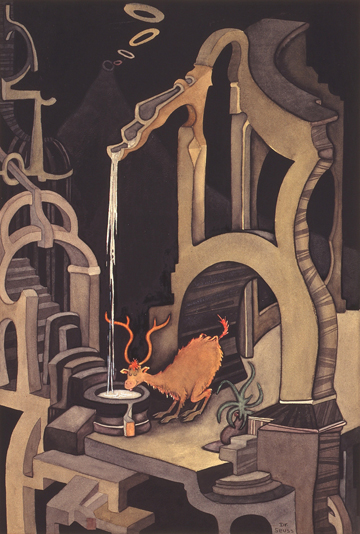 The Stag at Eve

My Petunia Can Lick Your Geranium 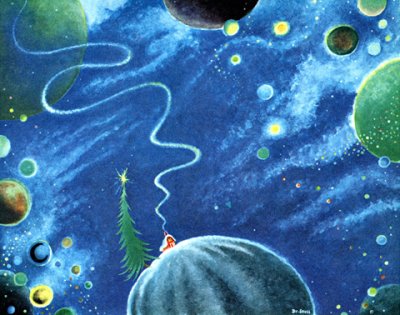 A Prayer for a Child