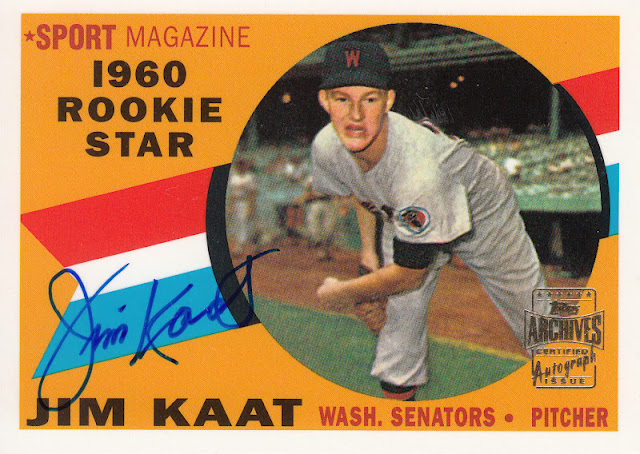 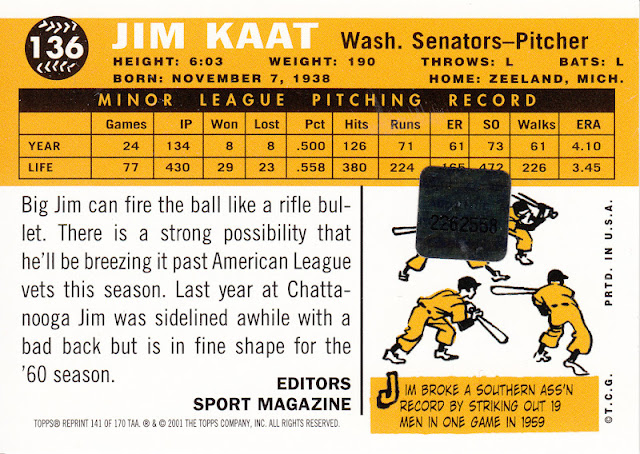 I specifically collect signatures from the 1968 Tigers but I'd want this one anyways. 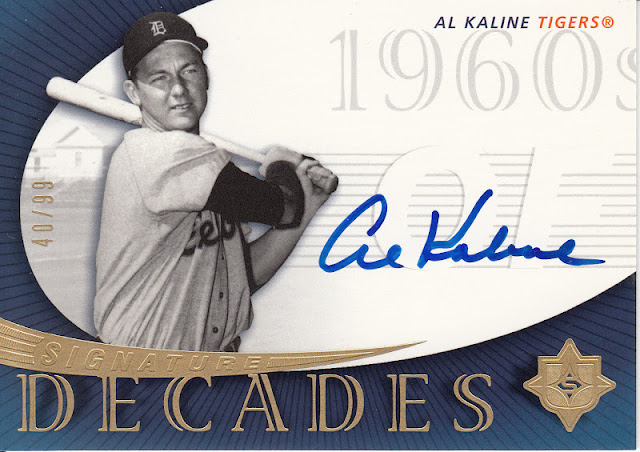 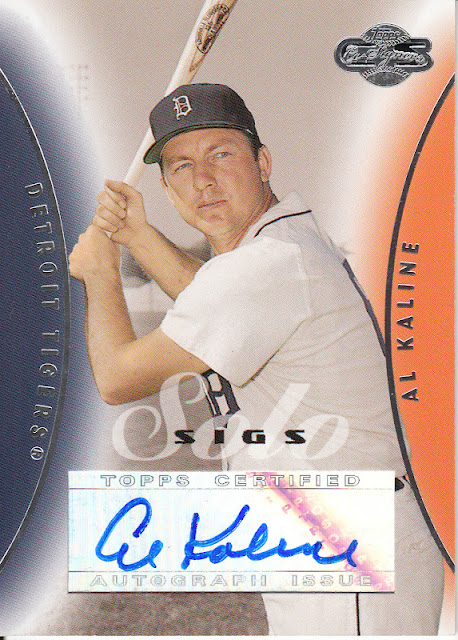 Hall of Famer George Kell was a ten time All-Star. 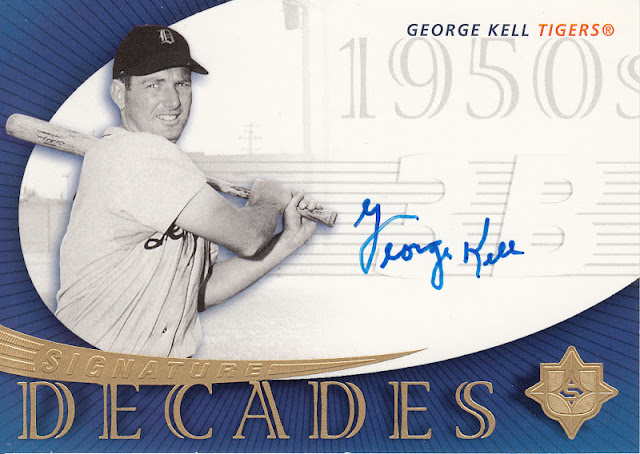 Don was the shortstop for the Cubs of my youth.  Until the Tri-Star card came out in 2008 this was the only certified auto available.  Of course it's still the best.  My three copies are below. 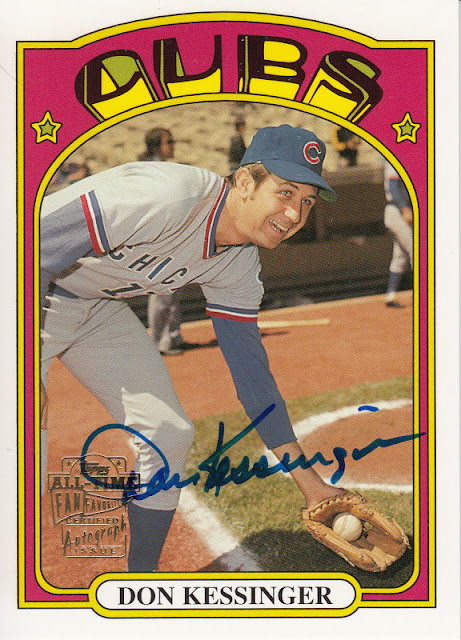 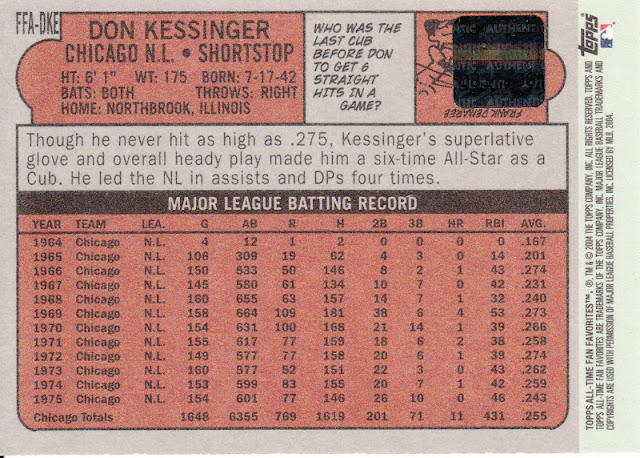 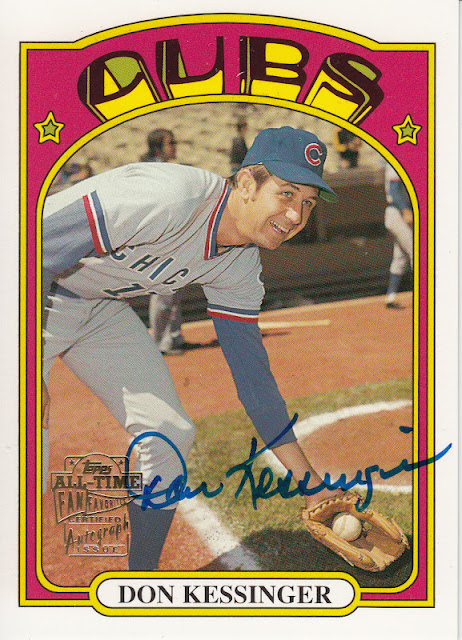 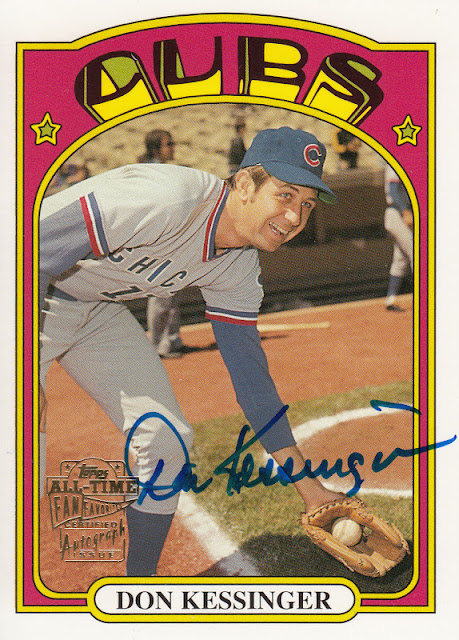 I don't generally like cut auto's of living players but Don is a member of the '69 Cubs and I got this for a great price.  It's basically a nice large sticker auto on a picture-less card.  It's not really a cut auto at all. 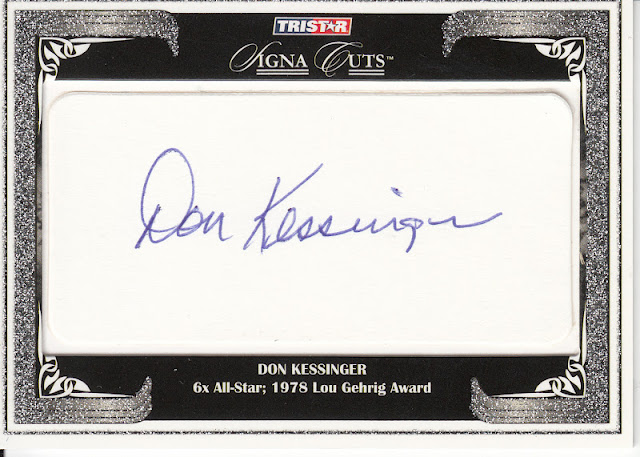