One of the all-time greats with one of the best signatures. 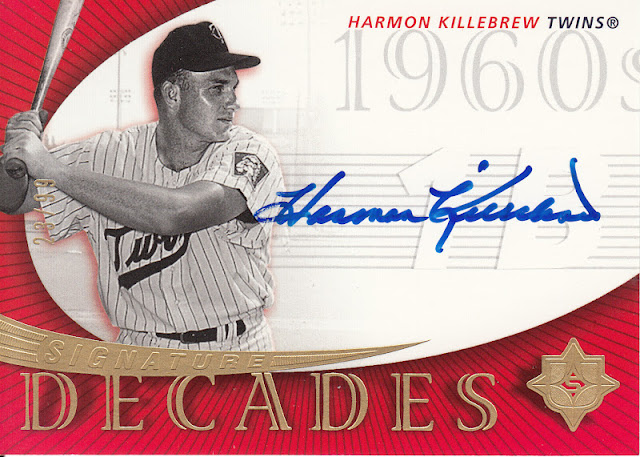 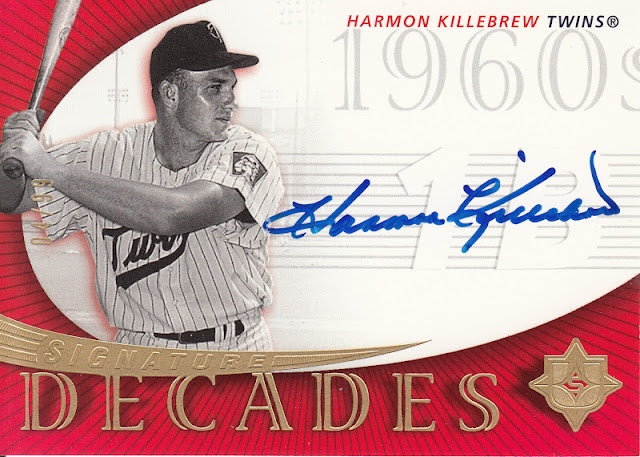 Look at the power! 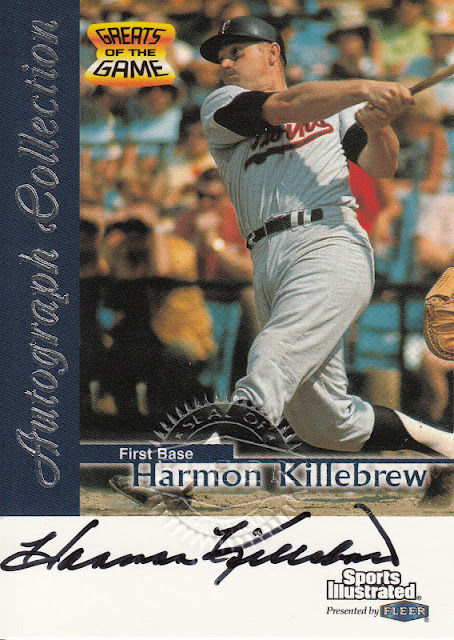 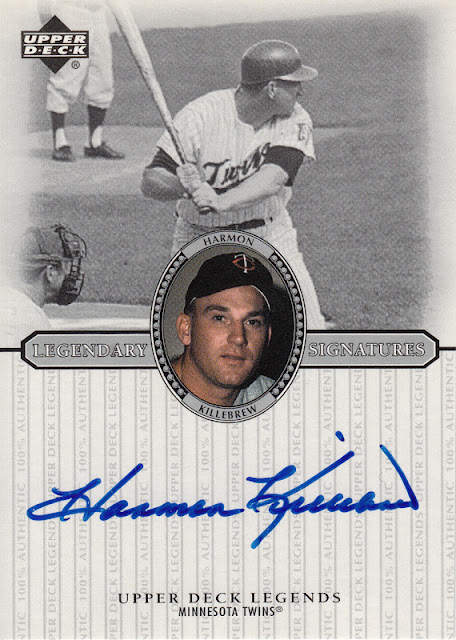 Sticker auto.  I must have gotten this one for a good price. 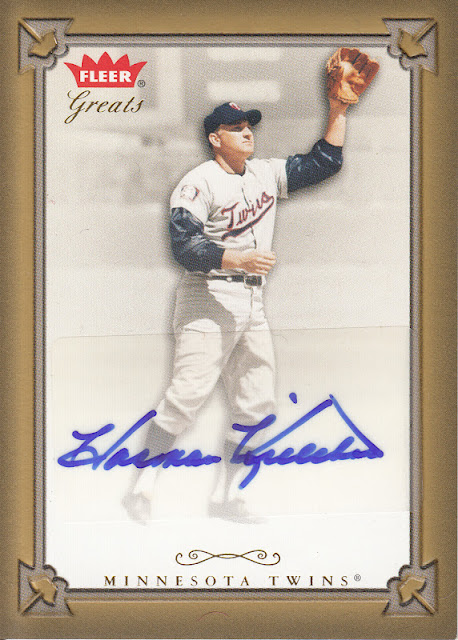 Hall of Famer Kiner led the NL in home runs for 7 straight seasons after WWII. 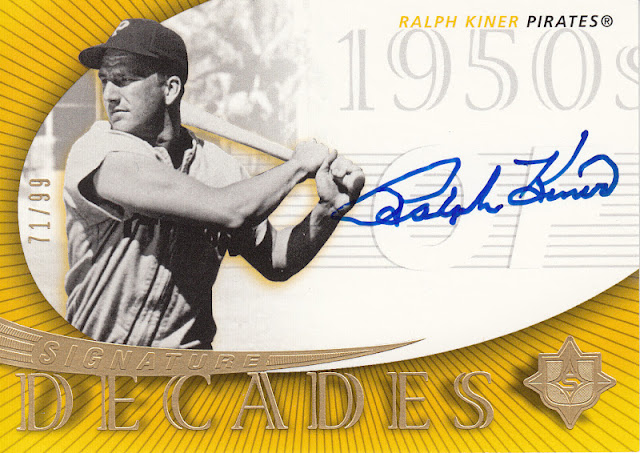 Dave had the most awesome swing I've ever seen.  Even his pop-ups were cool! 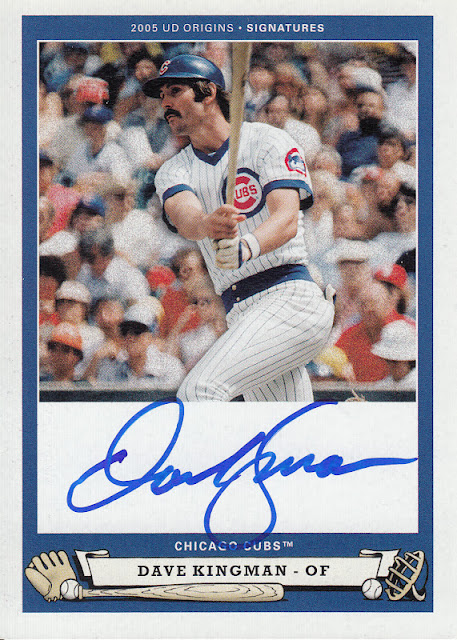