I come from an Original Six town and was born during the Original Six era so when I saw this set I had to have it, though I still waited for a good price.  I like it enough that I'm going to show you every card -- no, not all at once.  That would be crazy.  Stay tuned for more.  The set begins with the Montreal Canadiens.  They're still the first team I think of when I think hockey. (For a summary of the set skip to the end.) 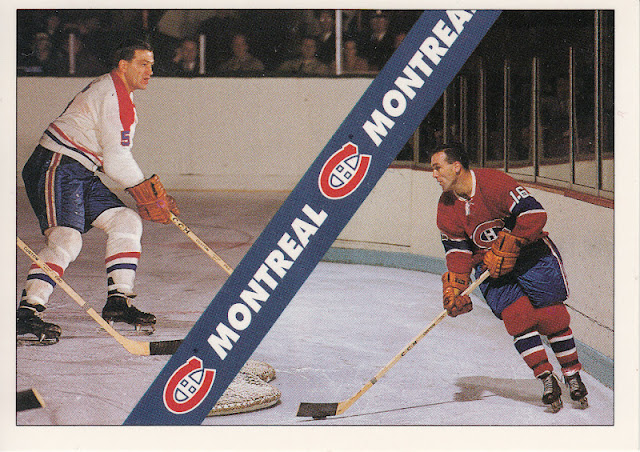 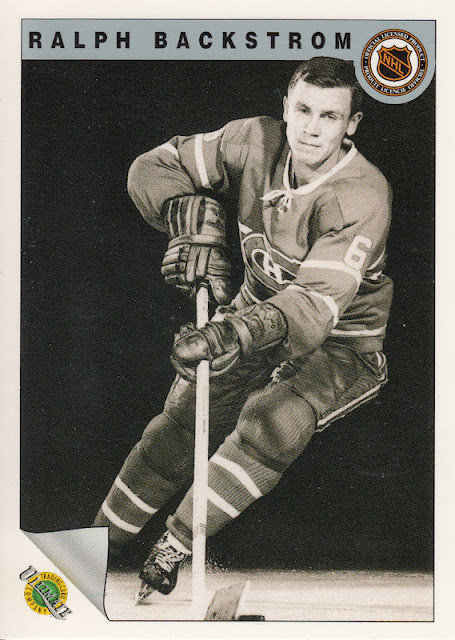 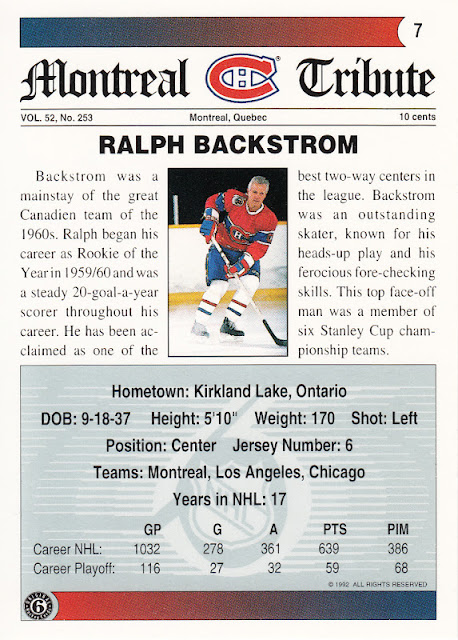 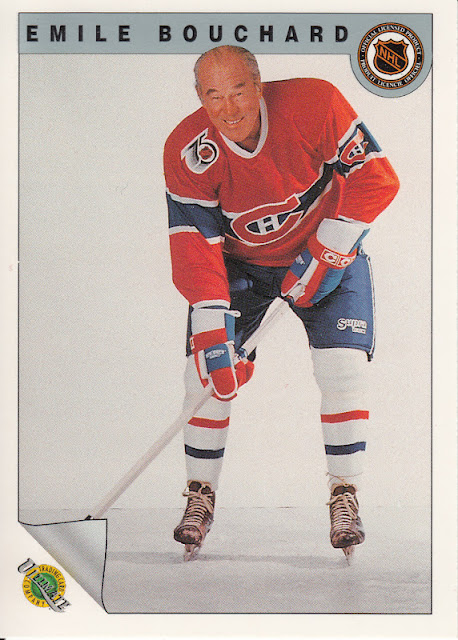 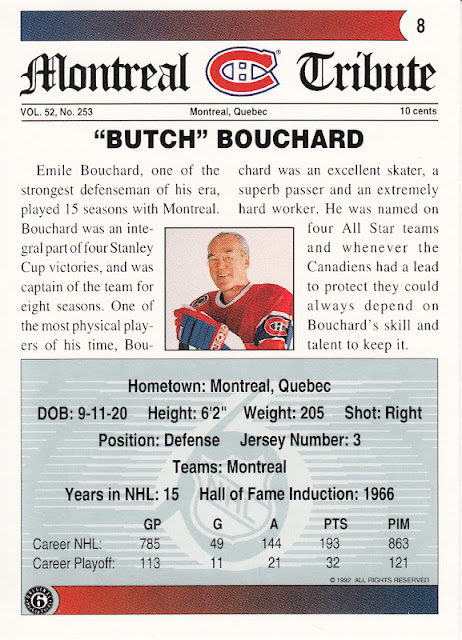 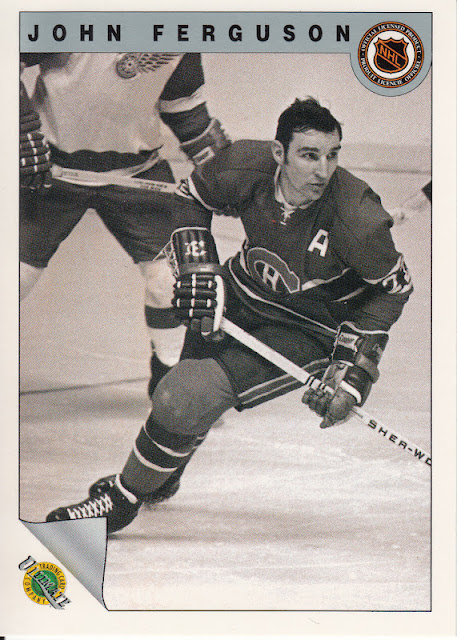 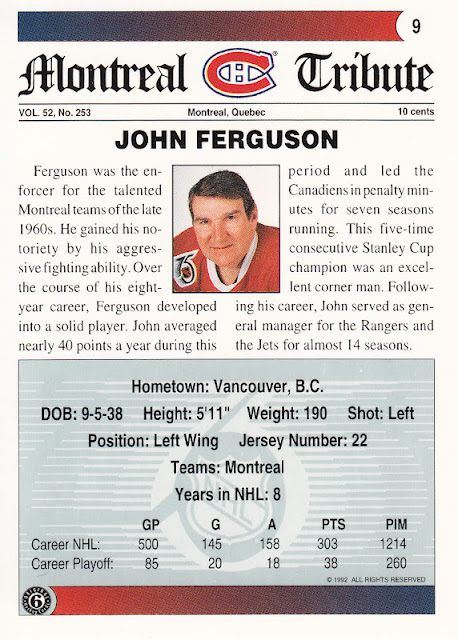 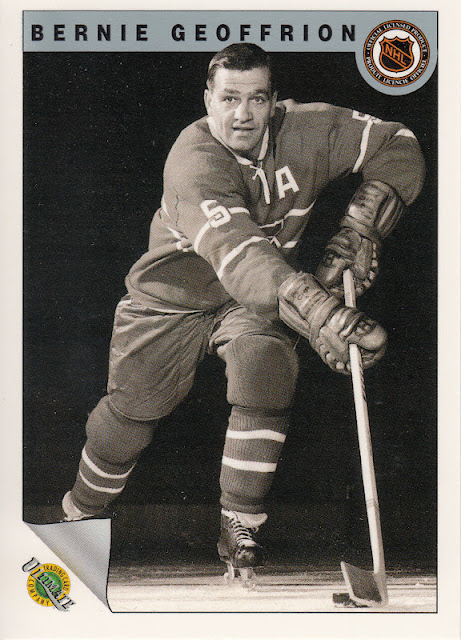 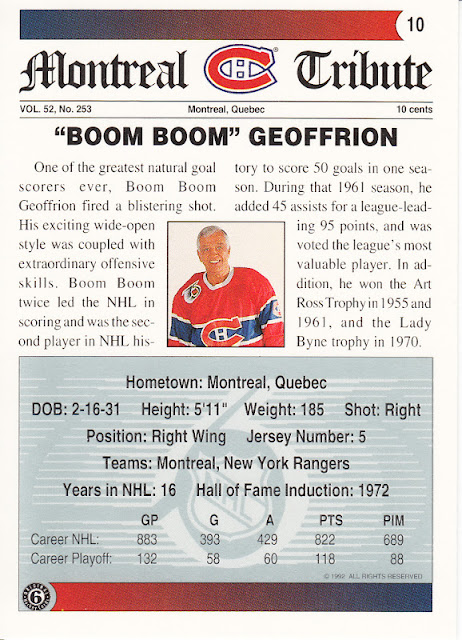 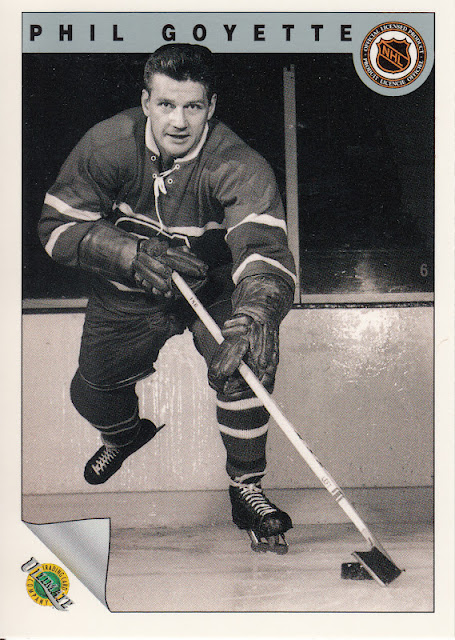 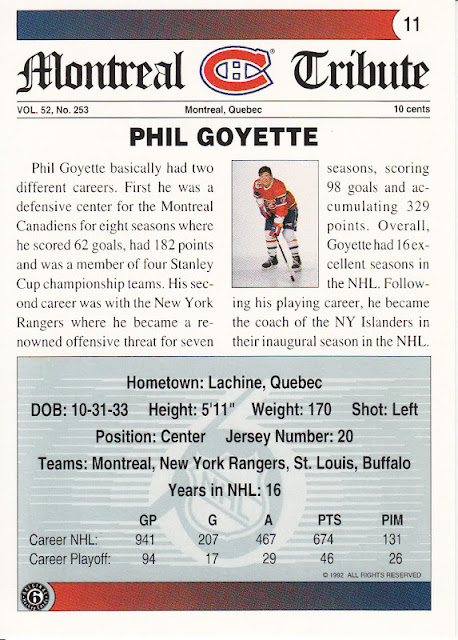 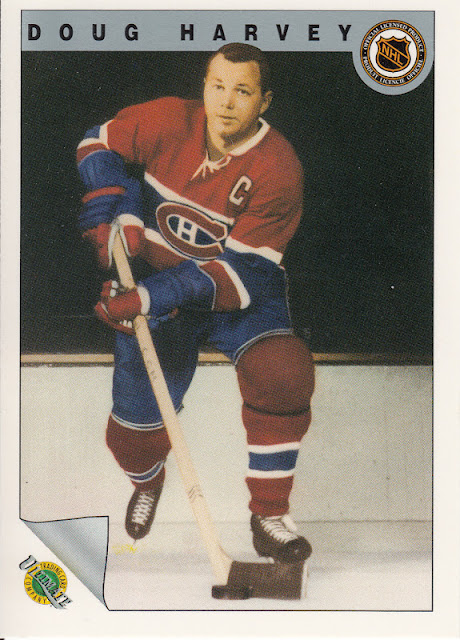 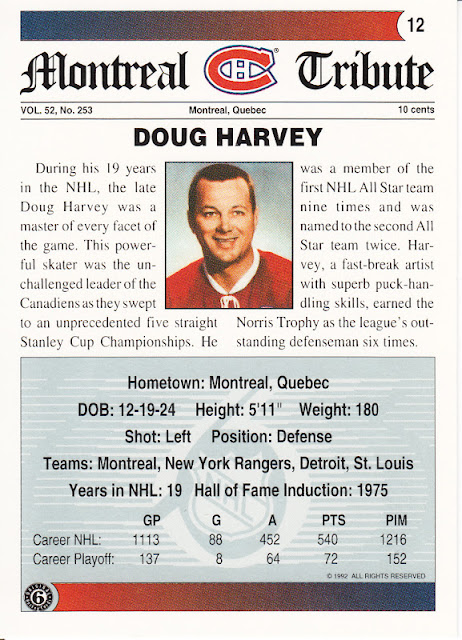 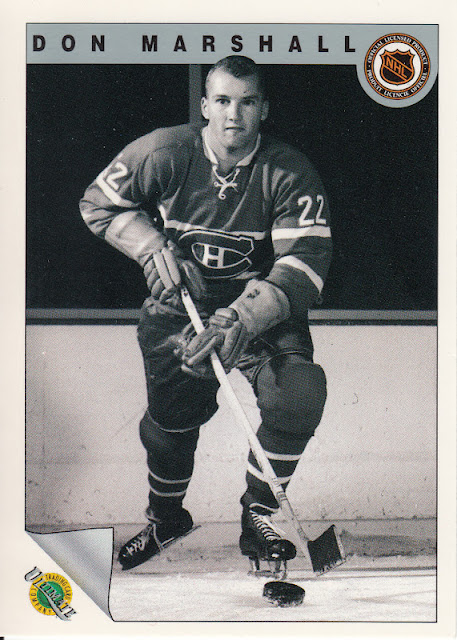 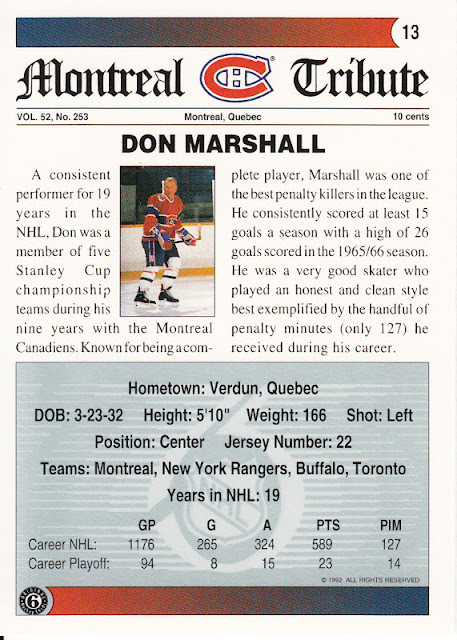 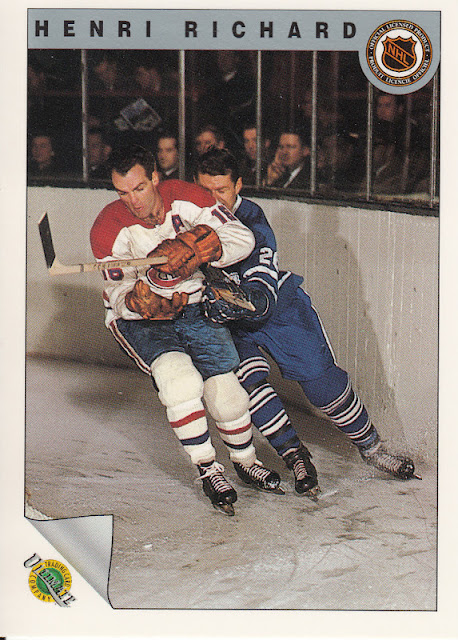 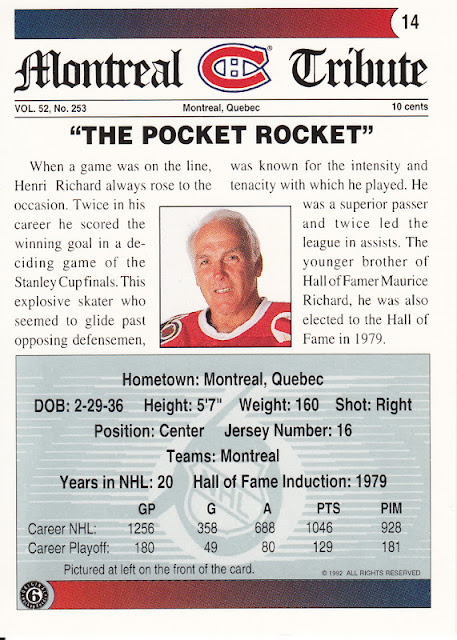 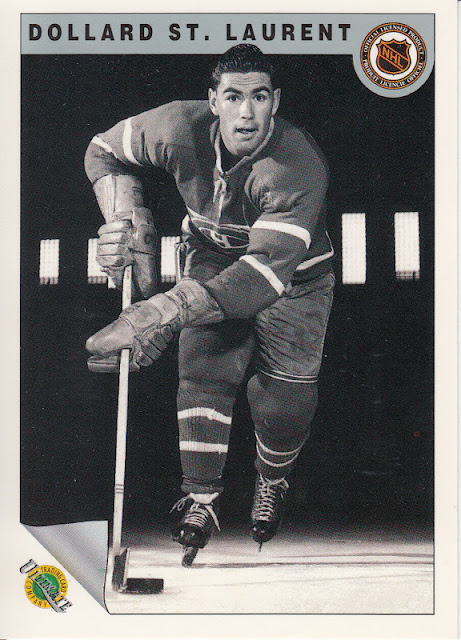 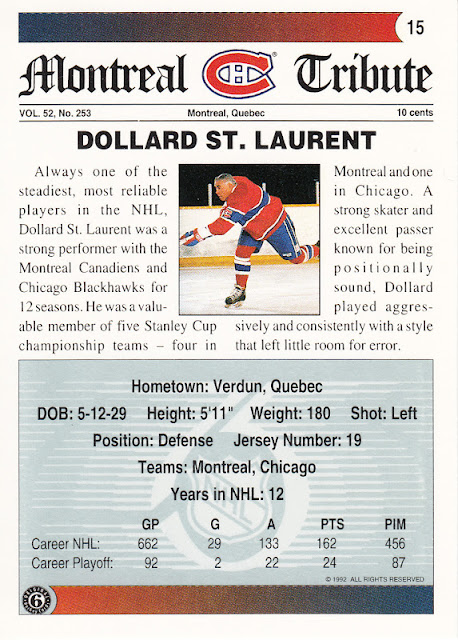 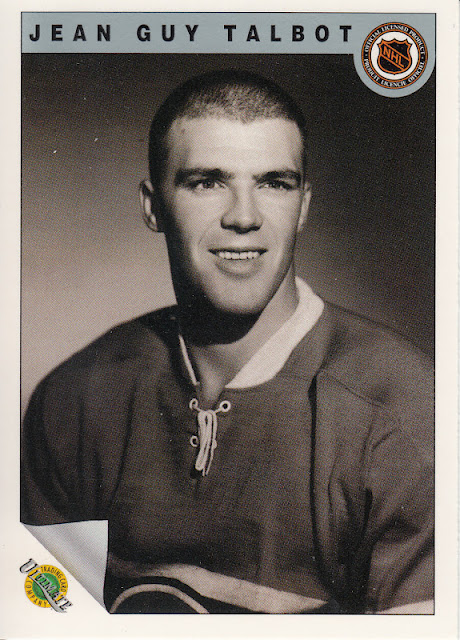 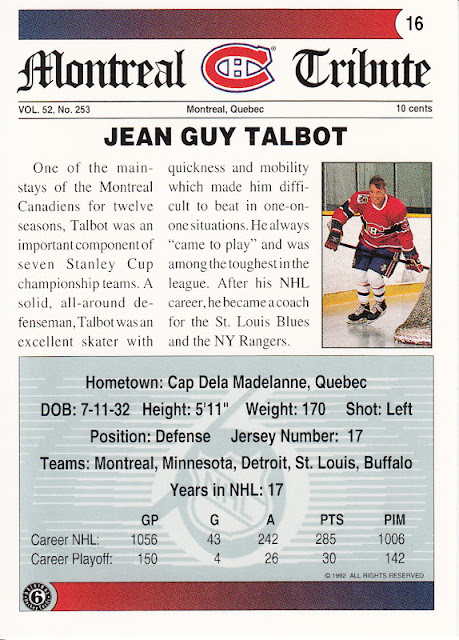 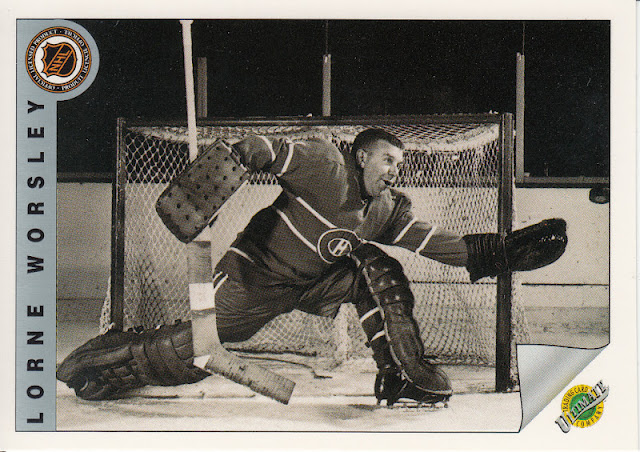 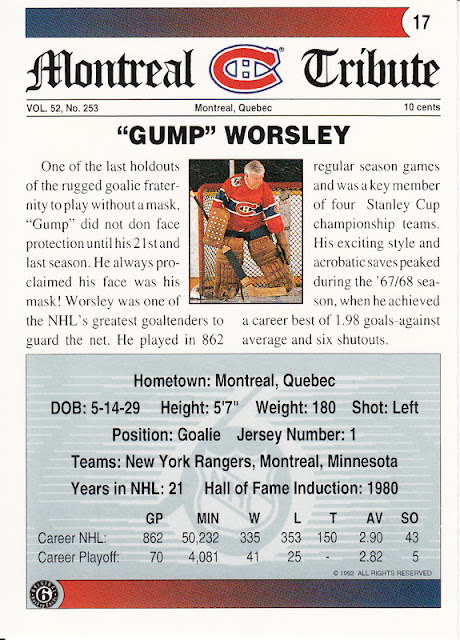 Set Description: Produced by the Ultimate Trading Card Company, this 100-card standard-size set celebrates the 75th anniversary of the NHL by featuring players from the original six teams in the NHL. The cards were available only in foil packs, with a production run reportedly of 25,000 foil cases. Each foil pack included a sweepstake card; prizes offered included 250 autographed Bobby Hull holograms and 500 sets autographed by those players living at the time. The fronts feature color action photos with white borders, with the player's name in a silver bar at the top and the left lower corner of the picture rolled back to allow space for the producer's logo. The backs have a career summary presented in the format of a newspaper article (with different headlines), with biography and career statistics appearing in a silver box toward the bottom of the card. The cards are numbered on the back and checklisted below as follows: Team Checklists (1-6), Montreal Canadiens (7-17), New York Rangers (18-29), Toronto Maple Leafs (30-46), Boston Bruins (47-56), Chicago Blackhawks (57-65), Detroit Red Wings (66-72), Ultimate Hall of Fame (73-78), All Ultimate Team (79-84), Referees (85-87), Bobby Hull (88-92), and Great Moments (93-97). The cards were produced in both English and French versions. Either version is valued the same.

Posted by Hackenbush at 1:06 PM