I just opened this pack of 2009 Upper Deck Icons: 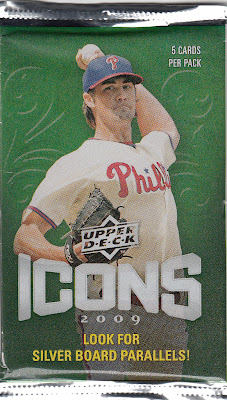 My scanner cropped the right off a couple of these.  Upper Deck is not at fault. 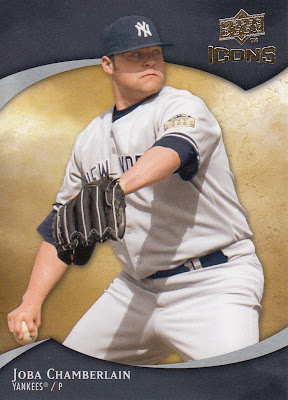 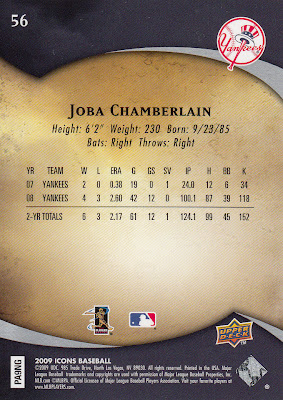 Joba's on the DL.  Anyone's guess what his future is. 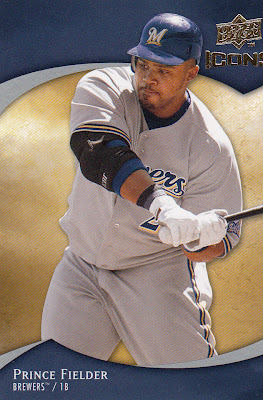 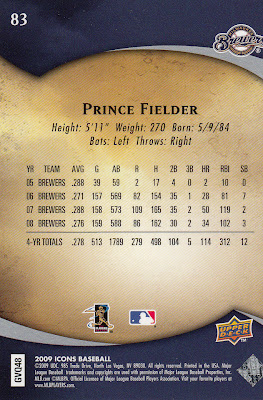 Prince is having another monster year.  Is he the Cubs starting first baseman for 2012? 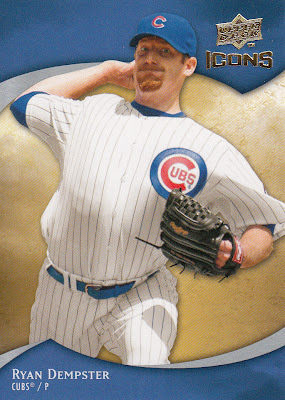 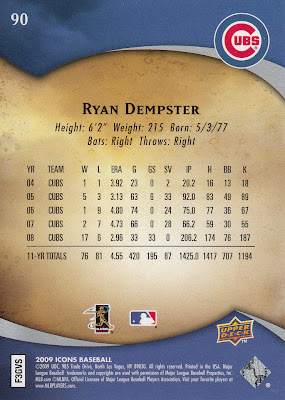 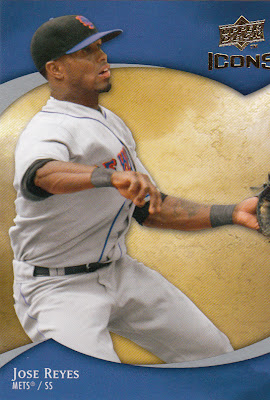 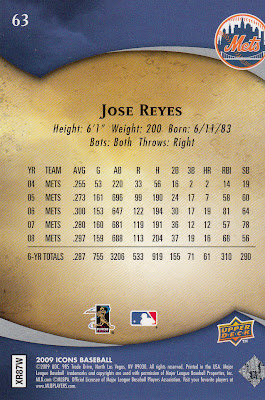 My Cubs loyalties aside you hate to see a guy having such a great year go down with an injury. 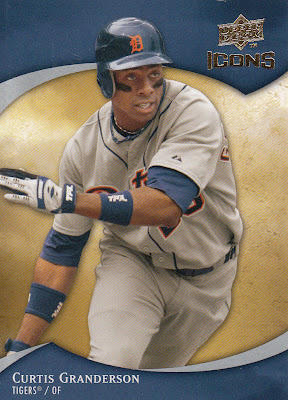 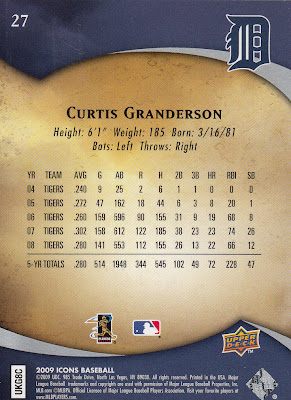 Another guy having a great year.  He leads all of baseball with 77 runs scored.
As far as the players in this pack go I'm very happy.  Three current stars and a Cubs favorite (though I already have it).  Design-wise I'm lukewarm.  They're clean looking but not very exciting.  The photography is just OK.  In general I don't like backs with recent stats only and no text.  Again, they're clean but not very interesting.
Posted by Hackenbush at 6:00 PM