Blow Out the Candles July 8 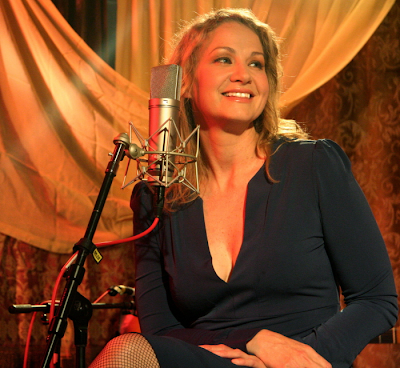 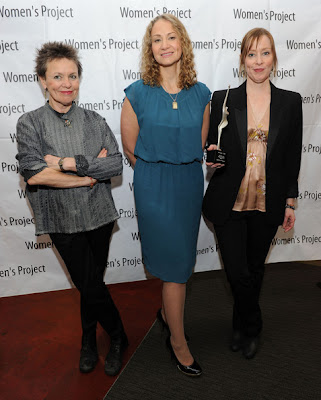 Joan with Laurie Anderson and Suzanne Vega in 2010
The "King of the Jukebox", Louis Jordan was born in Brinkley, Arkansas on this date in 1908. 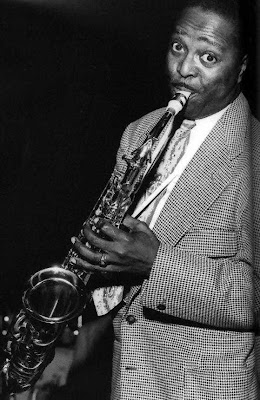 From Rolling Stone Magazine who in 2004 ranked Louis as the 59th greatest artist of all-time:
"I used to be so upset because I came to America too late to see King Oliver's band and because I never got to see Bix Beiderbecke or Bessie Smith live. But I heard Louis Jordan many times. He was one of the greatest entertainers I have ever seen. When you heard him with his band, the Tympany Five, you were transported. The rhythm would start, and boom! You would go.

B.B. King, Chuck Berry and all of the other early rock & roll and R&B stars were influenced and inspired by Jordan. And as time passed, he actually got hipper. Jordan started off as a jazz musician -- I first saw him playing as a sideman in Chick Webb's band in the mid-Thirties -- and he was a great saxophone player. He had a strident tone, very infectious and extremely rhythmic, that was very different from the tone of the jazz saxophonists of the day, like Johnny Hodges, Willie Smith and Benny Carter. Jordan had this raspy, soulful tone.

But Jordan hit a strong chord with black audiences because he had this shuffle rhythm, this undeniable groove, that was on so many of his great records like "Saturday Night Fish Fry," "Caldonia" and "Blue Light Boogie." The rhythm of his band was so engaging — it was unbelievable. And Jordan had a fabulous sense of humor. He found songs that could reach a wide public. Jordan was really one of the first crossover artists. "A Chicken Ain't Nothin' But a Bird" — that's a black folk song. But he put that shuffle in there. And he used it in a lot of his train-type songs, too, like "Choo Choo Ch' Boogie."

There were certain black artists, like Louis Armstrong and Fats Waller, who were criticized for not helping the race, so to speak, because of their clowning, the way they would take a kind of Negro attitude to make entertainment for white people — a continuation of minstrelsy. Now, Louis Jordan was an intelligent man. He may not have had a formal education, but he was extremely well-spoken, and he realized he could make money by making jokes about being black, on songs like "Ain't Nobody Here But Us Chickens" and "Salt Pork, West Virginia," which pokes fun at Southern blacks. Racial jokes abounded in his songs. But in a lot of those songs, it turns out that everybody goes to jail. At the end of "Saturday Night Fish Fry," they all wind up in jail. Everybody is having a good time, then the cops arrive. That's a powerful statement about racism, too.

The artist that Jordan influenced the most was Ray Charles. Everybody talks about Ray Charles being influenced by Nat "King" Cole and Charles Brown. But when Ray Charles was growing up, the music he heard down home was Louis Jordan. Some of Jordan's lesser-known recordings became very famous as Ray Charles hits. "Let the Good Times Roll" — the Ray Charles version — is an exact copy of Jordan's record. Jordan also had a ballad, one of the few he recorded, that became a hit in the ghettos of America: "Don't Let the Sun Catch You Crying." Ray Charles went on to do a fabulous version of that, with a big orchestra.

Jordan's sound was hard to imitate. At Atlantic Records, we used that boogie-woogie feel on some of the jump numbers we recorded with Joe Turner. But the main thing was the sound of Jordan's voice, the way he sang. It was a kind of talk-singing. He's actually talking the lyrics in "Saturday Night Fish Fry." Jordan was really a precursor to rap. Back then, they used to call it Harlem rhyming jive. Rap didn't just come out of nowhere."
Posted by Hackenbush at 7:00 AM