I guess I'm in the minority but I think these 3-1/2" x 5", 1983 Donruss Action All-Stars are nice.   Here they are in numerical order. (Click to enlarge particularly if you want to read the backs).
If the comments I've been getting on the first half of the set are any indication these cards do have some fans.  Anyone want to comment that doesn't like them? 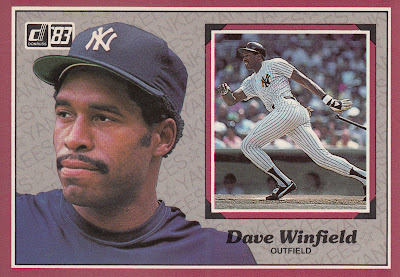 Just saw Dave on ESPN this morning.  He picked Craig Biggio as the cream of the crop for the 2012 Hall of Fame. 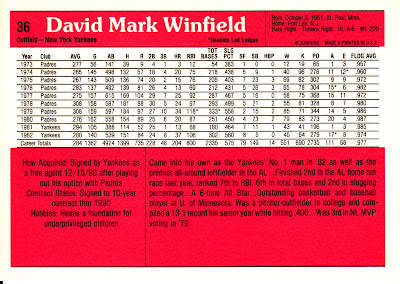 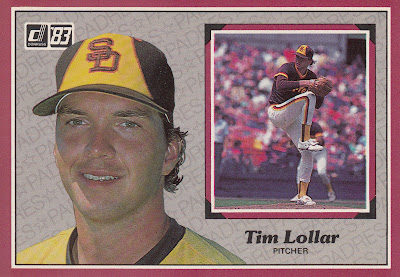 Tim made this set based on his 16-9 record in 1982.  It turned out to be his one good year and he was out of baseball after the 1986 season.  He later became a golf pro and director of golf at a Colorado golf club.  Here's what he had to say about the career change:
"The guys at the club ask me if I miss baseball. My typical response is: 'Yes. On the first and 15th (of every month). On payday.' Right now at Lakewood Country Club, I have about 450 members. So I can only have 450 people screaming at me instead of 50,000. But it's nice to be remembered. I still get two or three letters a week, many with baseball cards to autograph." 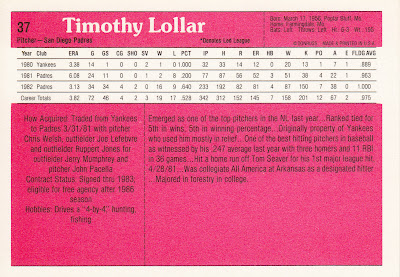 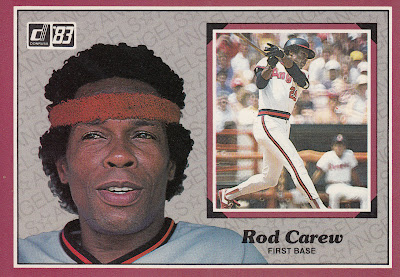 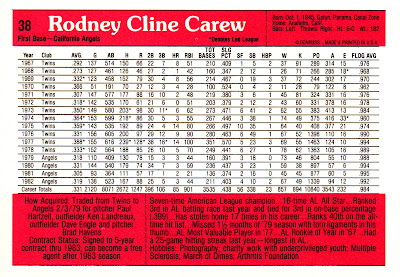 I don't know if someone at Donruss did this on purpose but the next two guys were traded straight up for each other after the 1978 season. 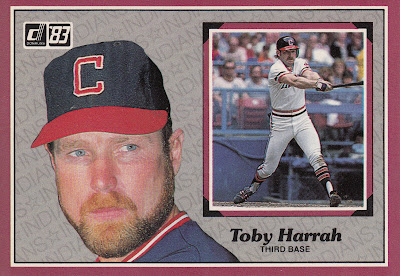 Found these bits of trivia on Wikipedia:
Harrah was involved in three of the most unusual feats in Major League baseball history.

On June 25, 1976, he played an entire doubleheader without taking a single fielding chance. What was most unusual about this was that he managed to do so while playing shortstop, given the predominance of right-handed hitters in a baseball lineup (who will usually hit the ball to the left side of the infield).

Just over one year later, on August 27, 1977, Harrah and teammate Bump Wills would hit back-to-back inside-the-park home runs, the only time this feat has ever occurred in a Major League Baseball game.

On August 6, 1986, Harrah hit a second inning grand slam for the Rangers, while Baltimore Oriole players Larry Sheets and Jim Dwyer both went deep for grand slams in the Orioles' nine-run fourth, establishing a new record for bases-full homers in one game (Texas beat Baltimore, 13-11). 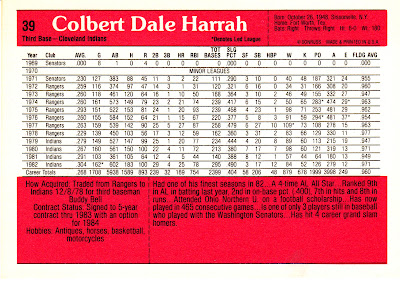 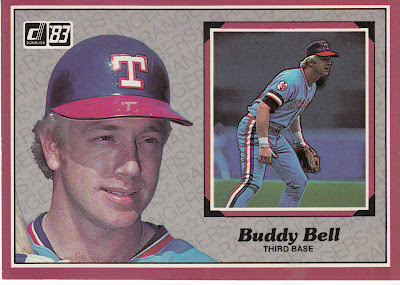 Buddy was a five time All-Star and 6 time Gold Glove winner.  He's notable for being the second of three generations of Bell's to play in the big leagues.  His father is Gus Bell, and his sons are David and Mike. 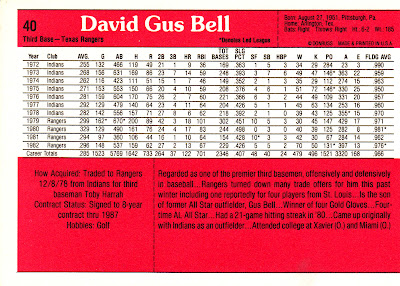