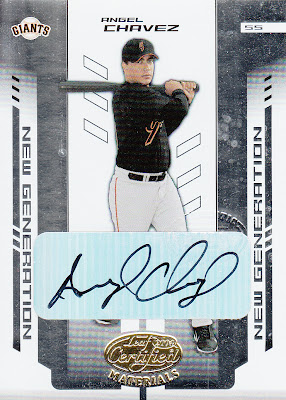 2004 Leaf Certified Materials #254 312/500
I must have picked this up as part of a lot cause I've never heard of Angel Chavez.  I looked him up and found that he did play in ten games for the Giants at the end of the 2005 season, hitting .263 with a 2B and an RBI.  Since then he's bounced around the minors.  There's no record of him playing in 2011.
I can't give a good excuse for having two of these other than that I was big into collecting this set.  Maybe the second one was a "good deal" (my wife kids me about using that phrase).  How about the look on Will's face. 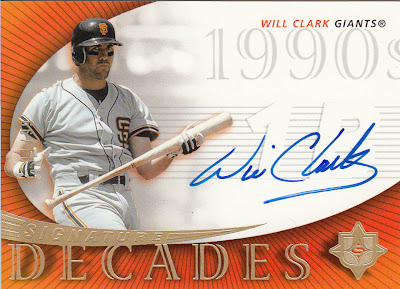 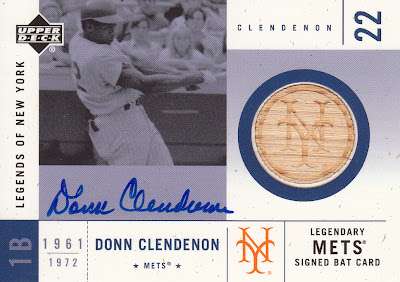 2001 UD Legends of NY #SMB-DC
I have a Miracle Mets autograph collection and this is one the tougher ones to find since Donn passed away in 2005.  Clendenon was the MVP of the 1969 World Series.  The bat piece is a nice bonus.  P.S. (My Ron Santo collection is in a totally separate box from any of the Mets.)
Posted by Hackenbush at 7:00 PM