Blow Out the Candles March 4

Hall of Fame pitcher Dazzy Vance was born in Orient, Iowa on this date in 1891. 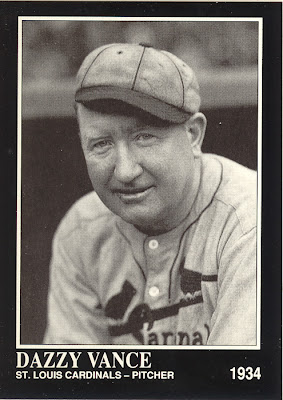 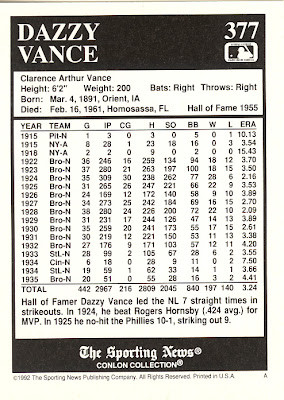 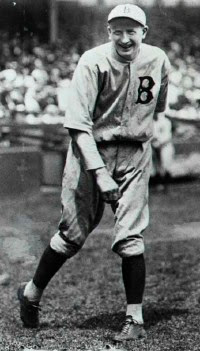 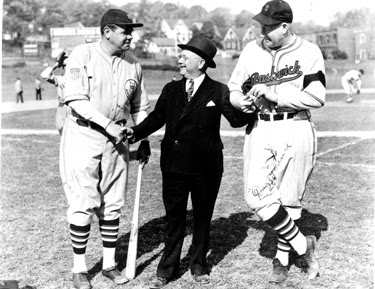 Is there a ballplayer from the 1920's or 30's that didn't take a picture with the Babe?
"Back in Nebraska I knew a cowboy who, when he saw a horse, a gun or a dog that he liked, would say ‘Ain’t that a daisy,’ only he would pronounce ‘daisy’ as ‘dazzy.’ I got to saying, ‘Ain’t that a dazzy,’ and before I was 11 years old, the nickname was tacked on me." - Dazzy Vance

V is for Vance
The Dodger's very own Dazzy;
None of his rivals
Could throw as fast as he.
--Ogden Nash
Lefty O'Doul was born in San Francisco, CA on this date in 1897. 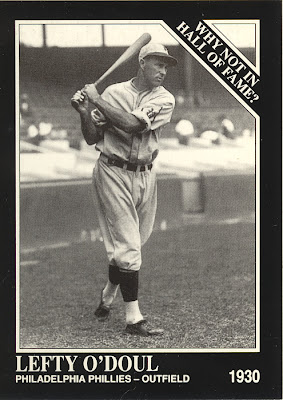 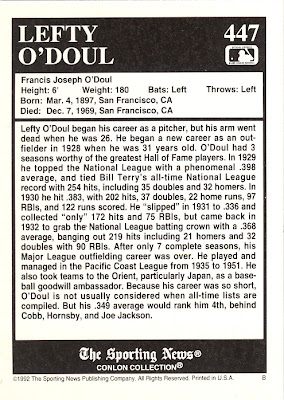 Not exactly Babe Ruth, but Lefty was a player who converted from pitcher to outfielder and ended his career with a .349 lifetime average.  The card  above gives a good summary of his career (click to enlarge). 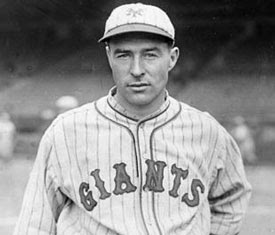 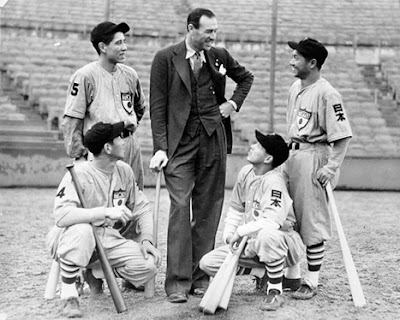 Lefty, seen here in 1935, is credited with helping popularize the game of baseball in Japan and was enshrined in the Japanese Baseall Hall of Fame in 2002.
The bar and restaurant O'Doul founded,  Lefty O'Doul's is still operating in San Francisco. 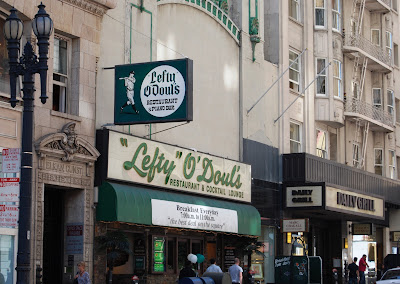 Posted by Hackenbush at 8:14 AM