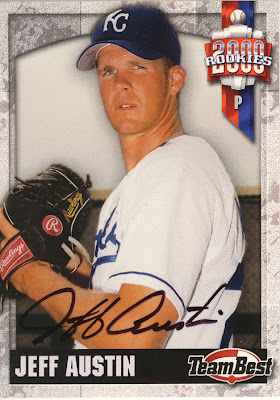 I honestly do not know how I got this card.  I also didn't know who Jeff Austin was.  To the Batcave! -- no To the Internet!  I grew up in the days of World Book and Britannica encyclopedias and though I've had high speed internet for around seven years I'm still amazed at the ease of looking things up on the web.  Don't know something -- thirty seconds later you've got your answer and then some -- with pictures and video sometimes. 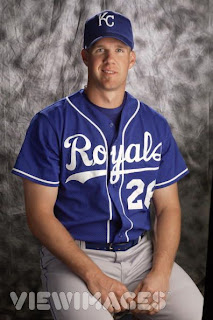 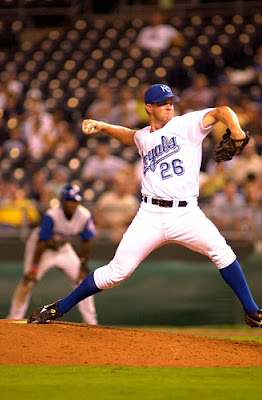 Jeff pitching against the Toronto Blue Jays on July 30, 2002 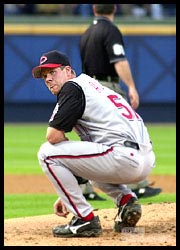 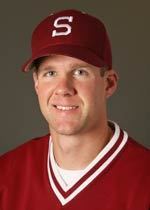 In 2007 Jeff was hired as an assistant coach at his alma mater Stanford where he was the National Collegiate Player of the Year in 1998.  He is credited with mentoring future Washington Nationals pitcher, Drew Storen. "Jeff had a tremendous impact on our pitching staff last year," commented [Cardinals head coach] Marquess. "We don't go anywhere without the pitching, and we went to the College World Series; Jeff deserves a lot of credit for that. There were a lot of obstacles in the way to be successful, and Jeff had a lot to do with our guys overcoming that and having career years."

This September 19, 2010 article in The Washington Post on Drew Storen references Storen's relationship with Austin and mentions that Jeff is currently working for Google.
Posted by Hackenbush at 5:00 PM