Blow Out the Candles March 3

John Montgomery Ward was born in Bellefonte, Pa on this date in 1860. 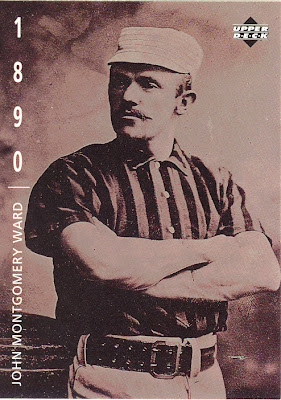 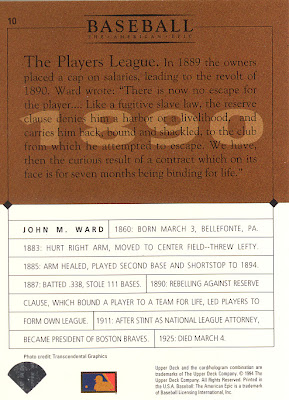 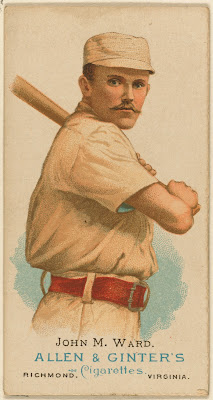 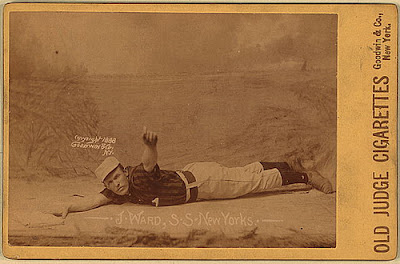 John Ward excelled as both a star pitcher and top-flight shortstop during his 17-year Major League career. In 1879, he led Providence to the pennant with a league-leading 46 victories, and in 1880 authored the second perfect game in big league history. As the star shortstop for the New York Giants, Ward helped the club capture its first two pennants in 1888 and '89. A staunch opponent of the reserve clause, Ward organized the Players' Brotherhood (baseball's first union) and formed the short-lived Players League in 1890.


Did You Know:
that on Aug. 17, 1882, John Ward pitched an 18-inning, complete-game shutout, the longest shutout by one pitcher in big league history?
"No player before or after his day on the diamond ever did more to bring the sport to its present high standing and popularity. He was considered the model ballplayer of the century."
Sam Crane, NY Journal 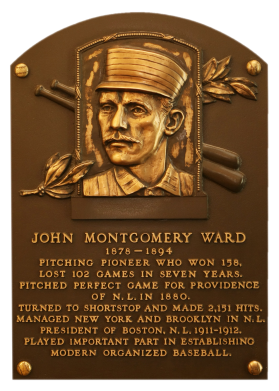 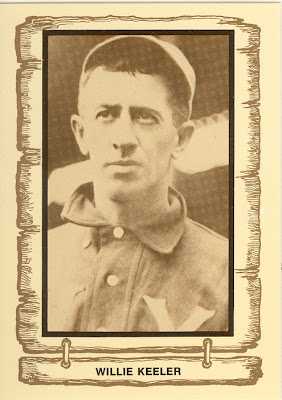 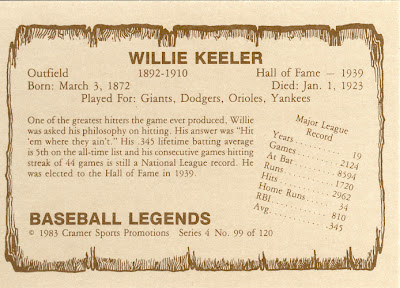 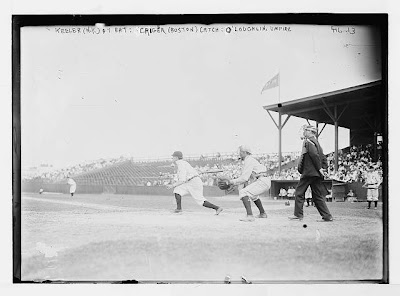 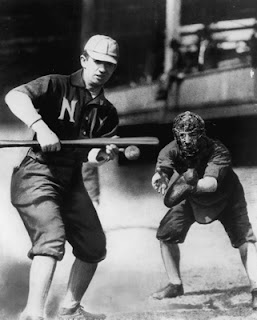 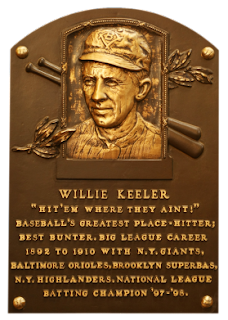