The other day I found a bunch of miscellaneous sports stuff in a stack of old Sporting News.  I was excited to find the Cubs program signed by Ron Santo.  It was something I had completely forgotten that I had.  I was even more excited to come across an item that I remembered having but thought was long gone.

My Dad's notation on this Blackhawks program dates it to November 29, 1967.  He took me that night to the old Chicago Stadium to see the Blackhawks against the Flyers.  It's still the only hockey game I've ever seen in person.  I'm not sure of the exact circumstances but I think my Dad's boss had a connection with the Wirtz family and somehow got our program signed either that night or soon after.  At some point I obviously had it taped on the wall but the last I remember it was in a book about the Green Bay Packers which I had to throw away because it got water damaged.  I had it in my mind that the program cover must have been destroyed.  I'm glad to find out I was wrong. 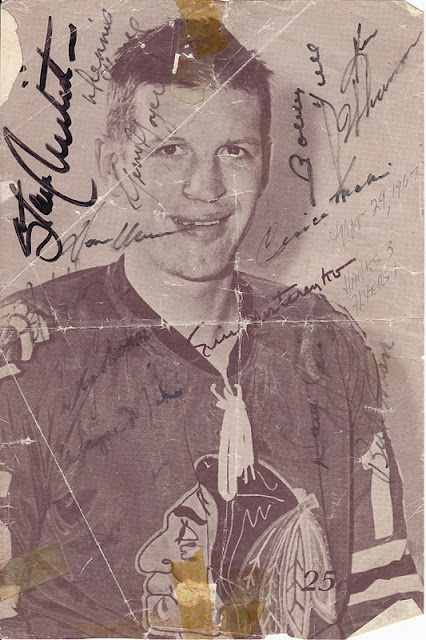 I recognize most of the signatures but there are a few I could use help with.  The 1967-68 roster is at the bottom.
Here I see, Stan Mikita, Dennis Hull and Gerry Goyer. 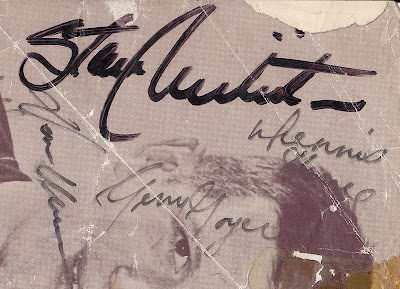 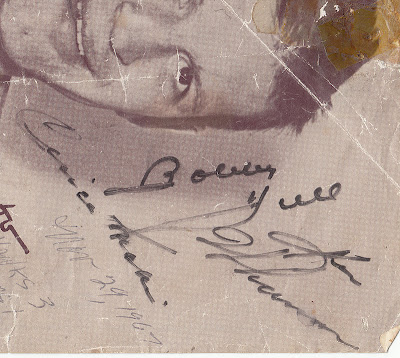 These are a little smudged (?) but toward the bottom are Doug Mohns and Wayne Maki.  Does anyone have a guess as to who the two at the top are?  The very top one looks like "Don" something but there's no Don on the roster.  The second one down may be a lost cause. 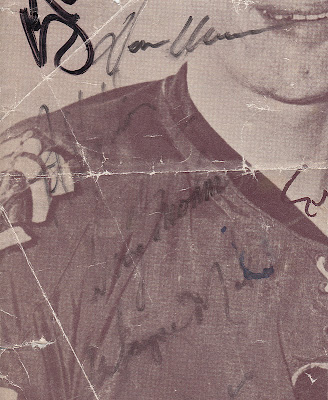 I think the top one here is Doug Jarrett but that may be wrong.  What do you think?  Is the one under that Bill Orban? 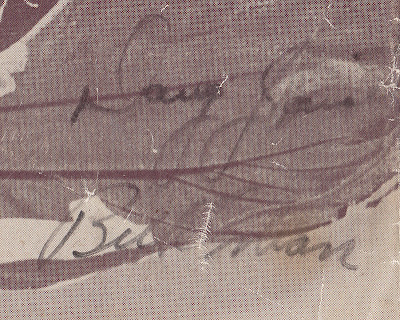 Though I've since acquired most of these signatures on cards, this program is special both for the connection to my Dad and for the fact that the autographs are all from when the players were still playing.
Posted by Hackenbush at 8:00 AM