Have you ever discovered something exciting in your own home that you forgot you ever had?  That's what happened to me yesterday.  My wife and I moved recently (sort of) and I confess we're still not completely unpacked.  I have a bunch of my "stuff" in a spare bedroom in boxes.  While attempting to organize I opened a box labeled "Sporting News".  I noticed it wasn't full (as a couple others were) and it seemed to have some other things in it.  Along with a number of other programs, this one jumped out at me. 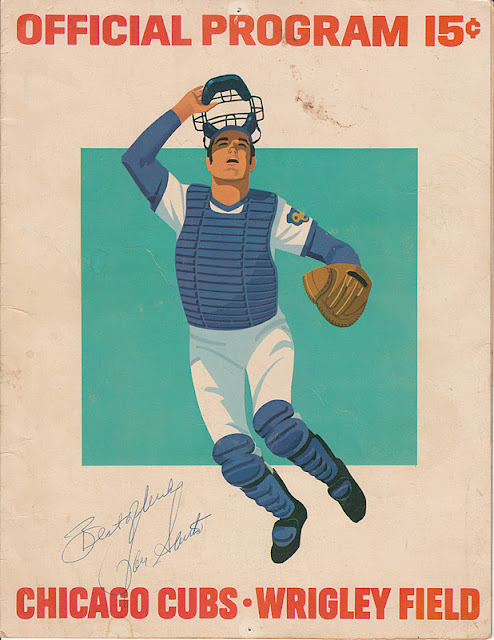 A signature?  Who's?  Oh, my god, it's Ron!  Sure enough, signed with Santo's always great penmanship and with a nice "Best of luck" inscription. 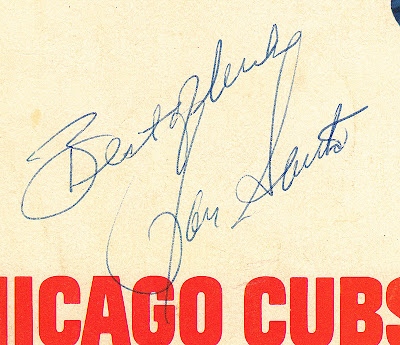 It doesn't make much sense that this kind of signature with an inscription would have been obtained at the ballpark hanging over the wall with dozens of other fans.  It wasn't.  After Santo's retirement I sent some items including a rookie card to him at his Torco Oil office.  I must have put this in a box with other scorecards and just forgotten about it.  I'll bet I haven't seen it in decades. 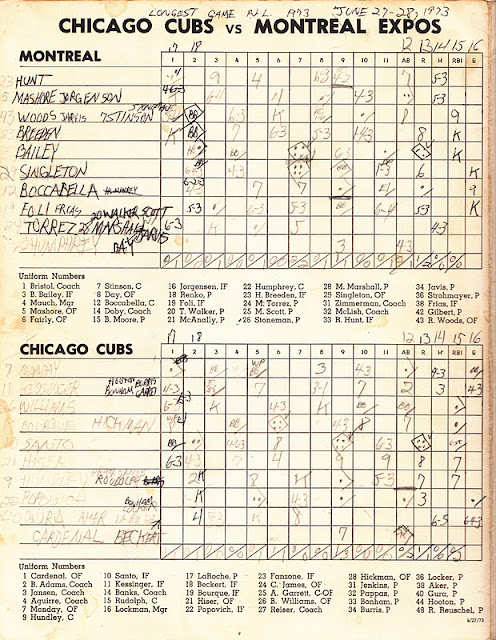 The game was the second of a double header on June 27, 1973.  The Cubs lost  in 18 innings but Ron hit two game tying home runs, in the 9th and 13th.  Some handwriting I had, huh? Here's the legible info on the game from Baseball-Reference.com.  BTW Santo had a good first game too, which the Cubs won 6-1.  For the day he was 6-11 with one walk, two doubles, two home runs, six RBI and four runs scored. 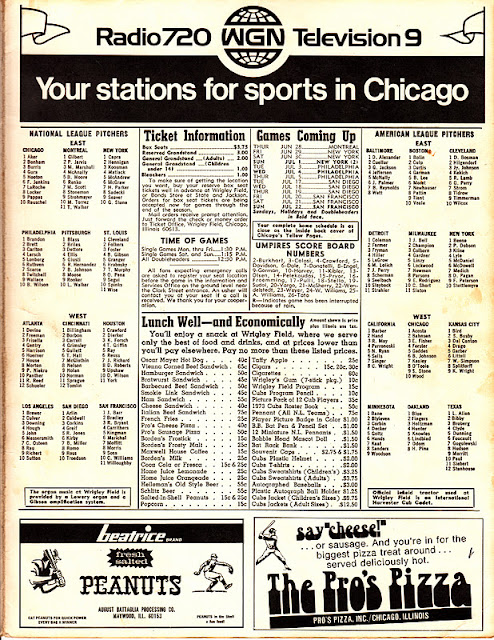 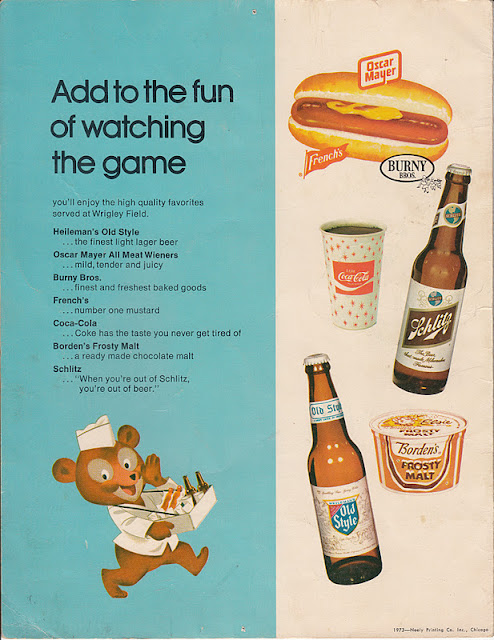