One of the best things about being a Ron Santo collector is that there are a reasonable amount of cards out there both from his playing days and after.  Of course it's also one of the worst things as well.   Most of the cards I don't have are either so rare that I can't find them or so expensive that I can't afford them.  Recently I actually found one that wasn't either, so I bought it.

It's called "black" but I'm not sure why since it's more of a dark silver.  There's a white version that isn't numbered but I don't think I've ever seen it and I find that strange.  I do have four of the autographed version, one of which is pictured below. 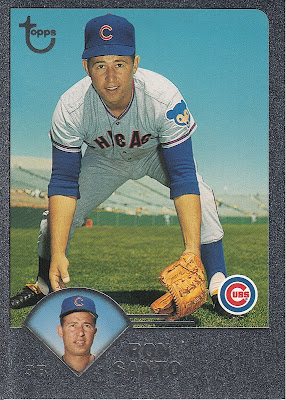 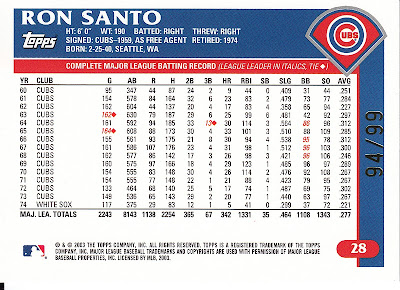 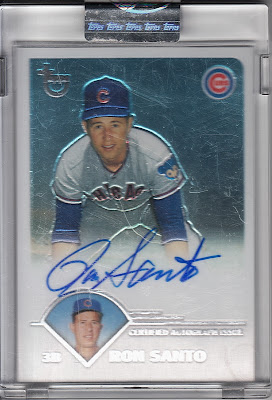