I was not unhappy when the Cubs made Mike Quade their 2011 manager.  The players seemed to like him and they played very well at the end of 2010.  After this abysmal season I can't help but wonder how things would have played out if the Cubs had promoted Ryne Sandberg instead of Quade.  It's been rumored that Ryno could be back in 2012 if not as manager at least on the big league coaching staff.

In his honor here are a quartet of oddball Sandberg cards from my chaos of a collection:

The name says it's Sandberg but is it really?  It is even supposed to be? 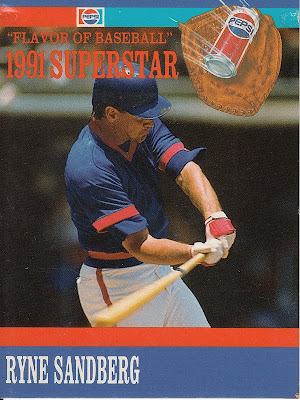 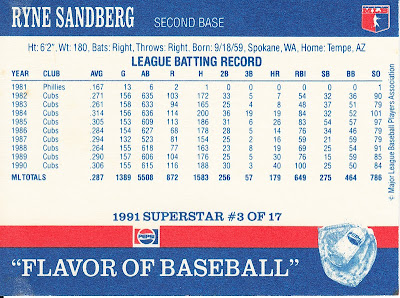 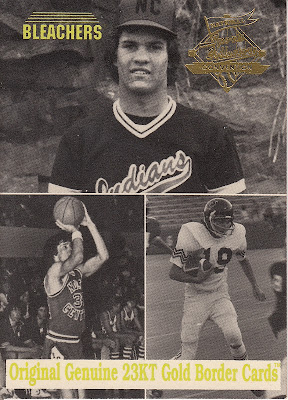 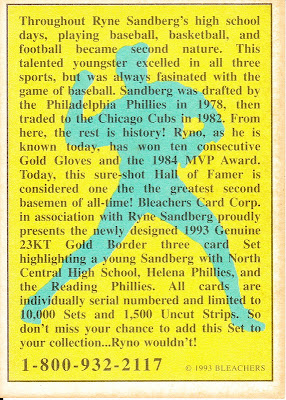 There's no way to show you how really cool this card is in a scan.  It's Upper Deck for Denny's from 1994. 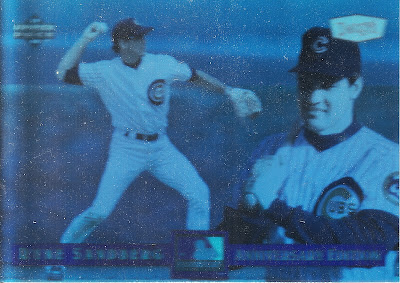 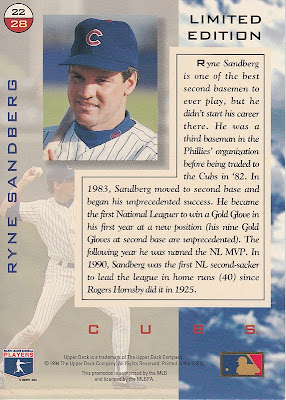 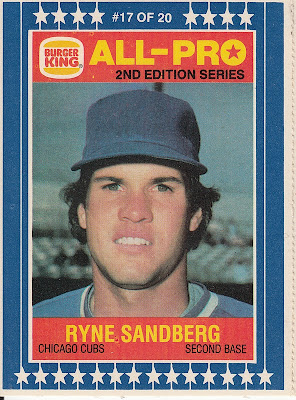 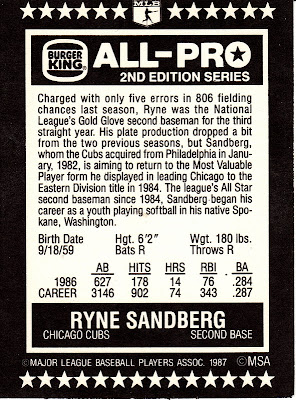 Posted by Hackenbush at 8:13 AM