As is often the case, I found these two cards while looking for something else.  The first thing that struck me was that Topps and Upper Deck used the same photograph of Rick Wilkins in their 1993 sets.  I showed them to my right-brained wife who almost immediately pointed out that the people in the background were different on each one.  Have a look: 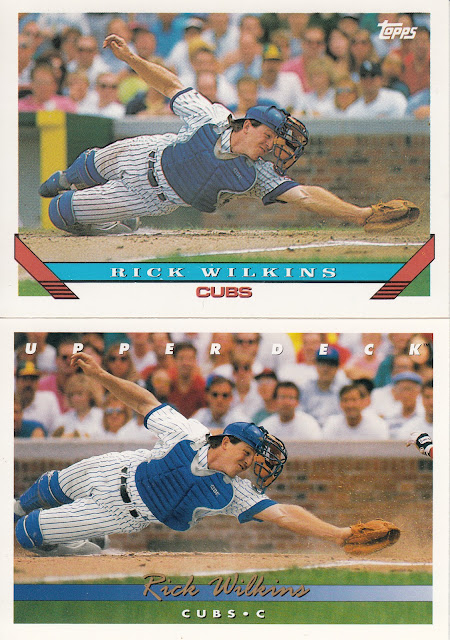 My guess is that the Upper Deck photo is the original and the Topps was manipulated.  I do think I spot an artifact.  There's a dark line above Rick's right shoulder.  I'm also pretty sure the visitor's dugout wouldn't be in any shot taken of a play at the plate.  Anyone else have anything to add?  Are there other instances you know of where the same photo was used by different card companies? 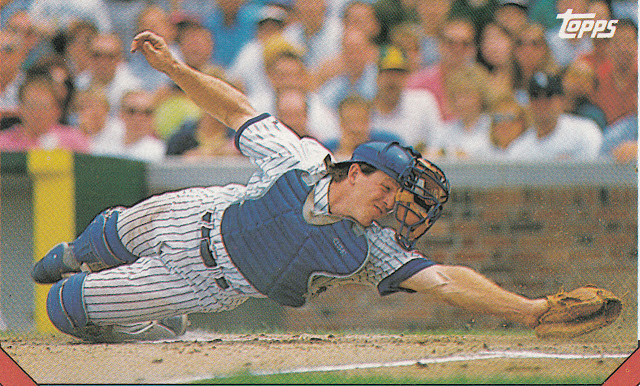 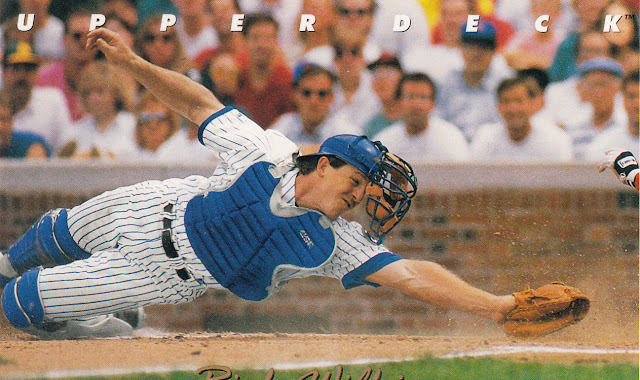 In case this song came into your head:
Posted by Hackenbush at 2:05 PM