Here's a pack of 2007 Fleer Baseball I just opened: 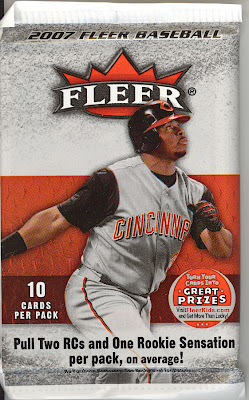 It says I will pull two rookies and one rookie sensation (on average).  That's what I got so I guess this is an average pack. 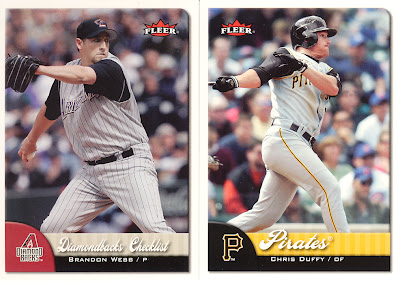 Webb made the checklist based on his 2006 Cy Young Award.  He's missed most of the last two seasons due to injury.  Chris Duffy spent last year in the minors.  Don't know if we'll see him back. 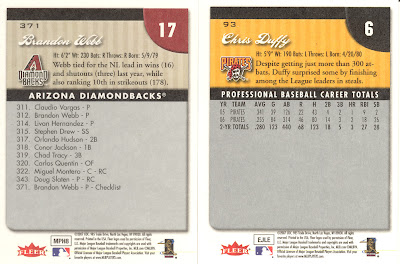 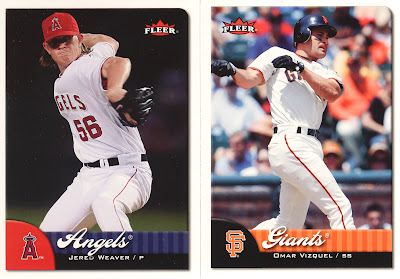 Jered Weaver led the AL in strikeouts in 2010 and finished 5th in Cy Young voting despite a 13-12 W-L record.  Omar Visquel is still playing.  He'll turn 44 this April.  He trails only Derek Jeter in career hits by a shortstop. 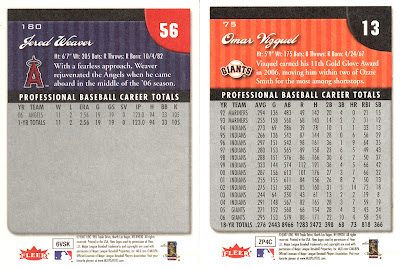 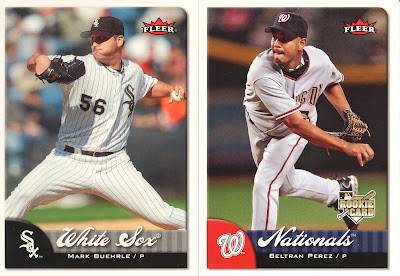 Mark Buehrle went over 200 inning pitched for the tenth straight season in 2010.  He made a great fielding play you've all seen, on opening day and won his second straight Gold Glove.  Beltran Perez pitched in 8 games for the Nationals in 2006 but never made it back to the bigs.  He last pitched in the minors in 2008. 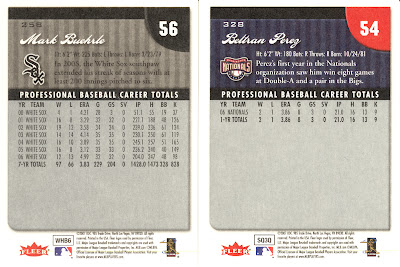 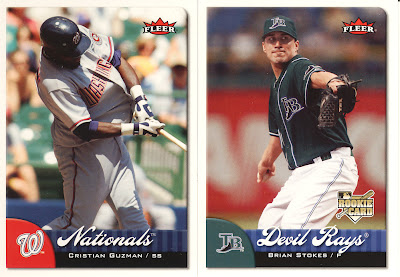 The soon to be 33 Guzman is a free agent. He hit a combined .266 last season with the Nats and Rangers.  Brian Stokes had an 8.10 ERA in 16 games with the Angels last season.  I still prefer "Devil Rays" to "Rays". 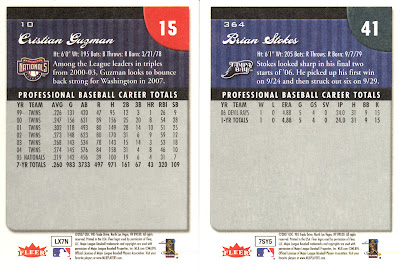 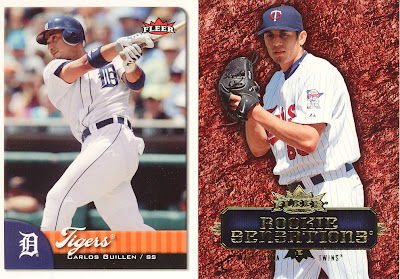 The 35 year old Guillen hit .273 in 68 games for the Tigers last year.   Matt Garza went 15-10 for the Rays last season and tossed a no-hitter.  The Cubs traded the farm for him (at least a good deal of it) last month.  I sure hope it pays off. 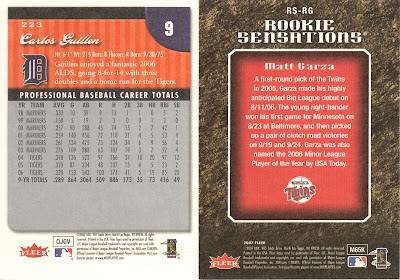 My impressions:
I'm very lukewarm when it comes to the design of these cards.  The fronts are OK I guess.  The backs have too much gray space.  I think the background of the "Rookie Sensations" is ugly.  The photography on these ten cards is uninspired.
In terms of the players I pulled:
Two bust rookies and one good one who gets extra points for now being a Cub.  There's Weaver and Buerhle . The rest tend to be injury prone and older, no offense to injury prone or older people.