Have you seen the History Channel series, History's Lost & Found?  It was a show that chose an artifact from history, gave information about it and then indicated where the item was currently located.

I have a brother-in law that likes Babe Ruth so sometimes I'll e-mail him a picture or two that I find.   This was one that I chose recently and it got me thinking.  Whatever happened to the crown? 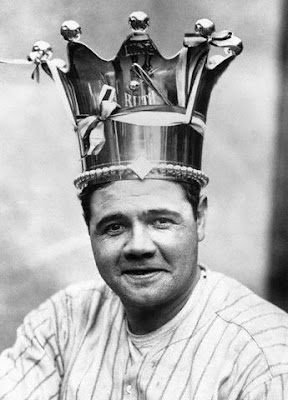 Here's the original caption for this photograph:

New York: In the Yankee clubhouse at the Polo Grounds this afternoon, George Herman "Babe" Ruth was crowned the "King of Swat," Miller Huggins placing the silver crown valued at $600 on "Babe's" worthy brow. "King Ruth" is the inscription on the crown. The crown stands more than one foot in height, its lower rim that fits over Ruth's forehead is studded with a row of 49 engraved miniature baseballs.

So where is the crown right now?  It's not in Cooperstown.  It's in Arlington, Texas. 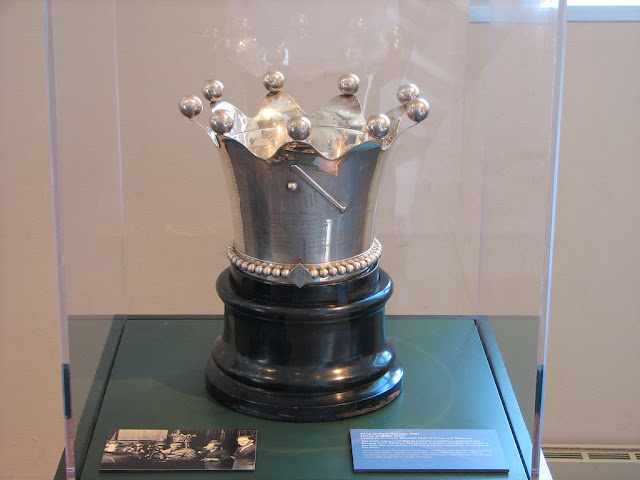 This is the "King Ruth" crown on display at the "Legends of the Game Baseball Museum" at Rangers Ballpark.

Do any of you history detectives (wait, that's another show), know anything more about the history of Ruth's crown?
Posted by Hackenbush at 5:30 PM