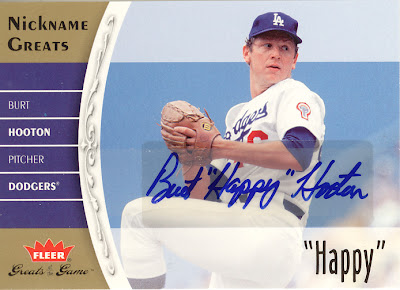 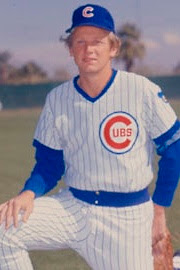 Burt threw a no-hitter for the Cubs on April 16, 1972 but his long-term success came after he was traded to the Dodgers in 1975. 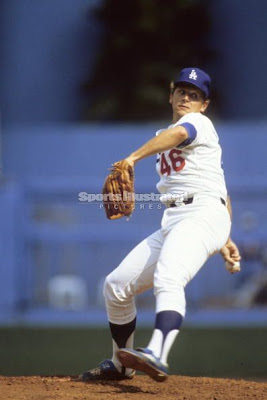 Oct. 13, 1981
This is Burt pitching in Game 1 of the NLCS against the Expos.  He'd end up winning two games in the series while giving up only one unearned run in 14+ innings.  His performance won him the NLCS MVP.  He'd also win Game 6 of the World Series, the final game in the Dodgers triumph over the Yankees.
After 5 years as the Astros pitching coach (2000-2004)  Burt is currently the pitching coach for their AAA affiliate Round Rock Express. 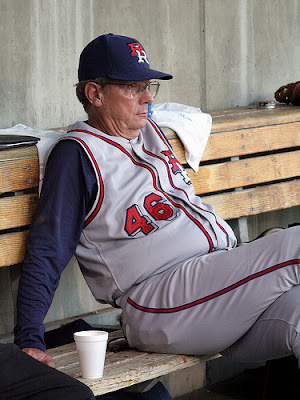 Royals great Dan Quisenberry was born on this date in 1953. 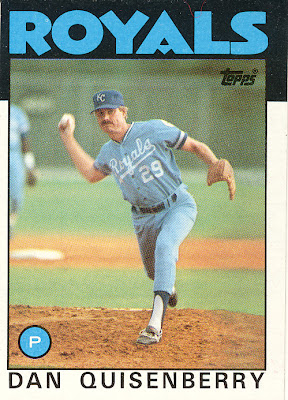 Quiz won the AL Rolaids Relief Award a record five times (now tied by Mariano Rivera).  He was a 3 time All-Star and won a World's Championship with KC in 1985.
One of the perks of doing these birthday posts is learning something new.  I did not know that after he retired from baseball Dan Quisenberry became a poet.  I'll share one of his poems here but do read this excellent article by Heather Henderson from the book, "The 1999 Big Bad Baseball Annual".
BASEBALL CARDS

glory years catch action shots
arm whips and body contortions
a human catapult
the backs of those cards
cite numbers
that tell stories of saves, wins, flags, records
handshakes, butt slaps, celebration mobs
you can't see
the cost of winning
lines on my forehead under the hat
trench line between my eyes
you don't see my wife, daughter and son
left behind

I look back
at who I thought I was
or used to be
now, trying to be funny
I tell folks
I used to be famous
I used to be good
they say
we thought you were bigger
I say
I was


Sadly, Dan Quisenberry died on September 30 1998, less than a year after having been diagnosed with a brain tumor.  He was just 45.

Hall of Fame Goaltender Alec Connell was born on this date in 1902. 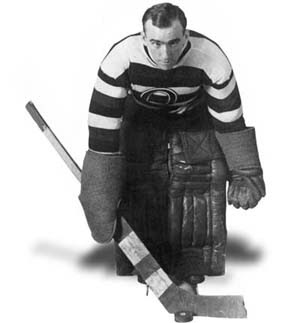 During a streak of six consecutive shutouts during the 1927-28 season, Alec Connell went unscored upon for 446 minutes and 9 seconds, a record that still stands. 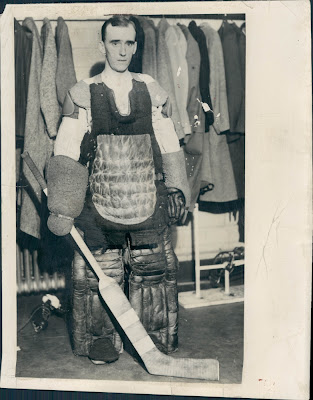 Alec in 1931 with the Detroit Falcons 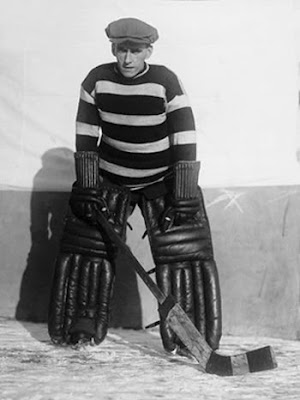 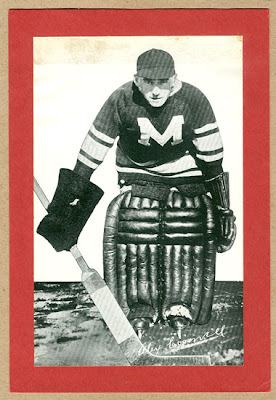 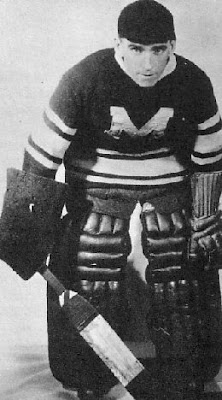 Author Charles Dickens was born on this date in 1812. 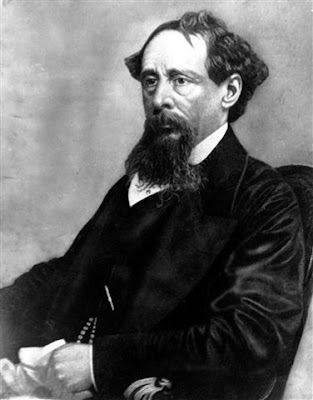 I can't say I'm a big Dickens fan but I do love A Christmas Carol. 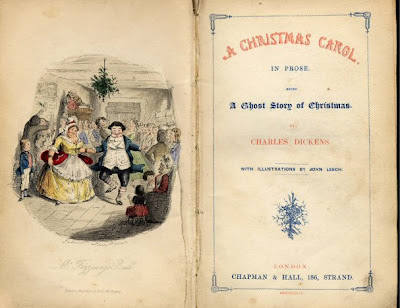 Music great Eubie Blake was born on this date in 1887. 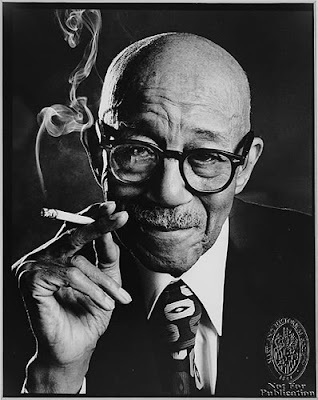 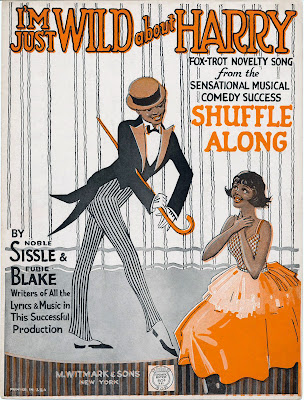