Why? Because it's here?

I don't blame you if you click off quickly but I like to mix things up. This card came into my hands recently and it's different. I don't know much about it. It was produced by 21st Century Archives for National Lampoon magazine. There was a Deadman comic in the January 1973 issue of National Lampoon (The Death Issue). There was also a set of cards featuring NL covers put out by21st Century in 1993. I don't know if this card was in the set (it says PROTOTYPE at the top). There was a wax box of the cards on ebay today for about $13.00 shipped and I found one listing for this card on another site for $2.00. 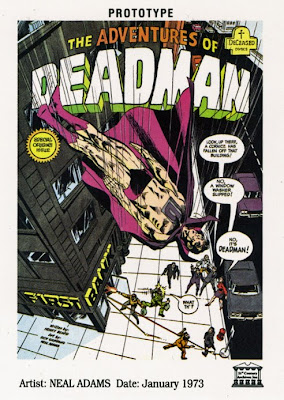 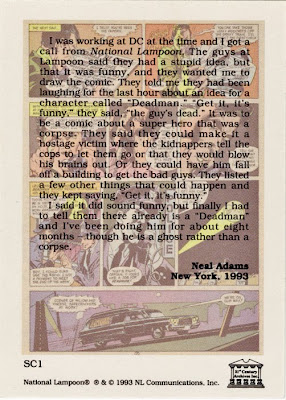 Posted by Hackenbush at 5:50 PM