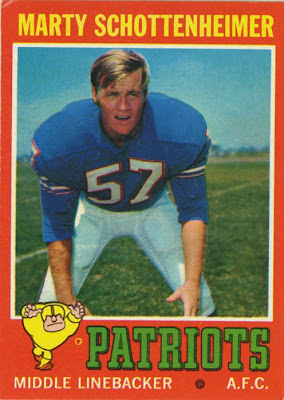 Marty actually retired before the 1971 season after having been traded twice, first to the Steelers, then to the Colts. As a head coach he had a great regular season 200-126-1 record but was only 5-13 in the playoffs and never reached the SuperBowl. 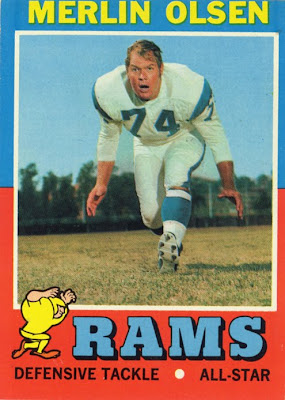 A member of the Rams "Fearsome Foursome", Merlin was a 14 time Pro Bowler and is in the Pro Football Hall of Fame. Merlin went on to be a commentator and actor, starring in his own short lived series, Father Murphy. 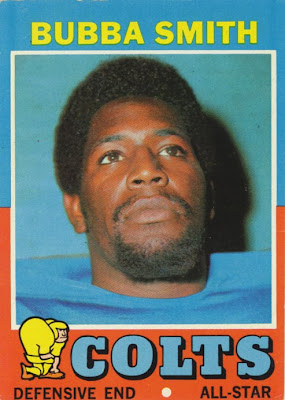 Another football player turned actor, Bubba, a 2 time Pro Bowler, is known mostly for his Miller Lite commericals and for his role as Moses Hightower in the Police Academy films. 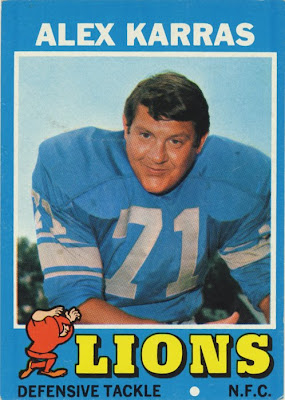 OK, what's with the tough defensive guys becoming actors? Alex was a 4 time Pro Bowler who starred for six seasons on TV in Webster. He is also remembered for his role as Mongo in Mel Brooks' Blazing Saddles. 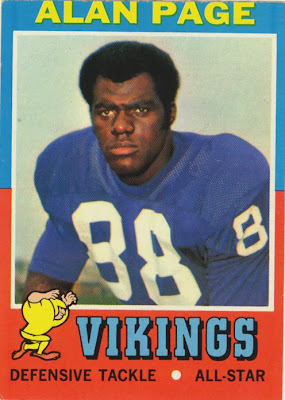 Last but not least is Hall of Famer, Alan Page. He did play for the Bears at the end of his career but is best known as one of the "Purple People Eaters" of the Minnesota Vikings in the 1970's. No silly actor here. Alan received his law degree even before his football career ended and has been a Minnesota Supreme Court Justice since 1992.
Posted by Hackenbush at 3:32 PM