If Fleer's 2006 Nickname Greats featured on-card autos instead of stickers it would probably be my favorite autograph set. Nevertheless it is one of the more unique and fun sets out there. 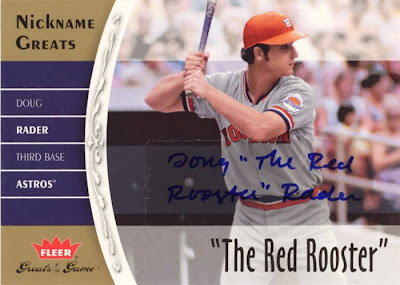 As a Cubs fan I hated this guy. He hit .251 for his career but .283 against the Cubs. He is a Chicago area guy though and I love the imagery of the nickname. And apparently he was a major flake. Here's a quote from his entry at thebaseballpage.com, "He was known for taking his clothes off at inappropriate times." Alrighty, then! 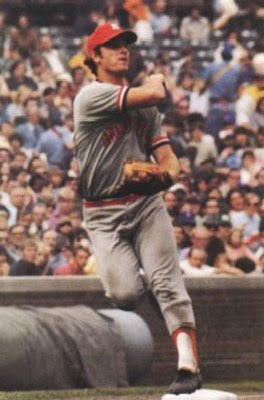