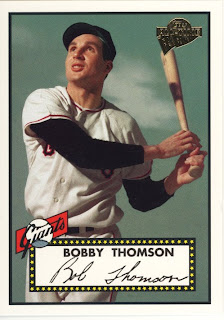 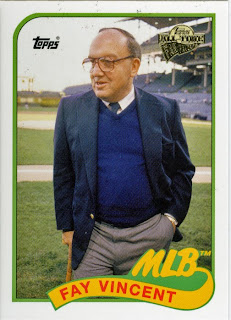 1989 design. I just like having cards of important non-players. 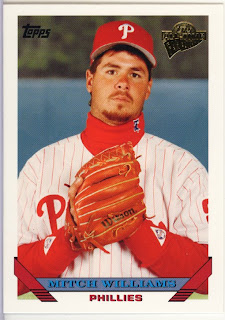 1993 design. Here's the "Wild Thing" thinking about that bad dream he had last night where he gives up a home run to lose the World Series. 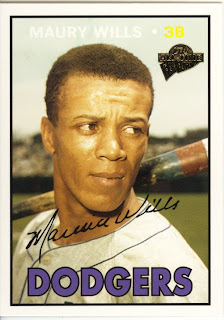 1967 design. I love the purple and the multi-colored warm up bat. Maury was the greatest base-stealer of my youth along with Lou Brock. 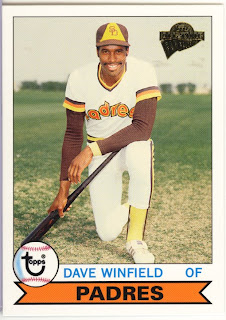 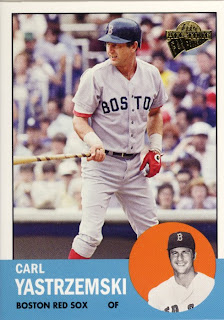 1963 design. This is a design that's growing on me. I don't own very many of the originals. Love Yaz. He looks very hitter-ish here. 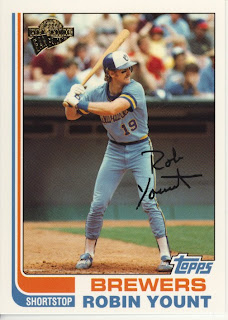 1982 design. I liked the Brewers more when they were in the American League. I can't find any fault with the "The Kid" and his 3142 hits. 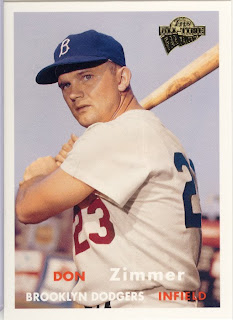 Well that's it for my Topps ALL-Time Fan Favorites favorites. One thing I noticed is that there seem to be more from the first two sets so if you're looking to pick them up I'd start with 2003 and 2004 before 2005. The sets did include some great on-card auto's as well. I wish I had a complete set of those. I do have some. Great for those second tier guys you remember that aren't always included in the newer sets.
Posted by Hackenbush at 11:22 AM