Ron Santo is my favorite player and had a card in each set. It's just a happy coincidence that he is the first "S". 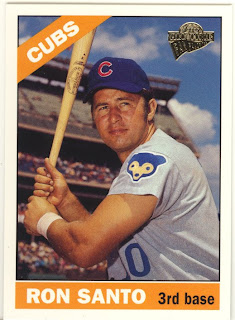 1966 design. A classic shot. The bear cub patch these days looks a lot meaner than the one here. It hasn't help them get to the World Series. Ron had some nice (non-steroid) guns. 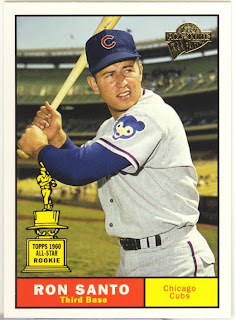 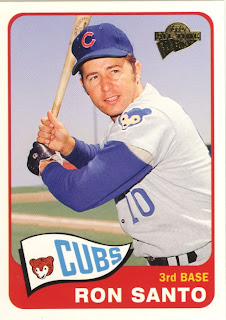 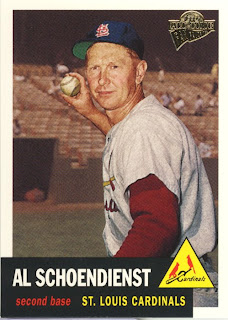 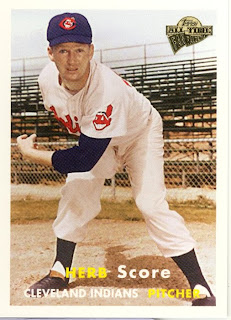 1957 design. The longtime Indians announcer won 38 games before being hit in the face by a line drive in May 7, 1957. Score rejects the theory that the injury and fear of being hit again had anything to do with his lack of success in the years that followed citing an elbow injury in 1958. He last pitched in 1962 for the White Sox, finishing his promising career with a 55-46 record. 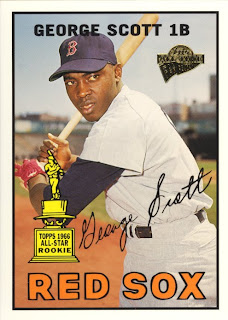 1967 design. It's hard to find fault with the 1967 set. Boomer hit .303 in 1967 helping the Sox reach the World Series, which they unfortunately lost to the Cardinals. 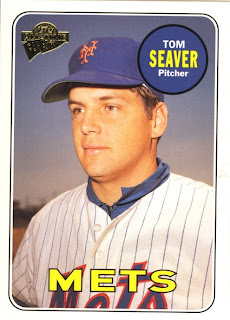 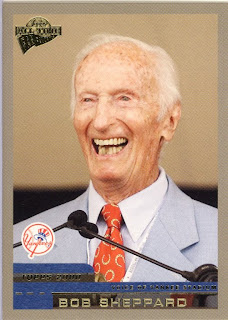 2004 #15
2000 design. The legendary Bob Sheppard was the public address announcer for the New York Yankees for more than half a century. Reggie Jackson called him "the Voice of God". 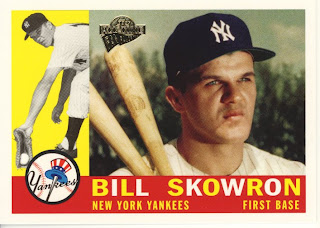 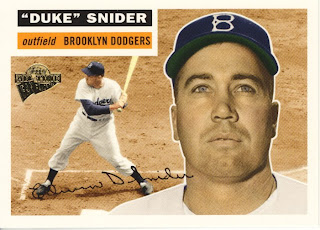 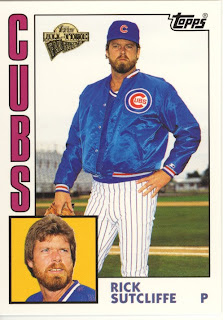 1984 design. Rick looks a little like he's modeling for a Cubs apparel catalog here but he was 16-1 in 1984. How did the Cubs lose three in a row to the Padres? I still have a jacket like Rick's.
Posted by Hackenbush at 9:18 AM