The other day was Phil Goyette's birthday. The only card I had of his for my Blow Out the Candles feature was the Topps 1969-70. Looking through the others I have I was struck by how bad the rest of the cards were. I only have about 40 cards. Here's a bunch of them. What do you think? Am I right to think this one of the worst sets ever? 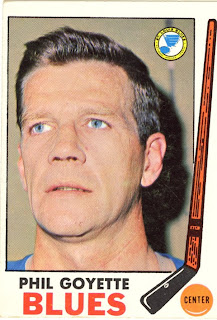 Did you ever see the show 10 Years Younger? Phil is only 36 here. He looks about 10 years older. That and put a couple of bolts in his neck and he could have gone Trick or Treating without a costume. 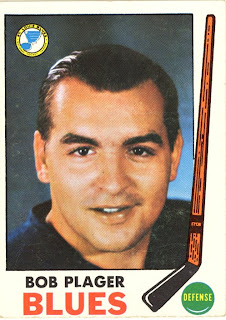 One of the three Plager brothers on the Blues, the back of the card says he comes from "Canada's toughest family". This picture looks like ahead shot for an actor who does shampoo and conditioner commercials. 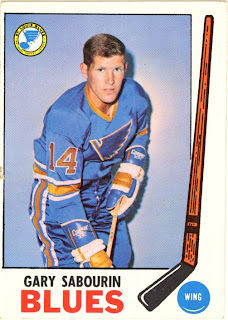 I like the shiny Blues uniform and the great "deer in headlights" look. 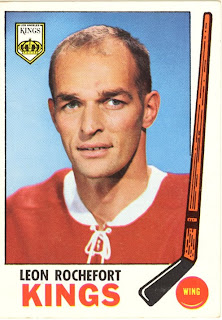 The Kings were Leon's 8th pro team in 10 years. Interestingly, he looks like a real estate agent to me. 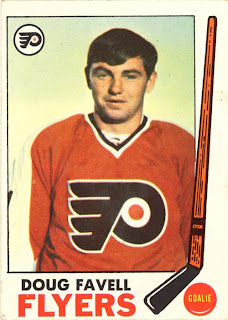 This is Doug's first card. It looks like he's already missing some teeth and needs a good night's rest. I do like the Flyers logo. 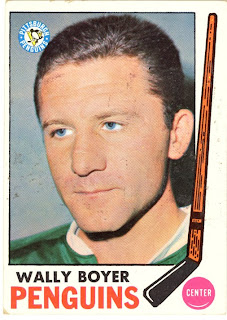 "Hey Wally, it's time to take your picture!---Forget it, this is fine." 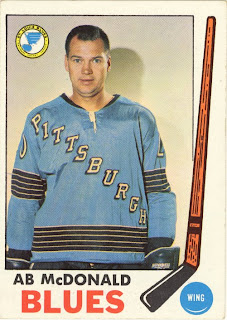 "Does this jersey make me look fat?"
I think the Penguins made the right choice in changing their uniforms to Pittsburgh gold and black. 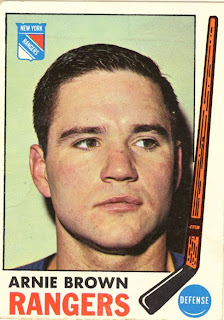 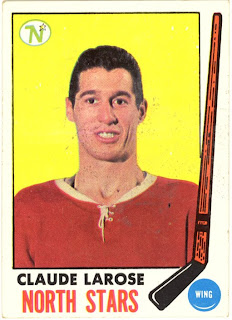 Was Claude talking or is that his smile? 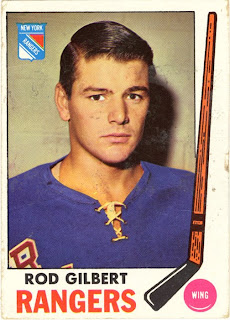 The back of the card refers to Rod as "Mr. Mod" 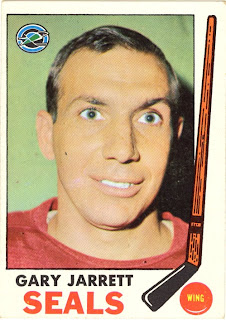 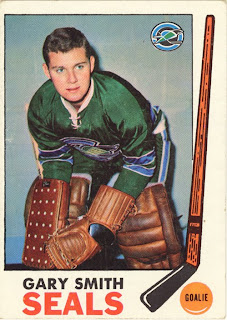 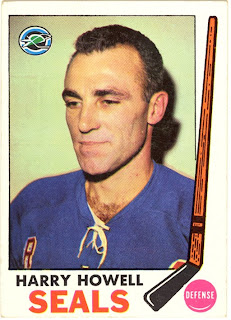