Blow Out the Candles November 3 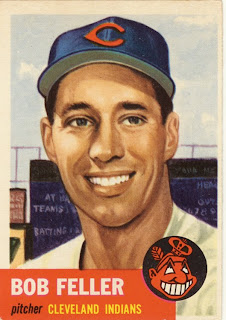 
Hall of Fame Indians pitcher, Rapid Robert Feller turns 91 today. Bob won 266 games despite serving four years in the Navy during WWII. I love this 1953 card, the only vintage Feller in my collection. 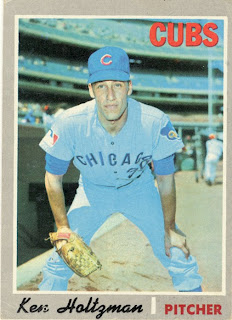 
The greatest Jewish pitcher after Sandy Koufax, Kenny Holtzman turns 69 today. Ken is remembered for his time with the beloved Cubs of the 60's and the A's dynasty of the early 70's.

Another Aussie tennis great is celebrating a birthday this week. Roy Emerson turns 73. Roy won 12 singles and 16 men's doubles Grand Slam titles, including 6 Australian Open's in 7 years from 1961 to 1967.

Scottish singer/entertainer Lulu is celebrating her 61st birthday today. She sang the theme song to the Sidney Poitier film, To Sir with Love.