It's hard to believe but for the quarter century prior to 1967 the NHL consisted of only six teams, the Canadiens, Maple Leafs, Rangers, Bruins, Red Wings and Blackhawks.

In the mid-nineties, Parkhurst commemorated the 1964-65 NHL season by producing a set of "Tall Boy" cards featuring players and coaches from the "Original Six" teams. I'll be sharing my favorites in coming posts.

Here are my favorites from the Boston Bruins: 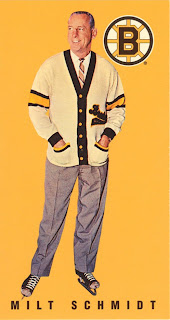 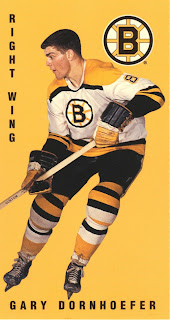 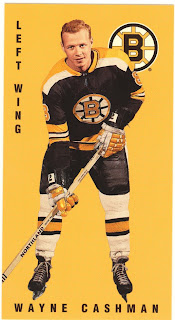 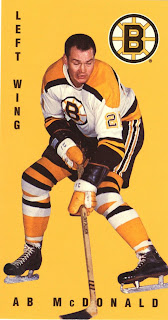 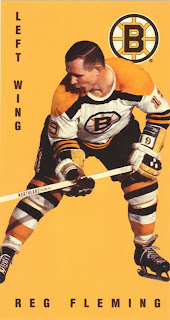 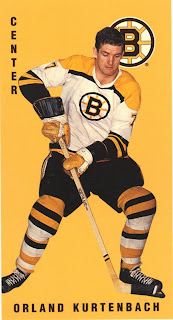 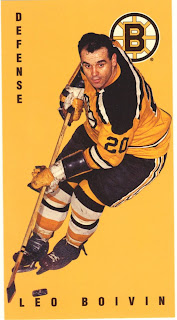 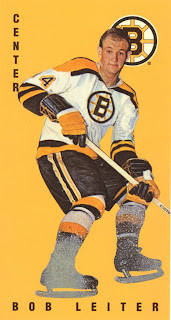 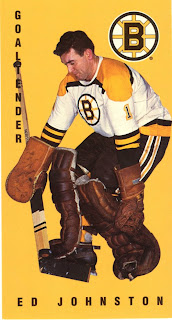 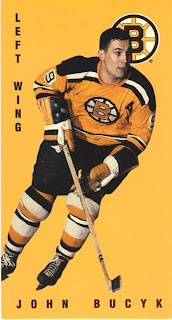