I'll probably never get  a Wayne Gretzky autograph but I have this card featuring two Hall of Famers that played with him. 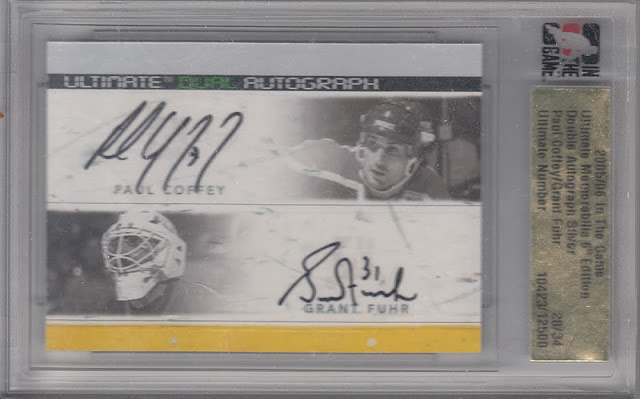 Mr. Goalie, #1, Hall of Famer and a member of the Blackhawks Stanley Cup Winners in 1961. 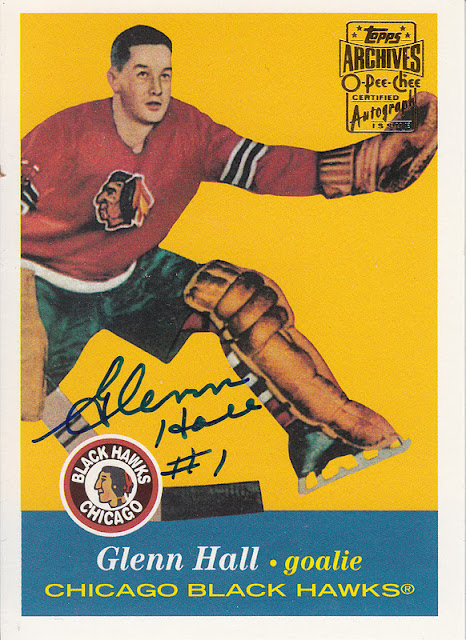 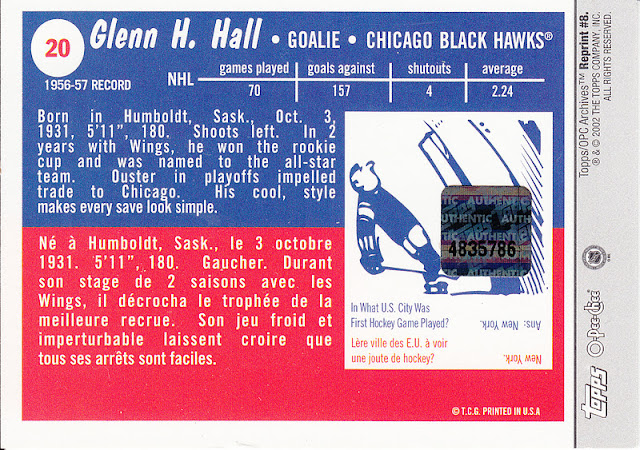 I actually got this one to replace the one above which was lost in the mail at the time.  Bonus Hall. 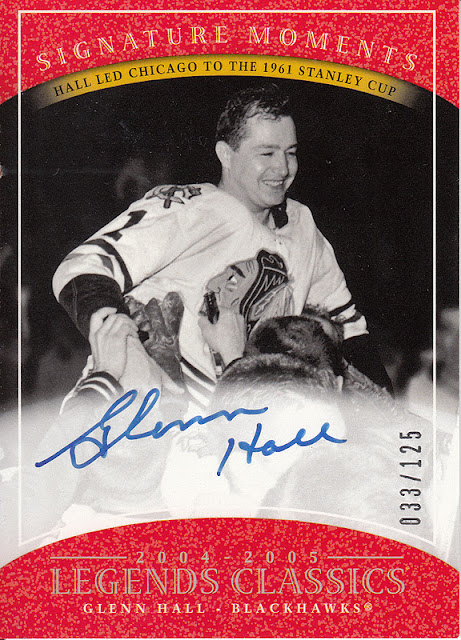 
This card is not in good shape but Hay was a teammate of Hall's on the 1961 Hawks. 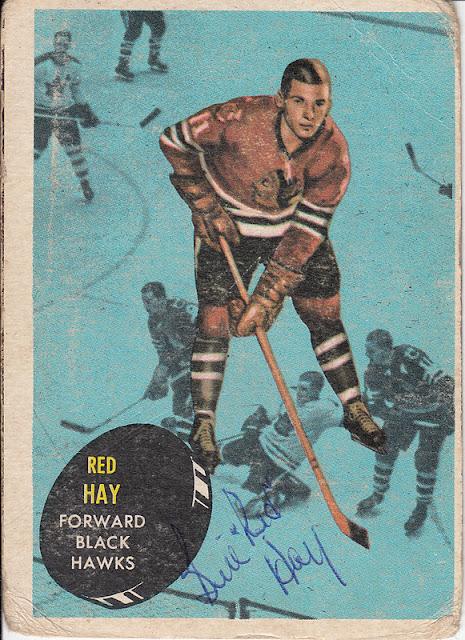 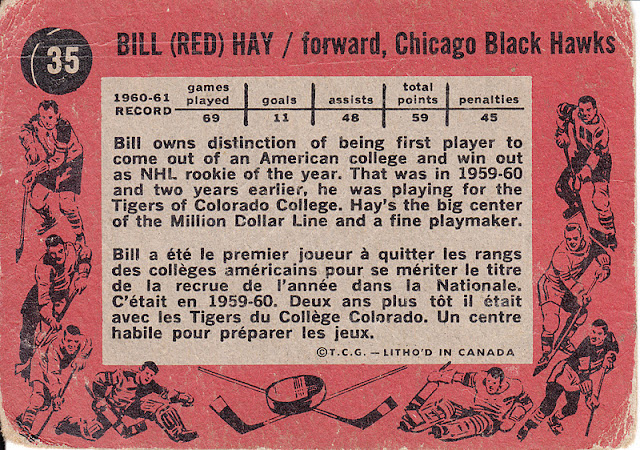 If you've been following along you'll get that I collect players from the early 1970's Bruins Stanley Cup teams. 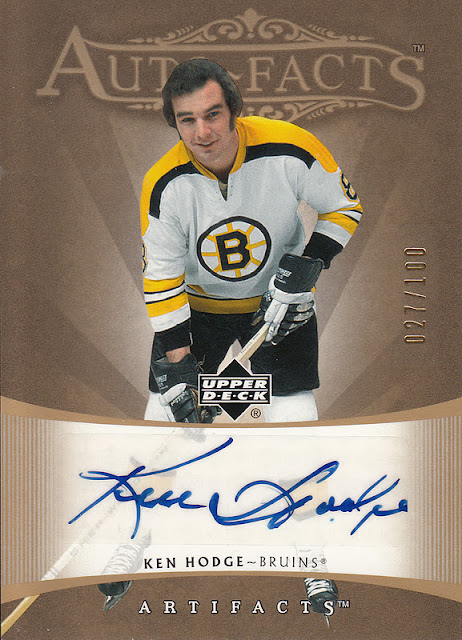 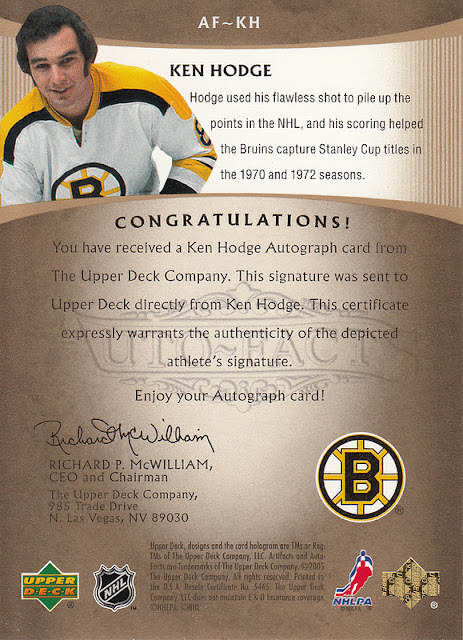 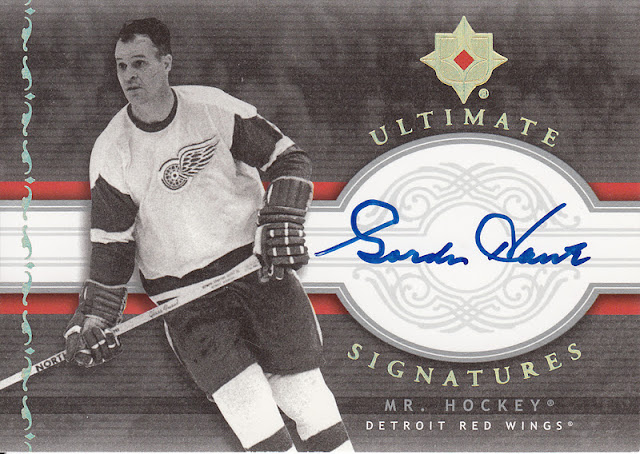 Ranger great and Hall of Famer. 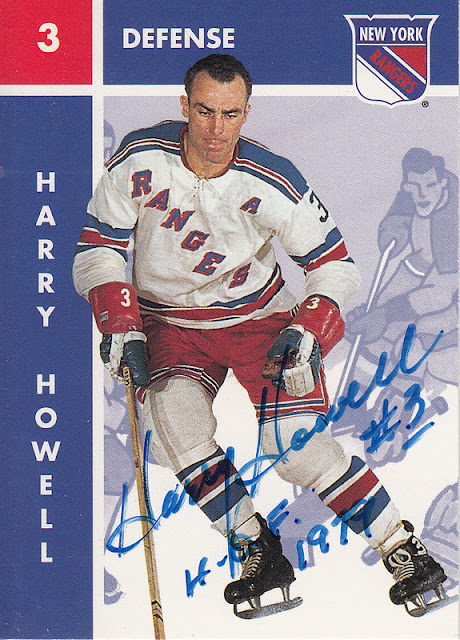 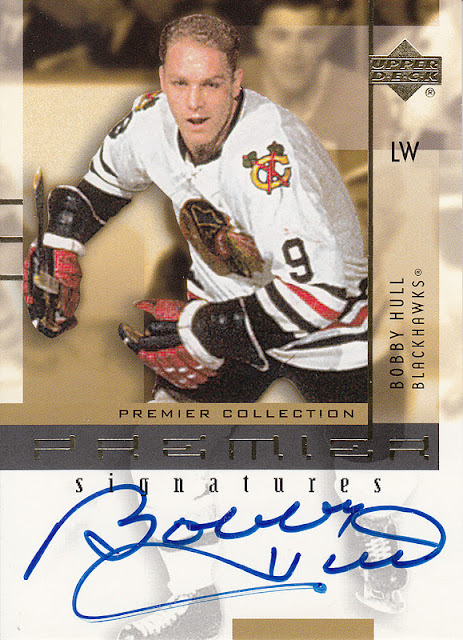 Dennis wasn't just Bobby's brother.  He was a 5 time All-Star. 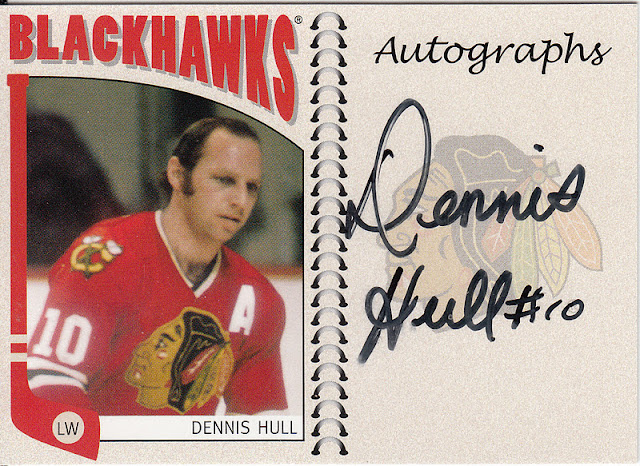