The Cubs are well known for their "floating heads" team cards.  Topps didn't have to work very hard on the 1974 version.  They simply copied the 1973 team issued floating heads picture and placed it on the card. 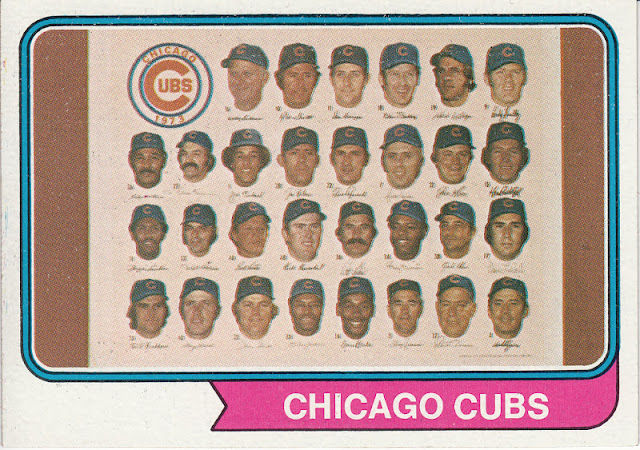 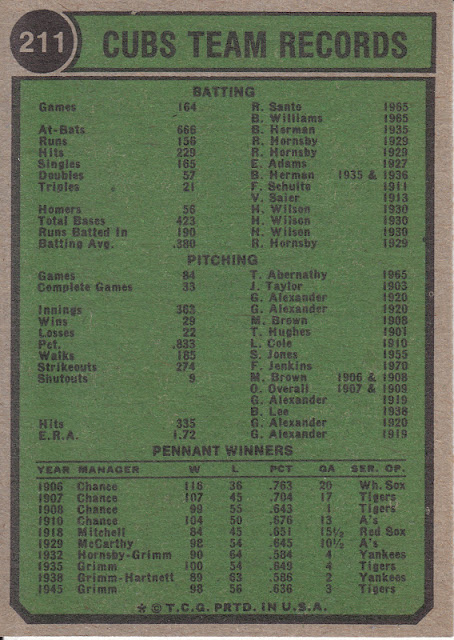 Here's my original copy of the team picture.  There's masking tape on the back indicating I had it taped to the wall when I was a kid.  There's also some schmutz on Dave LaRoche's face.  Included here are a lot of notables, 4 HOFers --  Banks, Williams, Jenkins, and Santo (yay!) -- 1969 Cubs favorites -- Kessinger, Beckert, Hundley and Hickman, -- Others -- Joe Pepitone, Rick Monday, Jose Cardenal, Carmen Fanzone, Milt Pappas, Burt Hooton, Rick Reuschel,  and Paul Popovich.  Someone noted this earlier (Wrigley Wax?) but there's very little facial hair going on (as opposed to today).   5 out of 30 have mustaches.  No beards at all. 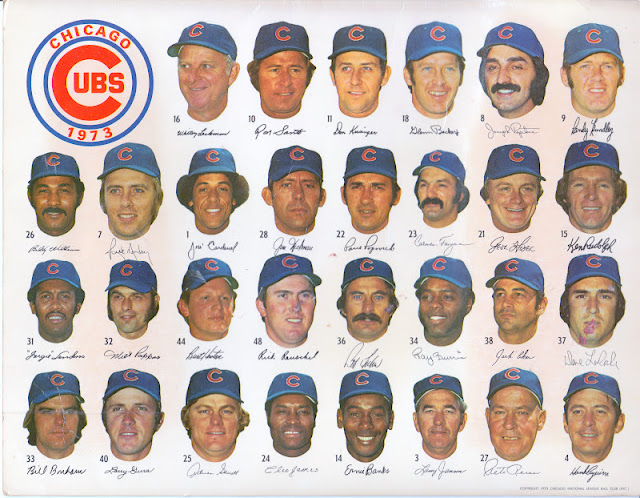 The 1973 team finished in 5th place in the NL East with a record of 77-84 but in a weak division were only 5 games back of the division champion Mets who ended up barely losing to the Oakland A's in a 7 game World Series battle.
Posted by Hackenbush at 7:41 PM