Being a native Chicagoan, when I hear the name Skidmore the first things that come to mind are the John Hancock Building and the Sears Tower.  (Yes, I know it's the "what you talkin' about Willis Tower" now.) 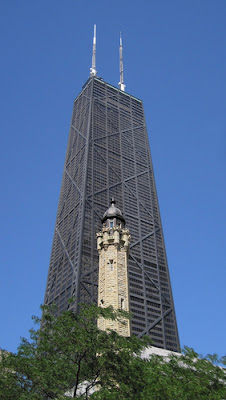 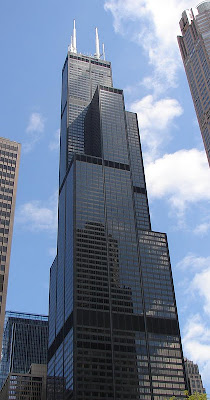 Both of these Chicago icons were designed and built by the architectural and engineering firm, Skidmore, Owings and Merrill whose headquarters in the landmark Santa Fe Building lies right on Michigan Avenue across the street from the Art Institute. 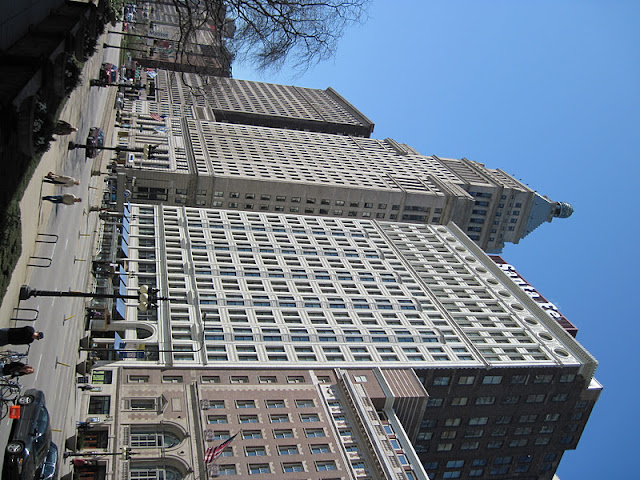 These two are pictures I took. 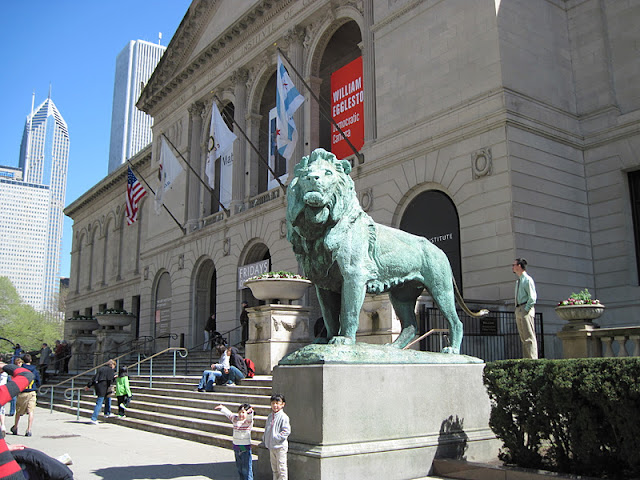 Chicago still figures in this post but architecture isn't really what it's about.  It's about the ballplayer, Roe Skidmore.

This is one of my four copies of Roe's only Topps card. 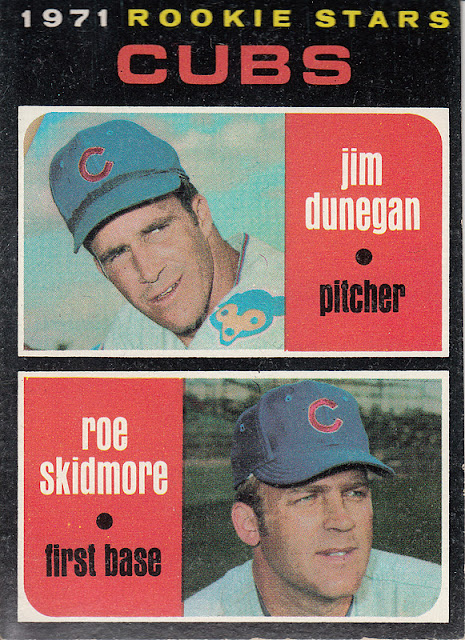 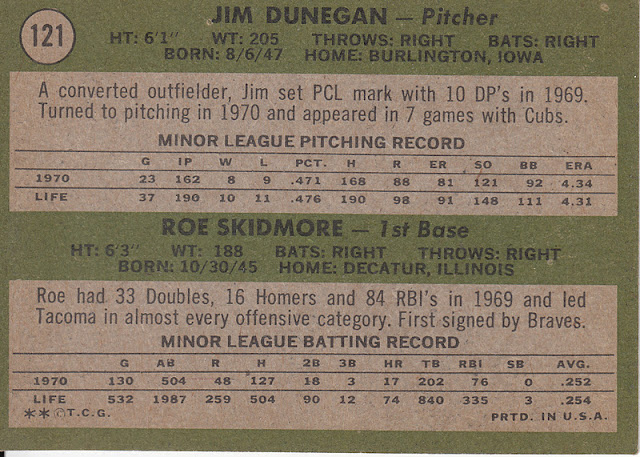 Two things came together to  inspire this post.  First, I saw the card above on Wrigley Wax's blog.  Secondly, I had, at just about the same time, come across this signed photo.  I must have requested it by mail back in the 1970's. 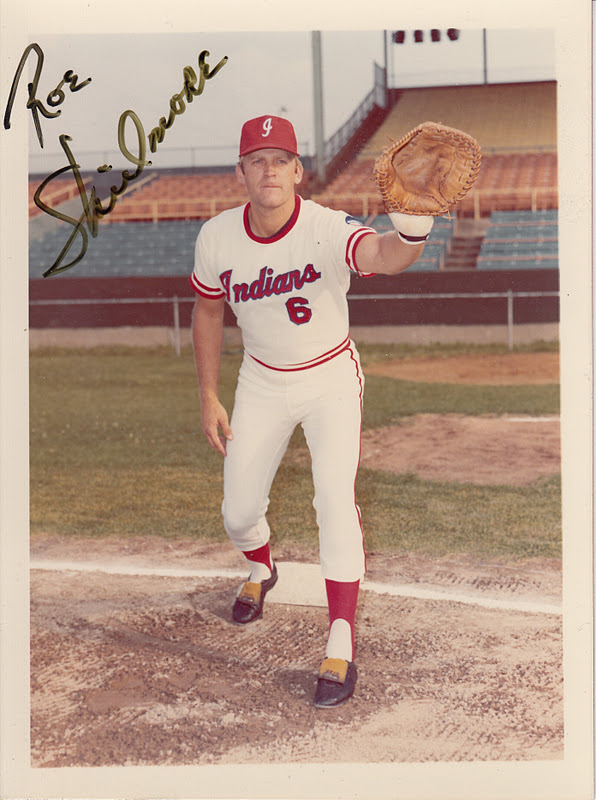 Roe is pictured here with the Red's AAA affiliate, Indianapolis Indians.  He spent most of 1972 and all of 1973 with the team.  That 1973 team was pretty loaded --  Dan Driessen, George Foster, Ken Griffey Sr., Ray Knight, Joel Youngblood, Joanqin Andujar, Dave Tomlin and Rawly Eastwick were all there.  Roe hit a respectable .281 and led the team with 19 home runs.  Of course, the Reds were pretty well set at 1st base .  A guy named Tony Perez was playing every day and driving in 100 runs a season on his way to the Hall of Fame.

Again, Roe had a good year  in 1973 but his defining moment came before this picture was taken and before the Topps card came out.  That moment came on September 17, 1970.

From the Chicago Tribune:

But 1970 was no 1969. It wasn't a flop, but the Cubs' record was a so-so 76-71 before their 148th game of the season, a Thursday afternoon date at Wrigley against left-handed pitcher Jerry Reuss and the Cardinals.
"Skid," said a coach, Joey Amalfitano, late in the game, the Cubs getting clobbered, Durocher no longer very interested, "get up there and pinch-hit."
Well, there it was. In the majors at last. How would it begin for him? The way Willie Mays' did, 1 for his first 26? What was it Ralph Kiner had said, calling the first hit of his own Hall of Fame career unforgettable, "Because who wants to start off 0-for-34?"
"I remember going to the bat rack, being so nervous," Skidmore said. "I grabbed J.C. Martin's bat because I couldn't find one of mine.
"I had faced Jerry Reuss in the minors. I knew he had this big overhand curve ball. Well, his first pitch was a fastball down the middle. I swung about an hour late. Fouled it to the first-base side."
He took the next pitch, a ball.
"The third pitch, he threw me that overhand curve. He did me a favor. I hit a line drive over the third baseman's head. I think it was Joe Torre. He jumped up and I thought he'd caught it.
The ball is in a laminated box now, on a mantle in Skidmore's home. Because that was the first one and the last.
Next day, a doubleheader with Montreal--a sweep. Fergie Jenkins won his 20th of the season. Billy Williams hit his 40th homer. Roe Skidmore sat.
"Peanuts Lowrey was a coach, and he turned to me and said, `Go play catch.' I was going to go in and play the last inning or two at first base. The inning ends, I run from the bullpen, almost get to the infield, look up ... and here comes Willie Smith. He got sent in by Leo to play first. I don't know why. Nobody said a word. I just went back to my seat."
And that was that.

"You think something is the beginning," he said. "Then it turns out to be the end."

You think, well, there's always tomorrow. Or next week. Or next season. But in the winter after the 1971 season, Skidmore was traded to the White Sox. He went to spring camp as the team's first baseman, but shortly before the season opener, the Sox traded for Dick Allen.
Another summer in the minors. Another trade, this time to Cincinnati. And a trade to Boston. And one day you look up, and you've been on the Triple A-level for the better part of nine years. So you hang it up.
You tried. You failed.
But you batted 1.000.

Posted by Hackenbush at 5:41 PM