I only have but one serious player collection and it's my boyhood hero, Ron Santo.  To a lot of us he was larger than life.  Here are  a bunch Santo cards that are larger than most. 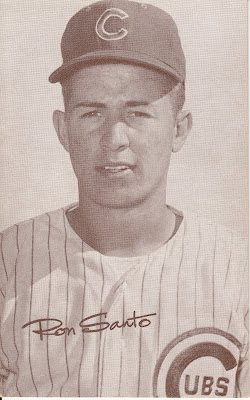 I'm not sure who signed this but it doesn't appear to have been Ron.  Has anyone familiar with these cards seen the same thing with other players in the set? 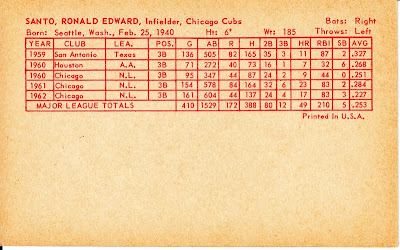 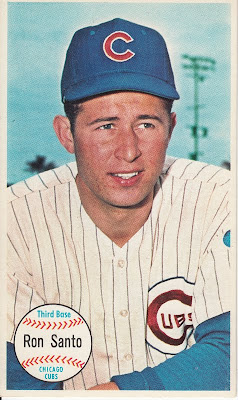 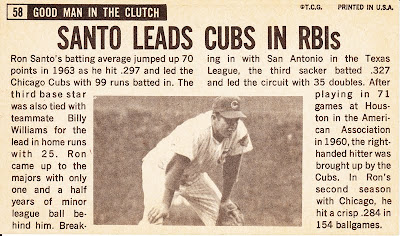 This is a 1967 Dexter Press card.  It measures 5-1/2" x 7".  The 229 cards were issued as Coca Cola premiums in team sets.  This one has a tear in it (I think I might have done it).  I have a better one.  Ron looks like he wants to say something.  Big surprise!  He also looks to have bulked up some since the last two cards. 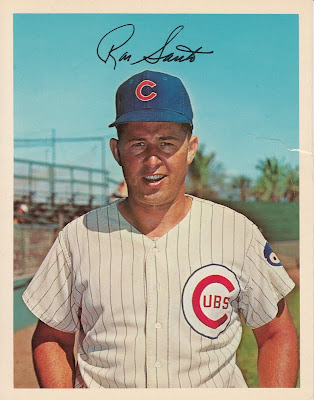 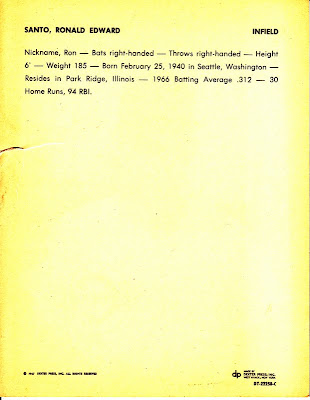 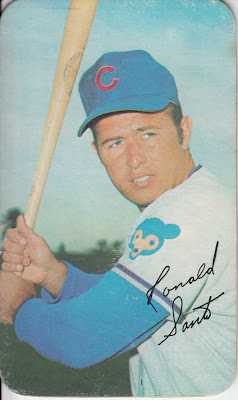 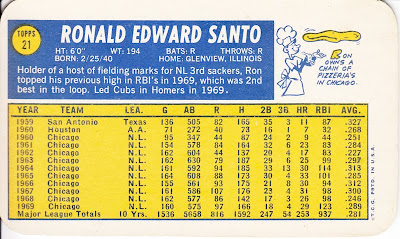 This is the regular issue card.  Odd that the cartoons differ. 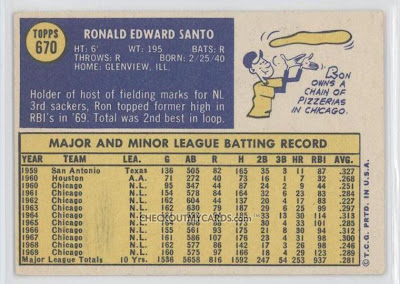 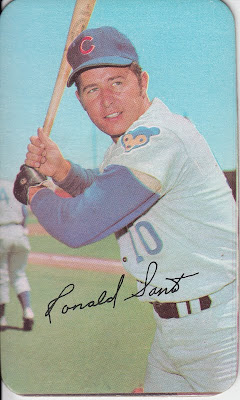 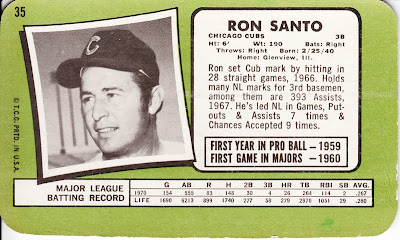 I don't know much about the next four cards other than that they were obviously given out a Wrigley Field and that there were prizes associated with the scratch off portion.  I'm sure someone out there can fill in the details.  The first three have the same back. 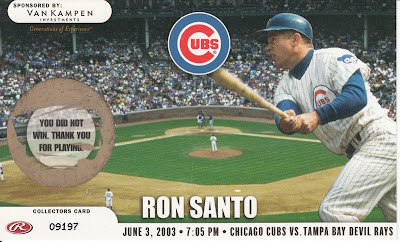 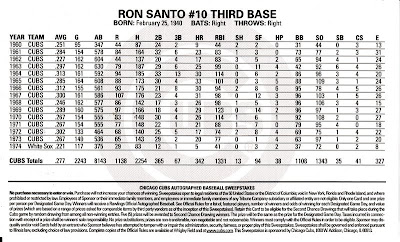 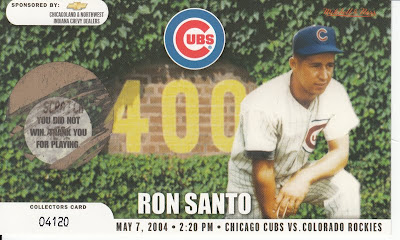 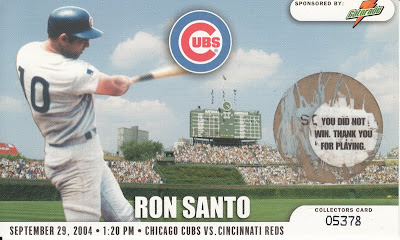 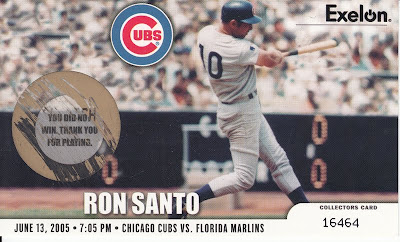 The back says "authenticated autographed photo" but this card is unsigned.  Again, not sure whats going on here. 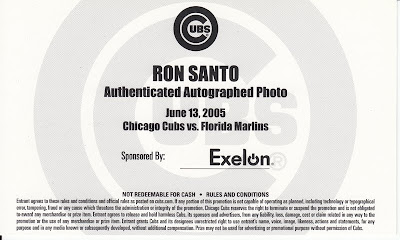 Posted by Hackenbush at 7:48 AM