I went to a garage sale recently where a guy had a lot of cards.  Most of them were junk and mostly way overpriced.  The best thing I found was a box filled with ziplock bags of about 20-25 cards each for a quarter a bag.  Without opening them, which I didn't feel right about (and they were tightly packed), I could only see the outside two cards.  I did my best to at least get about a quarter's worth from each one.

There were no $100 hits in this pack but 19 interesting cards for a quarter ain't bad.

My favorite card in the pack was this Ken Griffey Jr.. 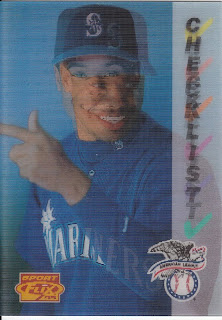 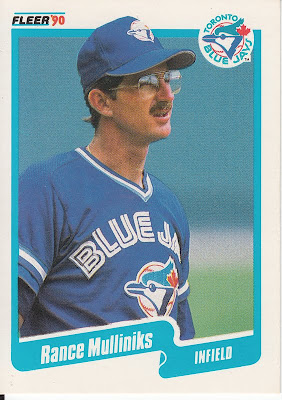 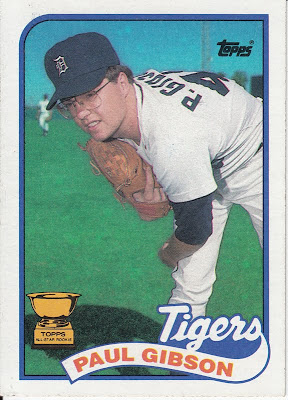 I have no idea what happened to Carlos.  His U.S. career ended the year this card came out.  He hit .336 in five seasons in the minors, never higher than AA.  Anyone know?
2001 Royal Rookies #35 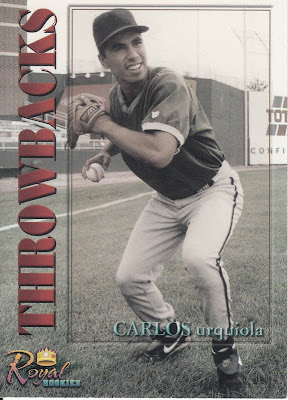 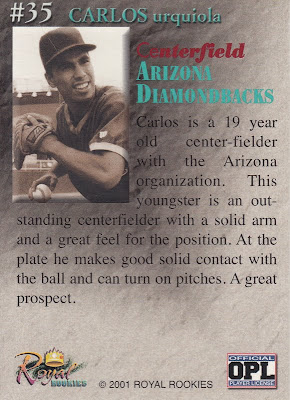 The late Darryl Kile who had a fatal heart attact while in Chicago.  I remember Joe Girardi announcing the cancellation of the game to the fans at Wrigley.
2001 UD MVP #188 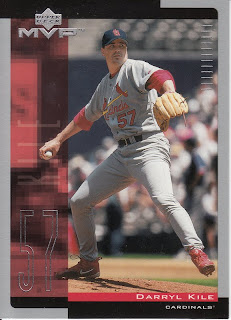 Scott's a likable guy who tells a good story.  Loved him as a Cub. 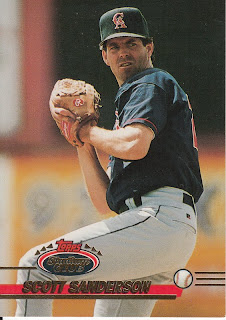 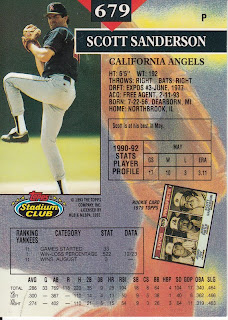 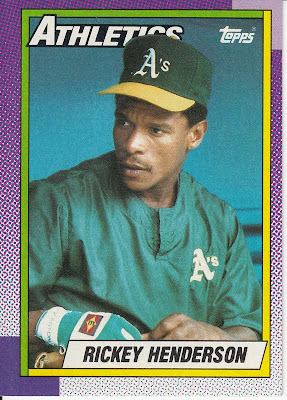 Another McNabb?  He had a short career in the NFL and according to Wikipedia, "after his NFL career was over, McNabb returned to Gainesville and graduated from the University of Florida with bachelor's degree in sociology in 2003. As of late 2010, he works as an associate principal at Pulaski High School in Pulaski, Wisconsin.  McNabb previously worked as an administrator for at-risk students at West De Pere High School in West De Pere, Wisconsin, where he also served as an assistant football coach and girls' track and field coach for the West De Pere Phantoms."
1992 Pacific #329 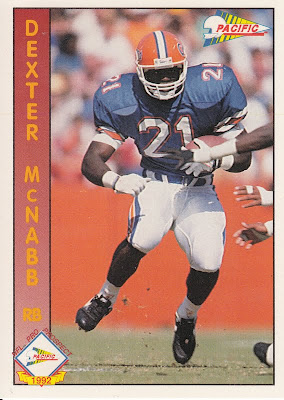 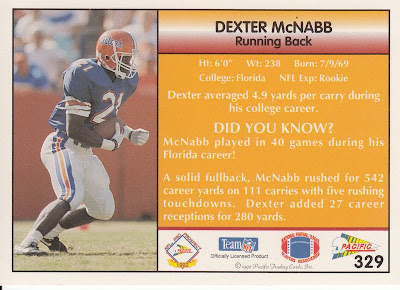 This was the other card that was showing on the outside of the pack.
2008 Icons #68 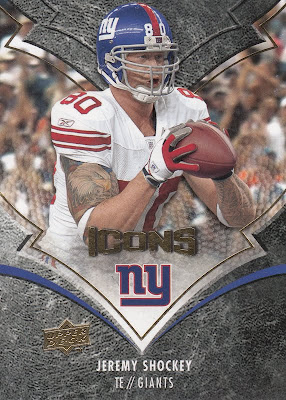 Talk about "everyone has a record", Todd holds the record for the oldest player to return a blocked field goal for a touchdown (33 year 323 days).
1993 Classic ProLineLive #142 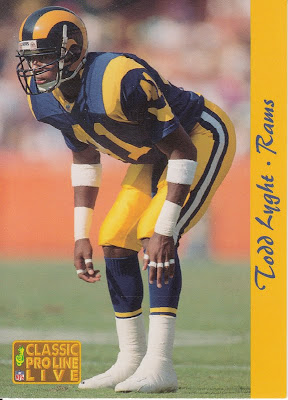 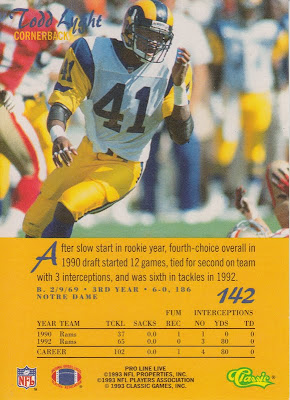 Nothing too special about the player but this is a nice looking card.  The little portrait on the right is unusual.
1996 SP #122 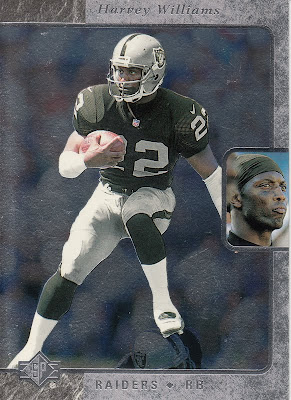 Looks like the Raiders are running a reverse here. 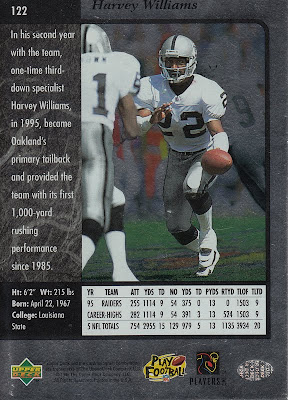 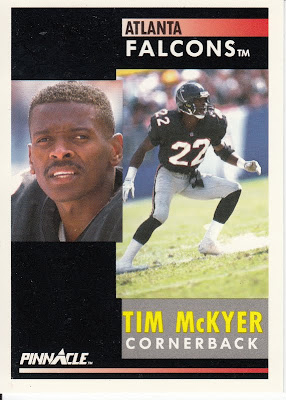 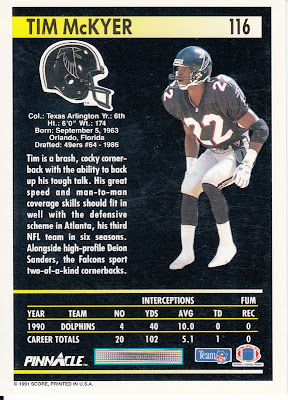 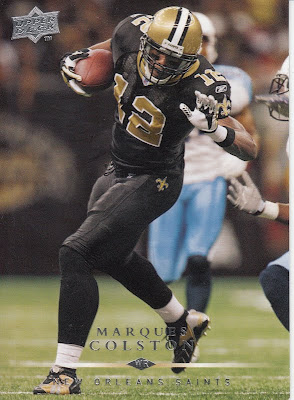 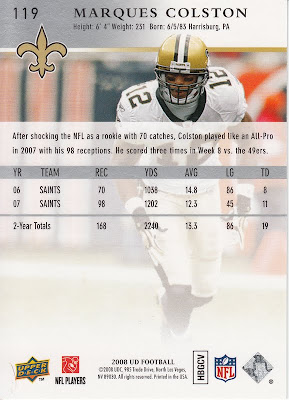 Rypien was the MVP of Super Bowl XXVI.  Mark's from Canada.  Former NHL player Shane Churla is his cousin.
1992 Pinnacle #40 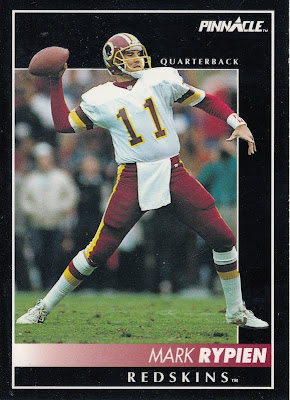 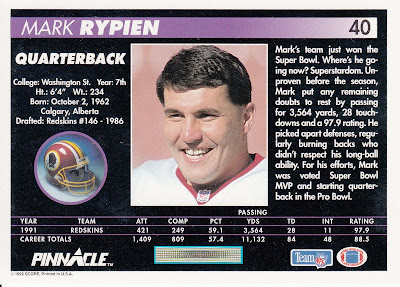 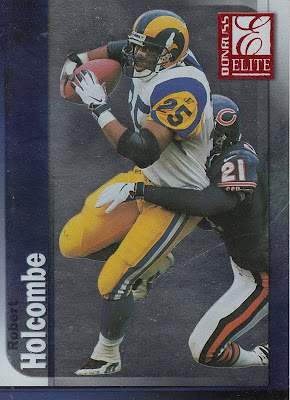 This is a great looking card.  It reminds me of a magazine cover.  Maddox starred in the ill fated XFL in it's only year of existence.  His team, the LA Xtreme, won the "Million Dollar Game" and he was awarded the league's MVP.  The following year he landed a job with the Pittsburgh Steelers and won an ESPY for best comeback athlete and the NFL's Comeback Player of the Year Award.  He's also the answer to the question, "Who was the last Steeler's QB before Ben Roethlisberger?" 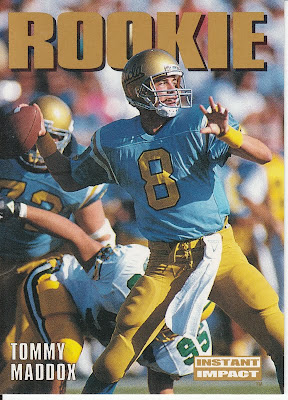 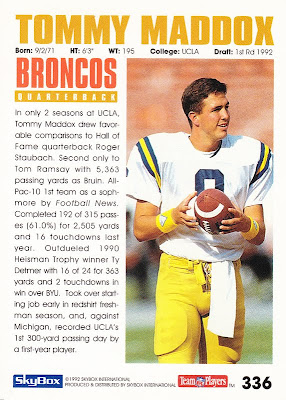 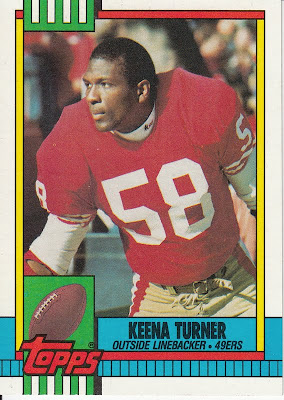 The guy they'll be watching in NYC this year. 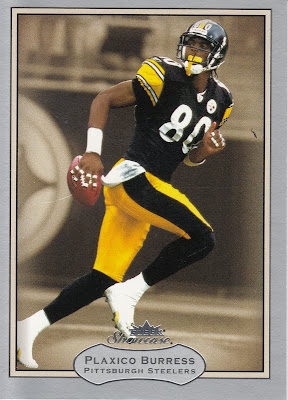 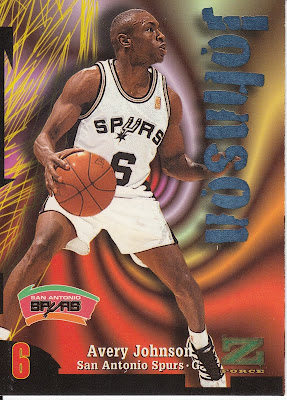 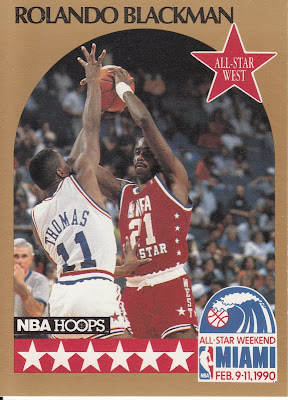 Posted by Hackenbush at 8:50 AM