I short while back I bought a bunch of 20-25 card packs (sealed ziplocks) at the local garage sale.  Each one was just 25 cents and I could see two cards.  I've been opening them one at a time and posting my favorites here.  I realize that I'm not going to get any "mojo hits" but so far I've had a lot of fun with them.

The best card was this 1995 SportFlix Artist's Proof Rickey Henderson: 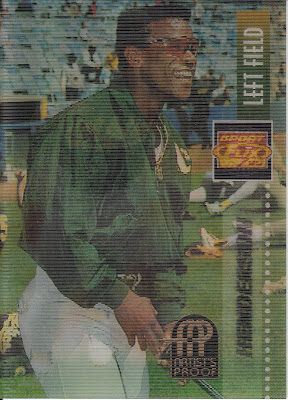 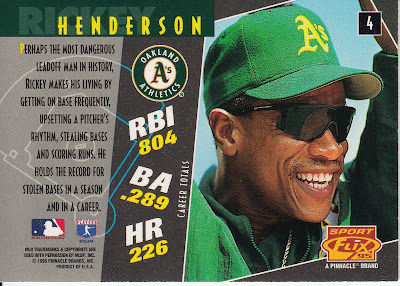 "Rickey wins again"
Some cards are great for their unintended humor: 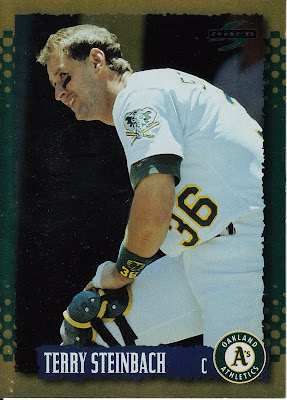 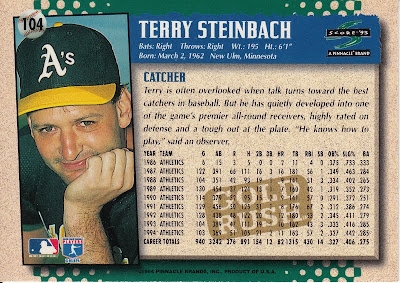 First of all he's certainly not being overlooked by this writer at Score (a relative?).  But what I love best is the lukewarm quote that's attributed simply to "an observer". 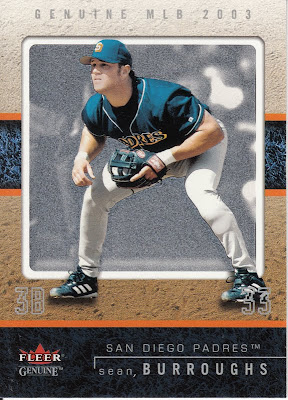 This is a nice looking card and Burroughs is an interesting story.  He is  currently playing with the Diamondbacks after having been out of baseball since 2007.
This last baseball card caught my attention because of Mackey's head.  Of course he has a great name too, "Mackey Sasser".  Check this out: 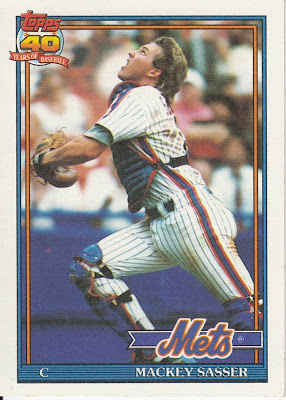 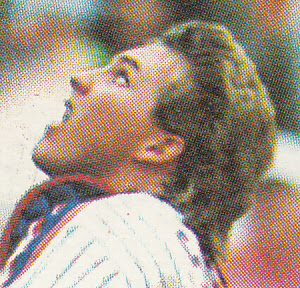 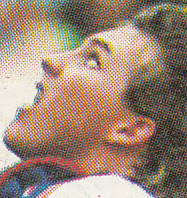 Two basketball cards were worth noting:
As a Bulls fan I hated this guy. 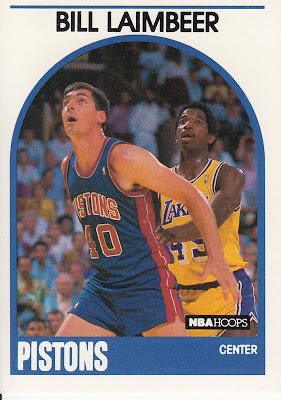 As a Bulls fan I loved this guy. 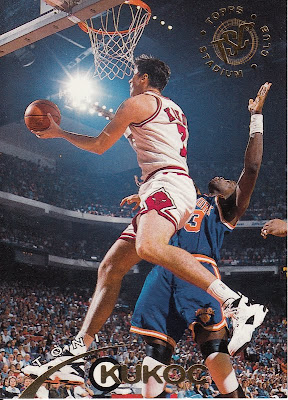 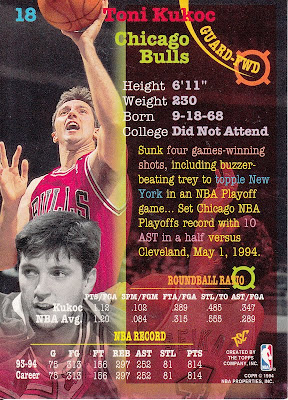 Here are three football cards I like because of the player's names: 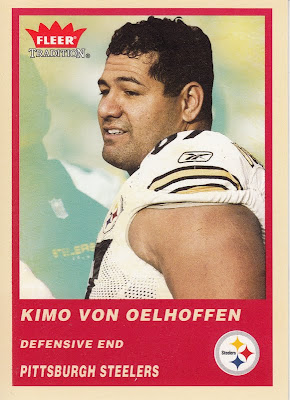 Can't have too many Bubba's. 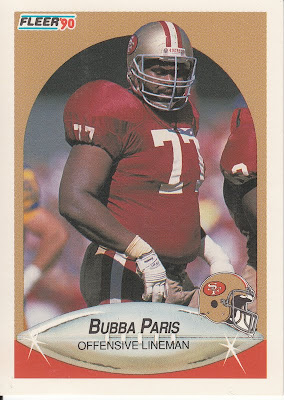 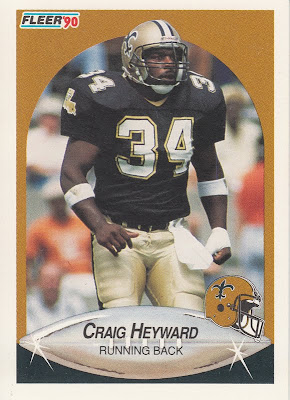 The back of the card says that, "he was nicknamed Ironhead as a youngster because of his stubbornness."
These last handful of football cards just appealed to me aesthetically: 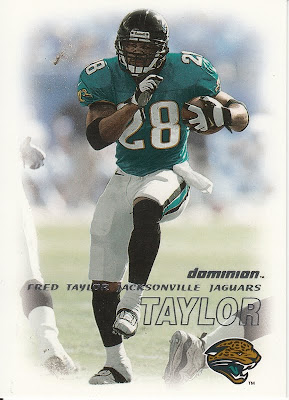 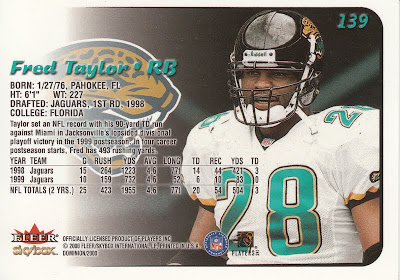 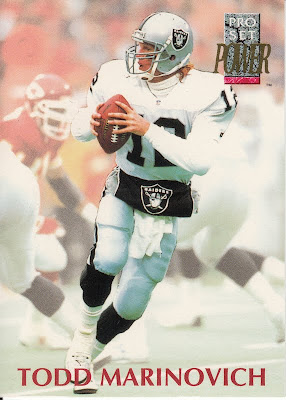 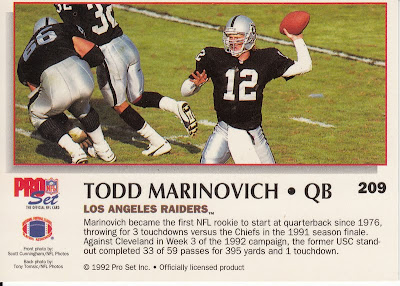 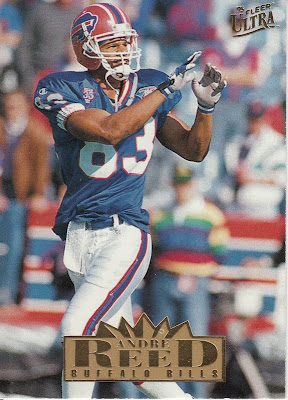 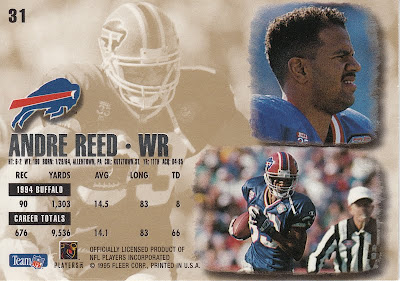 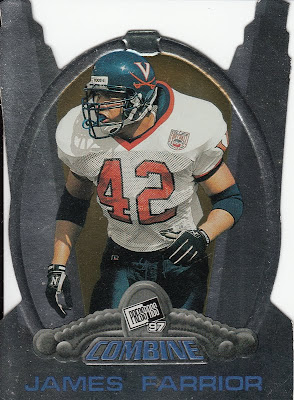 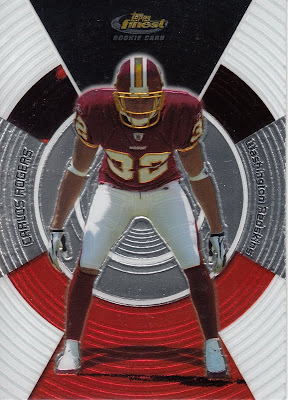 Posted by Hackenbush at 7:14 AM