I'm not exactly sure why I bought this one.  I like Gracie.  Maybe it's because I couldn't score an affordable dual Santo/Grace at the time.  That doesn't make a lot of sense though.  Maybe he hypnotized me with his steely blue eyes. 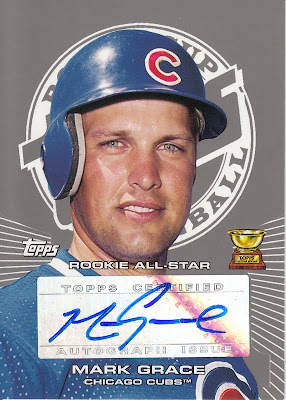 2005 Topps Rookie Cup #RC-MG
Mudcat went 21-7 for the Twins in 1965.  In 2006 he published  Black Aces, a book about the only African-American pitchers to win 20 games in a season.  This card features a nice bright blue on-card signature. 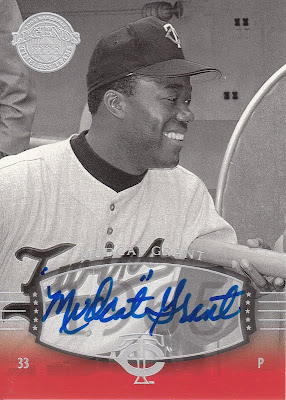 2004 UD Timeless Teams #8
It's a coincidence that there are two cards from the same set back to back here.  I collect autographs from the Swingin'A's and Dick was the second baseman on all three championship teams. 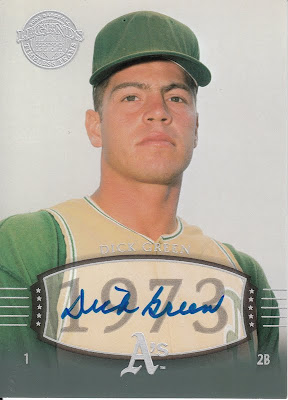