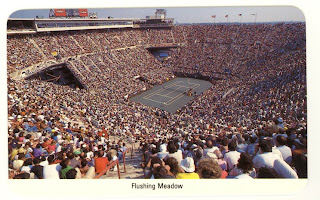 The US Open Tennis Championships are going on right now. I admit to only a passing interest in tennis these days. I will watch the majors when there's a player I know or there's some particular drama involved.

I consider the time I was growing up to be the Golden Age of tennis. You still had the Aussies, Rosewall, Newcombe, Laver, then came Connors, Borg, McEnroe. On the women's side there was of course Billie Jean King, Margaret Court, Yvonne Goolagong, followed by Evert and Navratilova. When I first started watching and playing tennis there were still wood rackets and the game was slower with more finesse and strategy and less pure power. There also seemed to be more excitement due to the personality of the players. Call McEnroe and Connors brats if you want but they were fun to watch.

These cards , from a company called Fax-Pax Educational Cards, were issued in 1987. 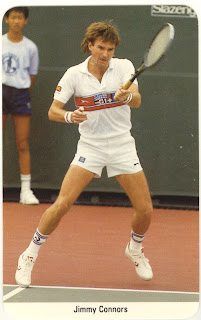 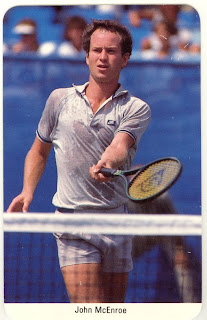 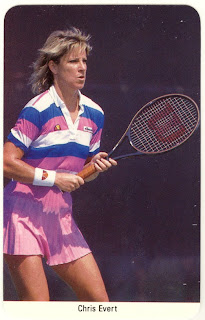 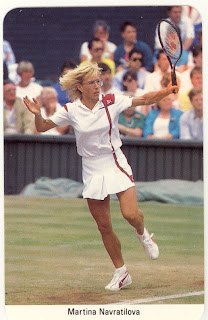