For 3 years SWELL put out sets of Baseball Greats cards. These are all of my 1969 Cubs. 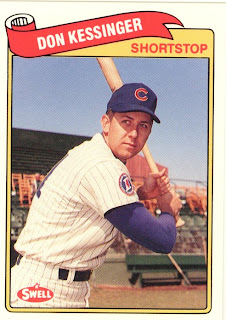 1989 Swell #112 Don Kessinger
The patch on Don's right sleeve commemorates the State of Illinois Sesquicentennial, as presented below. Lovely girl, very 1968. I can't help noticing that her dress seems to be made from the same exact material as the flag. Hmm. 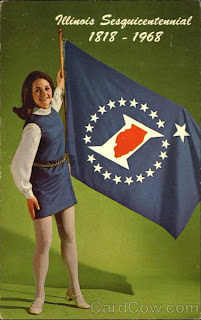 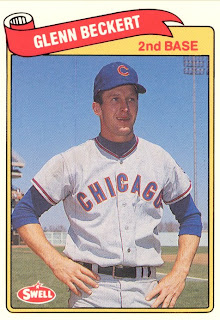 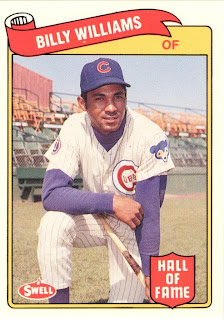 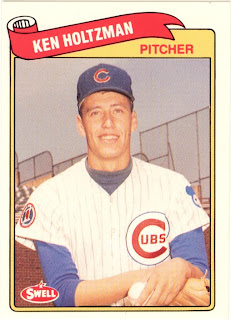 1989 Swell #129 Ken Holtzman
This is a really nice shot of Kenny taken at Wrigley Field. 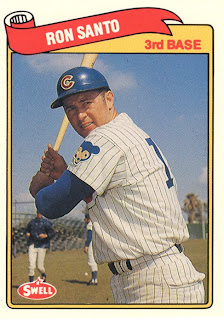 The scan didn't pick this up very well but inside the "C" on Ron's helmet is the number 18. This was common for the Cubs, something Yosh Kawano the longtime clubhouse manager did. I think it's been discussed elsewhere,(Wrigley Wax?). The thing is, Santo's number was and will always be 10. He's wearing his friend and road roommate Glenn Beckert's helmet.

For the 1990 set Swell added BASEBALL GREATS to the front of the card. 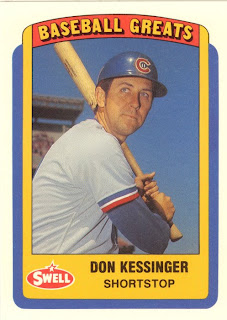 Don's helmet has the number 11. That's his number. OK. Glad we got that straightened out! 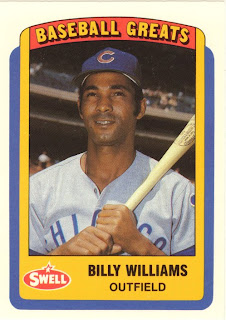 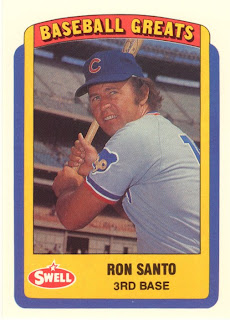 Here's Ron sometime in the '70's. I'm sure someone out there can identify the ballpark. Not me. 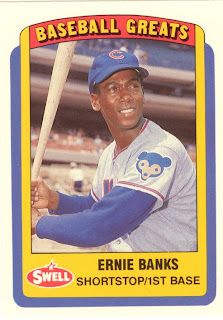